Alright guys. If you’ve been reading the blog for a long time you might remember the Lake House project a couple years ago. Well, it was shot a year ago and it finally came out last month. There is a lot to talk about, and many rooms (kitchen, master, entry bathroom) that aren’t even shown here. Plus when they styled the shots they changed some things based on the shot or the needs of the magazine (I didn’t style it) so I think it would be fun to show you how I originally decorated it, too. But for now, for your viewing pleasure, here is the spread from the Country Living May issue.

And by the way, Country Living Magazine is totally awesome – even if you aren’t country. Its way more modern and fresh than you’d think and the new style director Jami Supsic is AWESOME and I think is going to bring it to even a higher level, so if you pass it up because you think you aren’t Country, think again. 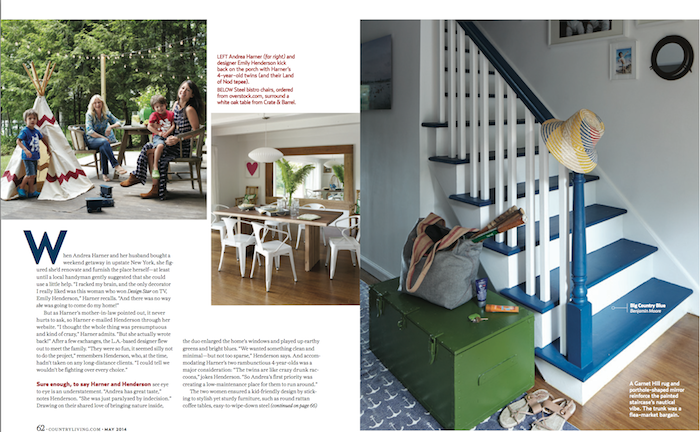 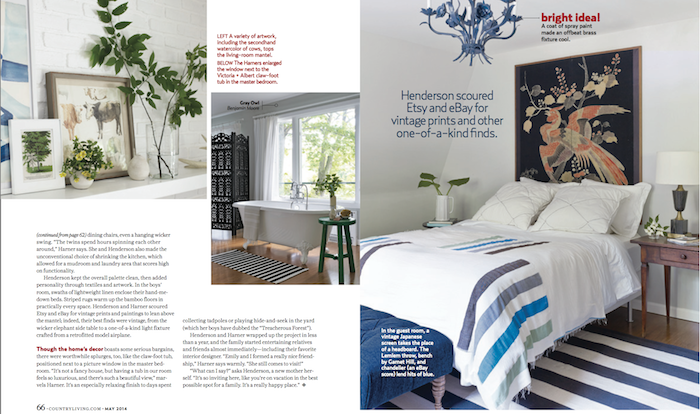 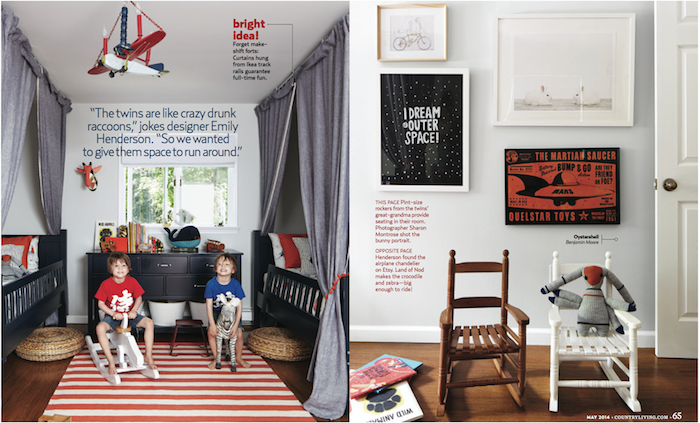 Don’t worry, i’ll do a before/process/after/resources for each room here (plus the others that aren’t shown). I’m just working on getting the photos off my old computer which just wants to show me the colorwheel every time I turn it on. Note to self: put everything in a dropbox from now on.

But all in all it was such a great project with such a great family. I’m psyched to finally be able to show it and talk about it. TGIF folks!