I was flipping through photos (digitially of course, please) when I found some of Ian’s bedroom that I never showed you. It’s his bedroom, and you would be surprised at how difficult it is to make a straight single dude’s bedroom like straight and single — especially for me. But keep reading …

You might remember this all from the show. Here’s what we started with:

OBVIOUSLY THIS IS A BEFORE PHOTO. Jeez. And you know what’s funny? Here’s a secret from a stylist: I actually had to design this “before” room. Ian had just moved in and actually had NO furniture except this bed, so I bought the bad bedding and the Ikea side table. The curtains and the dresser were left from the previous owner. Ian has much better taste than this, but we couldn’t just have an empty room. A “bad before” is way better than just an empty one.

Anyway, I re-did his bedroom (along with his living room, guest room, TV room, and dining room) for the pilot episode to look like this: 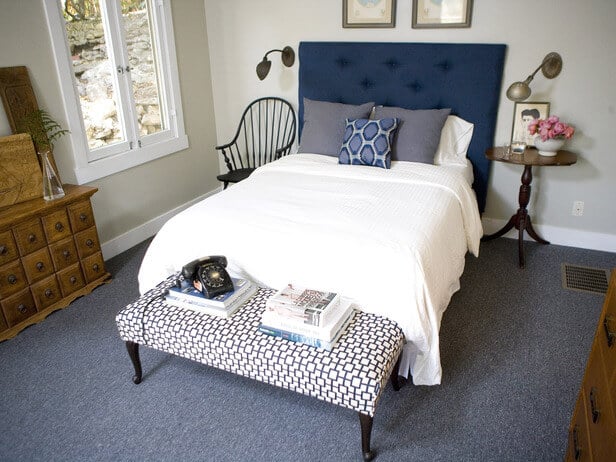 And while it’s so much better, the photo and the styling (mainly the photo) are just not awesome. Being a set photographer and being an interiors photographer are two very different things, with different skill sets. And on TV sets they can’t afford both, so shooting “people” trumps shooting the spaces, and then I want to die when I see them.

Ditto. It just looks “dead.” The angle is weird, the light isn’t exactly complimentary, and it’s not styled to camera. To be fair, the set photographer has around ten minutes to shoot the whole space, often with film set lights, not natural light. They aren’t happy about it either.

So as you know, I hire a photographer afterward and we properly shoot and style the spaces. Because nothing is more satisfying than seeing your space in a beautiful photograph. Except childbirth … or seeing the rapture come after years of predicting it. 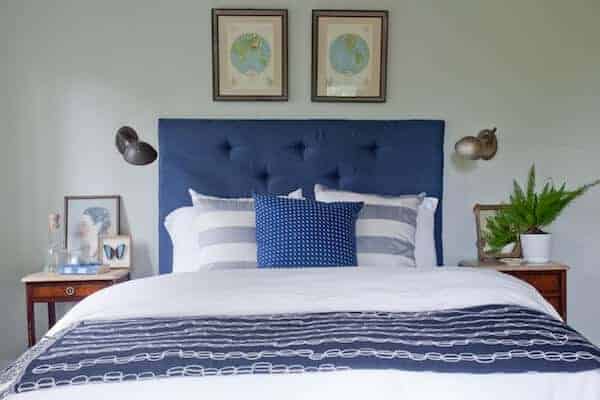 Ahhhhhh … so much better. Bethany Nauert shot it, I styled it, and it’s just better. Yes, they switched out the nightstands (with my permission, please) and I love them. They are both antique and different and work perfectly together. The headboard was a kinda shoddy upholstery job that I wasn’t psyched about, but it’s still good for the $250 it cost. There just should have been more tufts and I should have diamond tufted it instead of just the simple buttons. 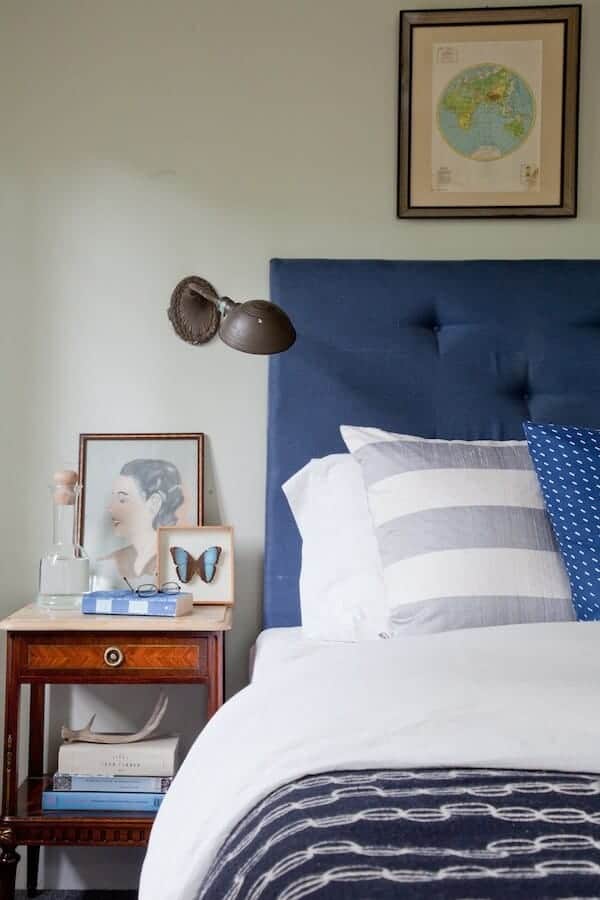 Ian just loves vintage butterflies. Except not. Not that he hates butterflies, I mean who would hate a butterfly? A satanic butterfly Nazi, that’s who. But yes, I brought the props and styled the nightstands. 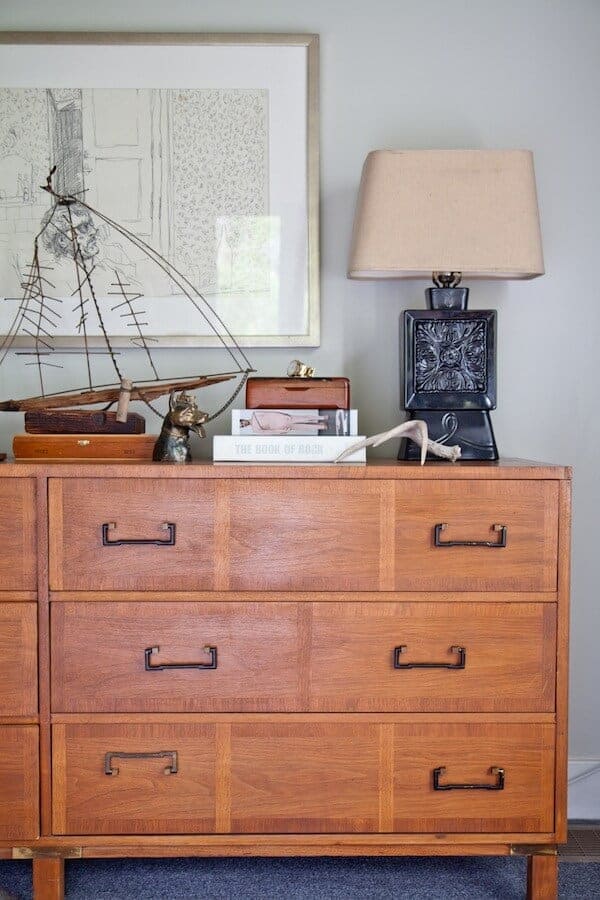 Now that’s a man’s dresser. With his manly jewelry box, drawing of a manly stranger, and vintage brass doggy lighter (man’s best friend) to light his very manly cigars. Ian’s girlfriend has now moved in so this is a relic of his bachelorhood and now there are pretty necklaces and a big starburst mirror above. But in this pic he’s a man full of testosterone … with his wire ship sculpture, natch. 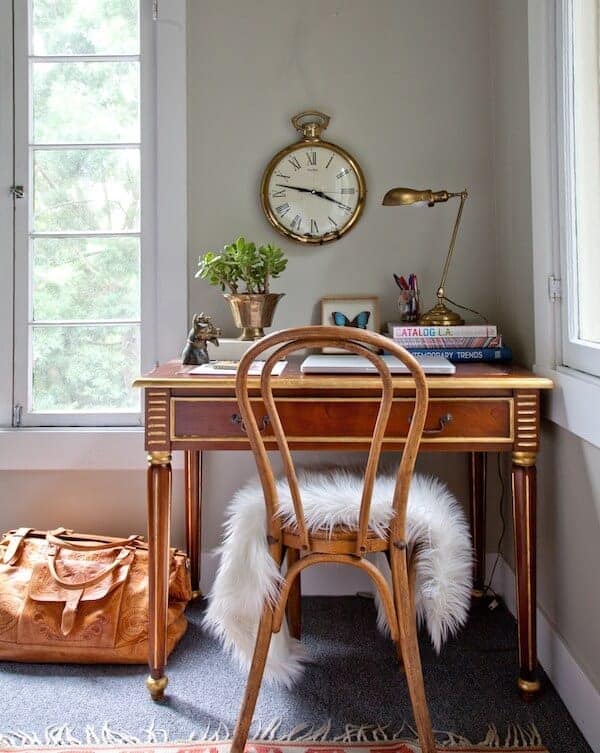 And this is where he pens his letters to his far away lovers and closer mistresses.

Actually his girlfriend is a writer/actor and wanted a quiet place to write. This corner was empty and she added this desk which I LOVE actually, then I threw everything else in there to give it some life and style.

If you were a keen blog reader you might notice the butterfly and the doggy lighter … more secrets … from a stylist. Yes, you move things around. Now when doing it for magazines or ads where there is a huge budgets involved you DEFINITELY don’t do this because yes, people will notice and it’s very amateur. But when iIm shooting with just my own props, sometimes this happens.

So there you are, friends. Don’t forget to check out Ian’s living room and TV room.

Thanks Bethany Nauert for shooting this bedroom all pretty.

For more of Ian Brennan’s Home: The TV Room | The Vintage Desk | The Living Room