It’s a master bedroom before and after, and it’s one of my favorites. We had finished their kids’ rooms and it was time to move on to working with mature adults, whom strangely didn’t want any One Direction posters in their room no matter how hard I tried to sell them. This was really a case of just decorating and styling — they already had a great bed and a great high boy dresser, but they needed some style, color, and a cohesive design plan. Luckily, they have good taste and had a budget; nothing too luxury, but they knew that if they were going to hire a designer it’s best to actually give them resources to do a good job — how very refreshing, indeed.

But first, let’s start with the very first “before.” When we got the call from these new clients, the first request was paint colors, and FAST. We had just a couple days to choose, swatch, and make final decisions about the paint in all the rooms downstairs that were under construction without seeing what they already had or having a design plan.  So yes, we had to be a bit on the safe side. 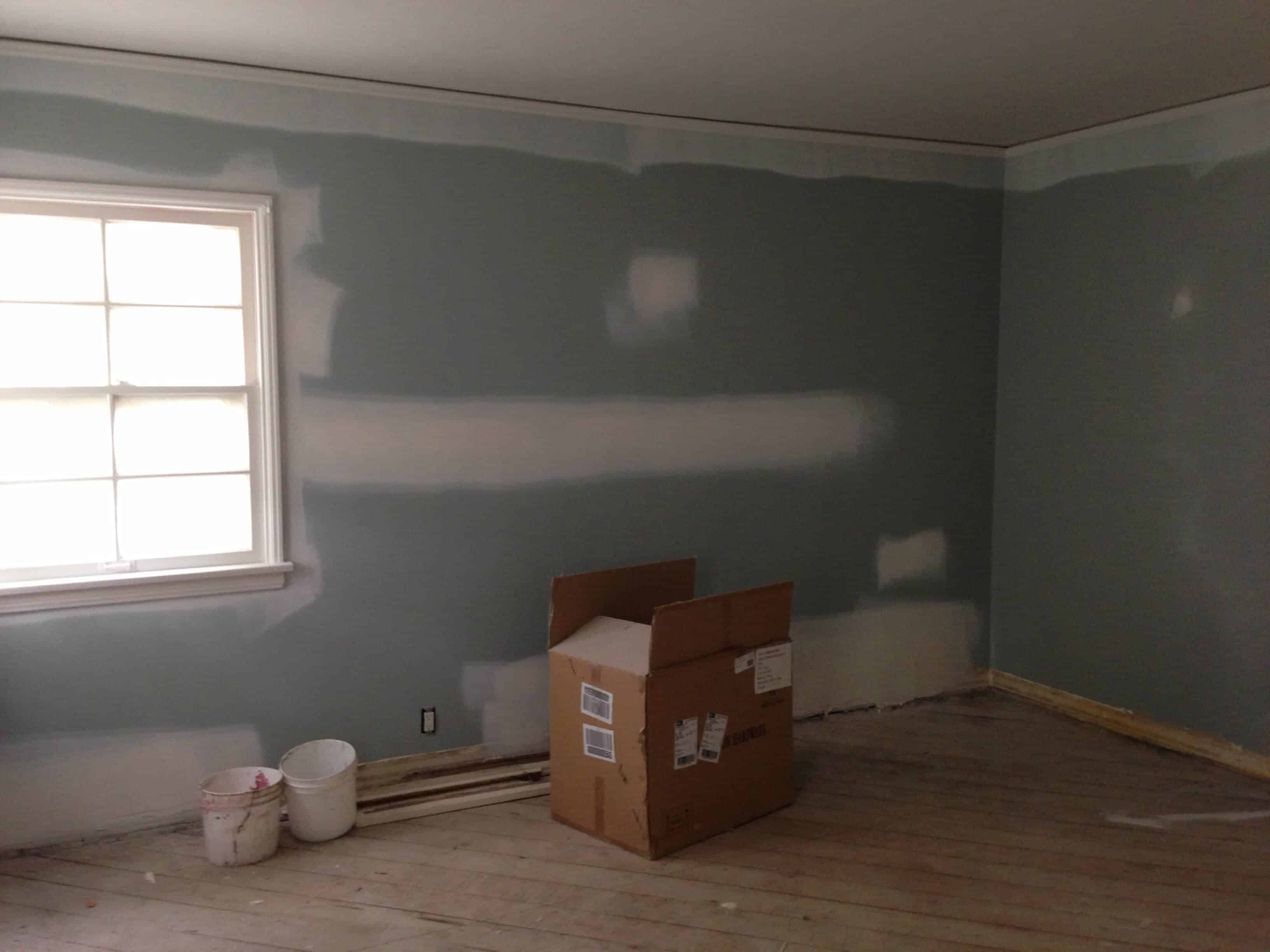 Luckily, after designing the 26 rooms on the show and 10 houses since, I have my go-to’s that everybody universally loves. So I chose my favorite gray, Benjamin Moore, Gray Owl for the room and they went for it. Phew. 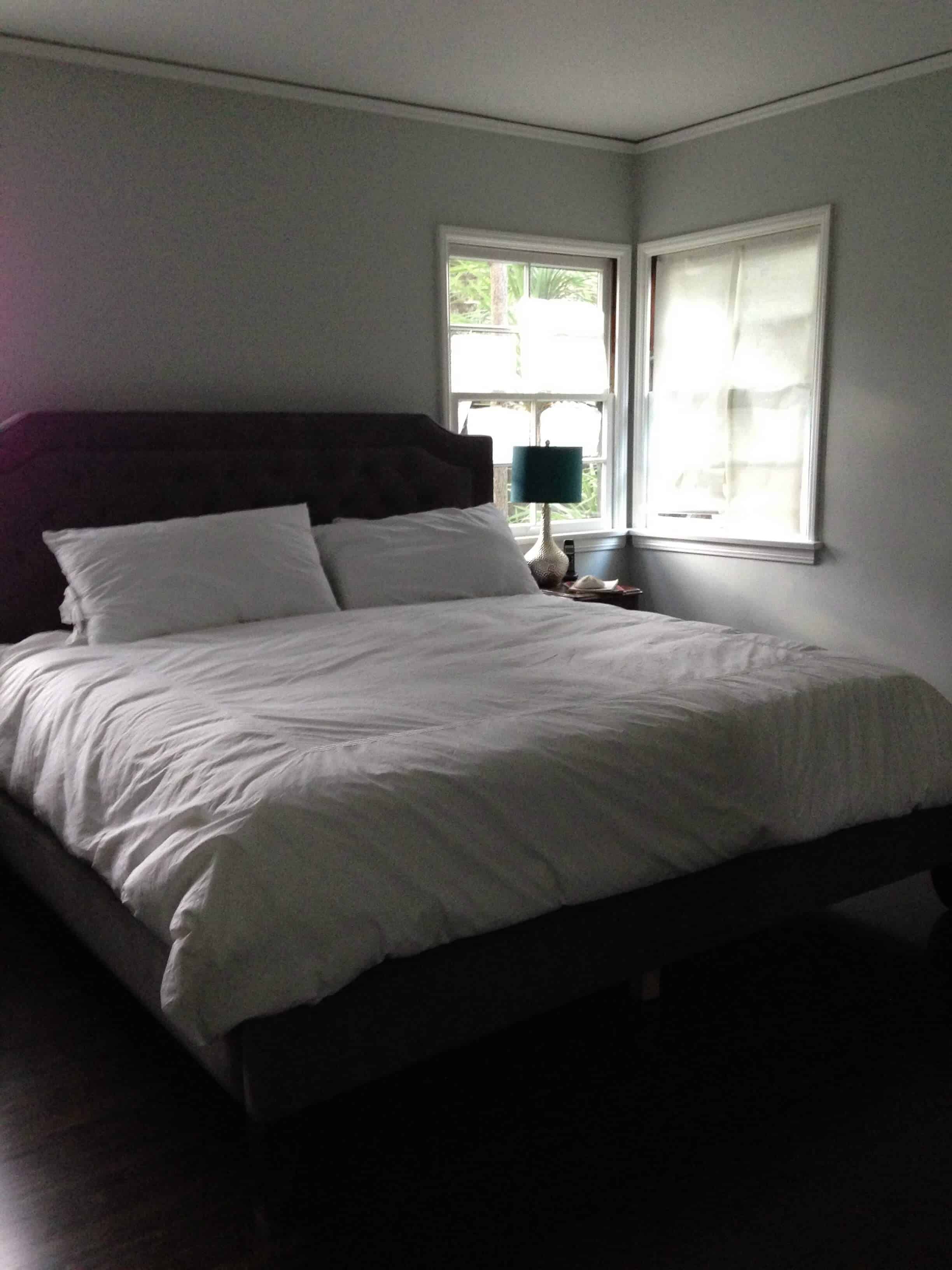 So that is really where we started. The bed is great but other than that they needed everything. Stylistically they wanted it to go a little Hollywood regency, but still have it feel calm and quiet; nothing too insane and no busy patterns. They were open to any colors although they LOVE peacock blue and teal — it’s like I’m a magnet for people who love blue. I swear that it’s not always my idea. It’s just style fate. 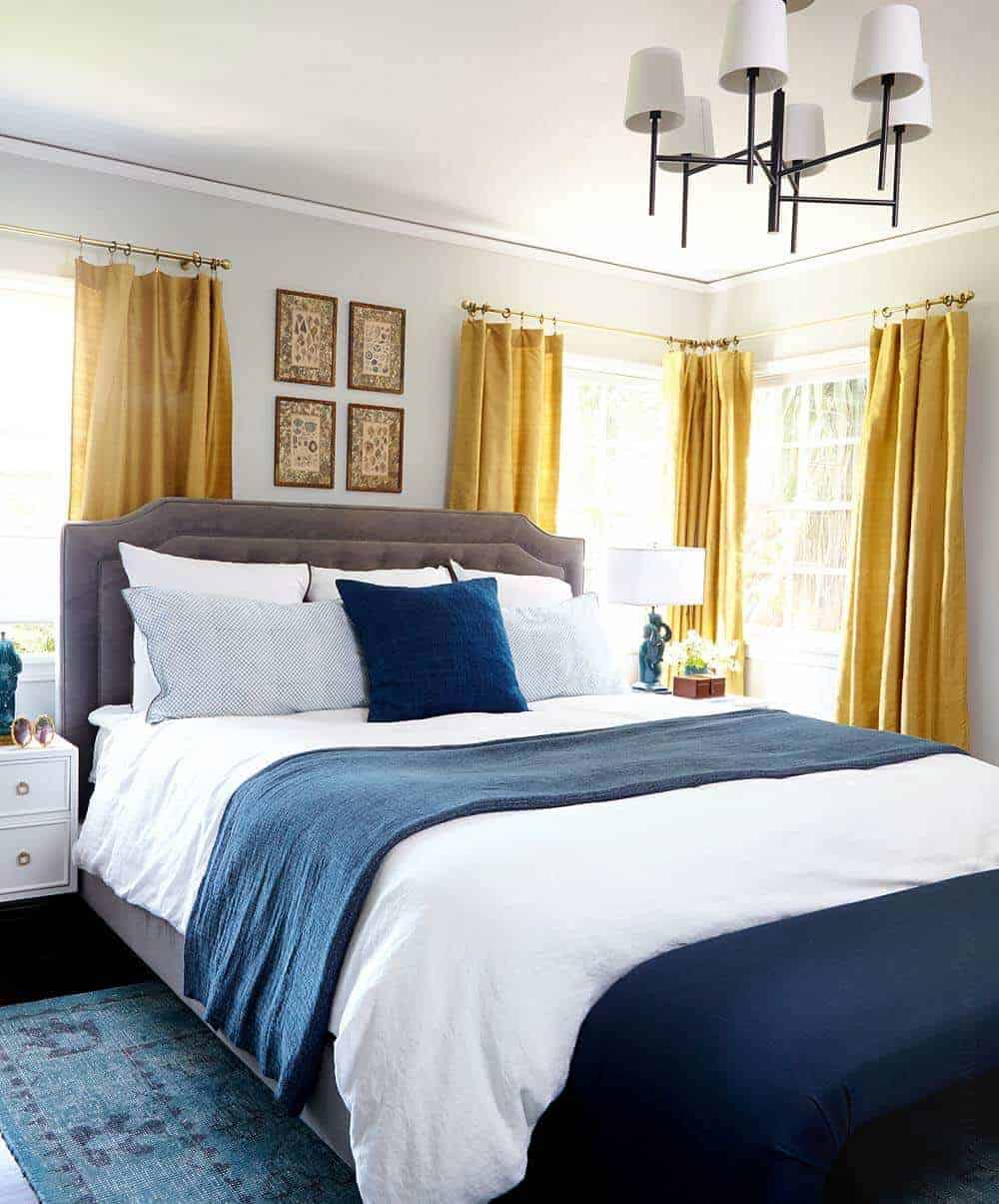 The biggest challenge was where to put the bed. There were only two wall options. The first would be the wall that you see when you walk in and it would have made the bed really hug one side of the room, and then the bed looks straight at the door when you walk in and it made walking tight, which is fine if you need to but it’s definitely not ideal. The other wall is the window wall, and the bed doesn’t fit in between the two windows as is, so we had to come up with a solution. We decided to put extra curtains behind the bed so it kinda becomes the focal headboard wall and you don’t notice how the windows are small. It made the windows look bigger, and added so much softness behind the bed. We just floated the bed out a few inches to allow for the curtains to hang properly. 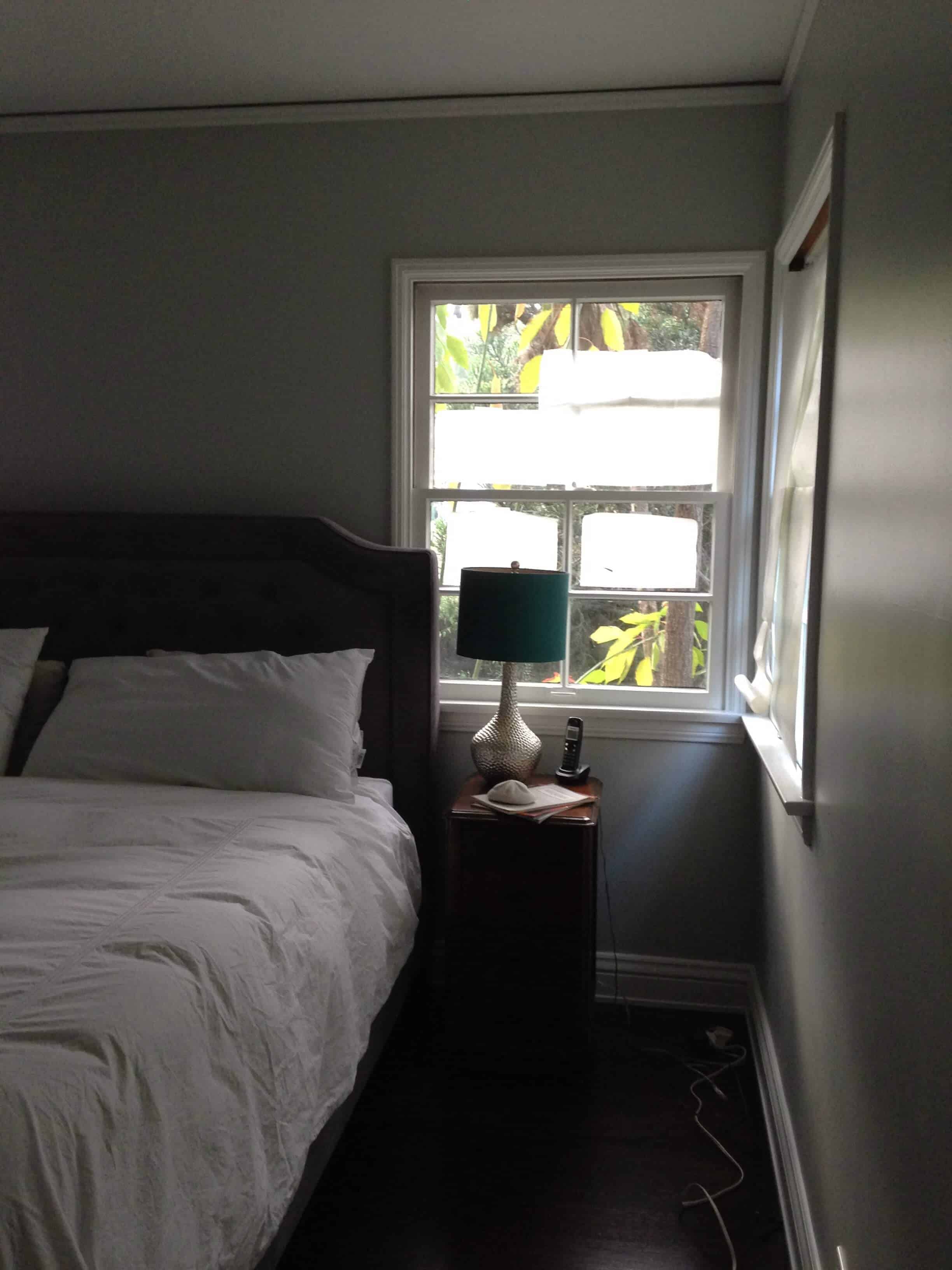 The nightstands and lamps were too small and just didn’t have much of a design point of view. 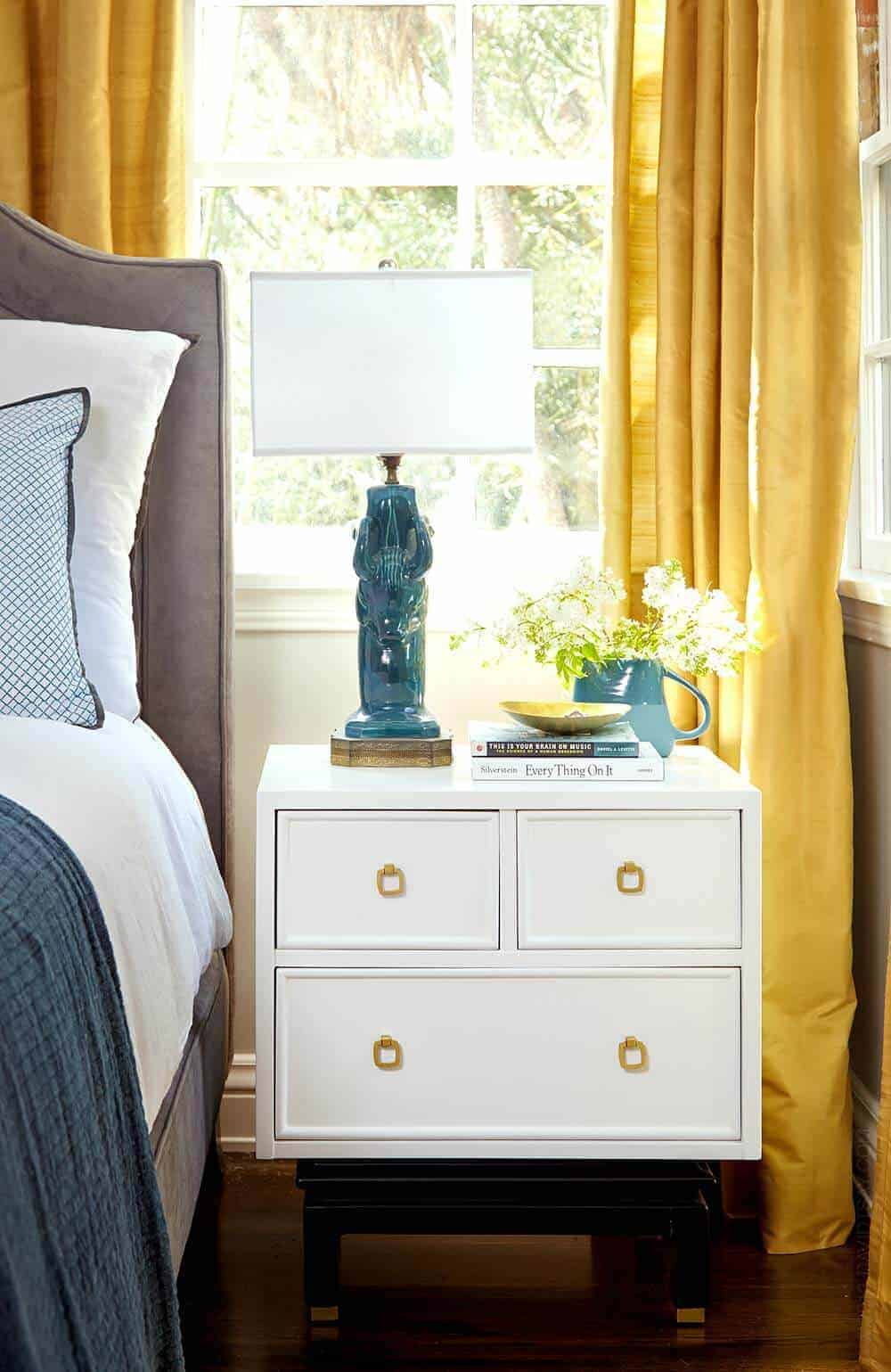 So I found those blue lamps at the flea market and it was VERY hard to give them up, the hoarder in me was chanting, but, but, but, those are miiiiiine … , but we wanted them to take up more visual space since that king bed is big. So we added these larger scale rectangular shades that made them look more modern and were a better proportion to the bed. Also, if a lamp has a rectangular or base, I say go for a rectangular shade. It instantly makes it more modern and a little more masculine. 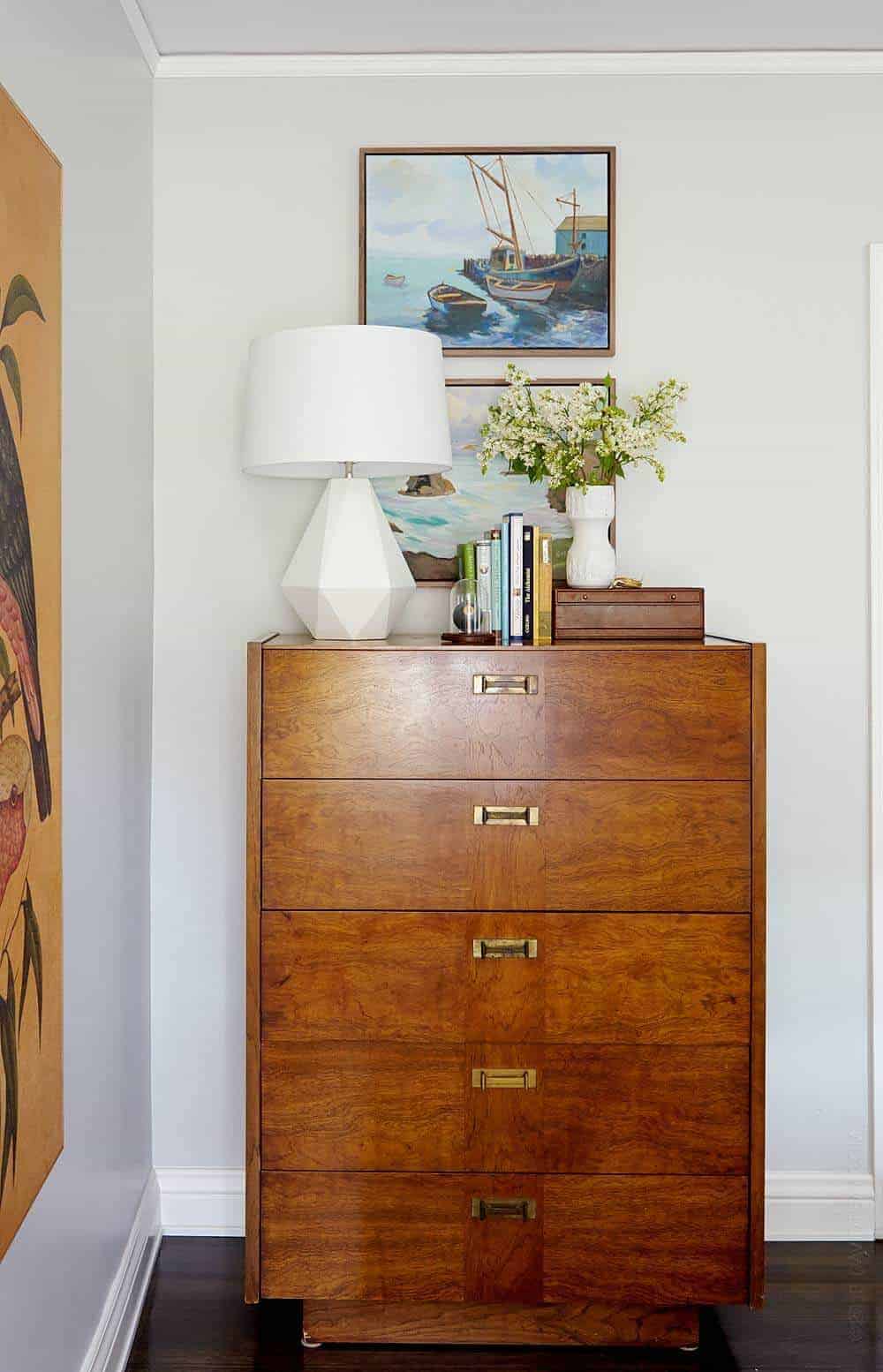 Across from the bedroom is a high boy dresser that they already had, and I love. And we styled it up with a pretty white geode lamp from Lamps Plus and some of their books. The paintings were done by, I believe a mom or grandma of theirs, and we just had them framed/floated in simple walnut frames — something that felt traditional and modern at the same time (as opposed to like a modern white lacquer frames or ornate traditional frame). 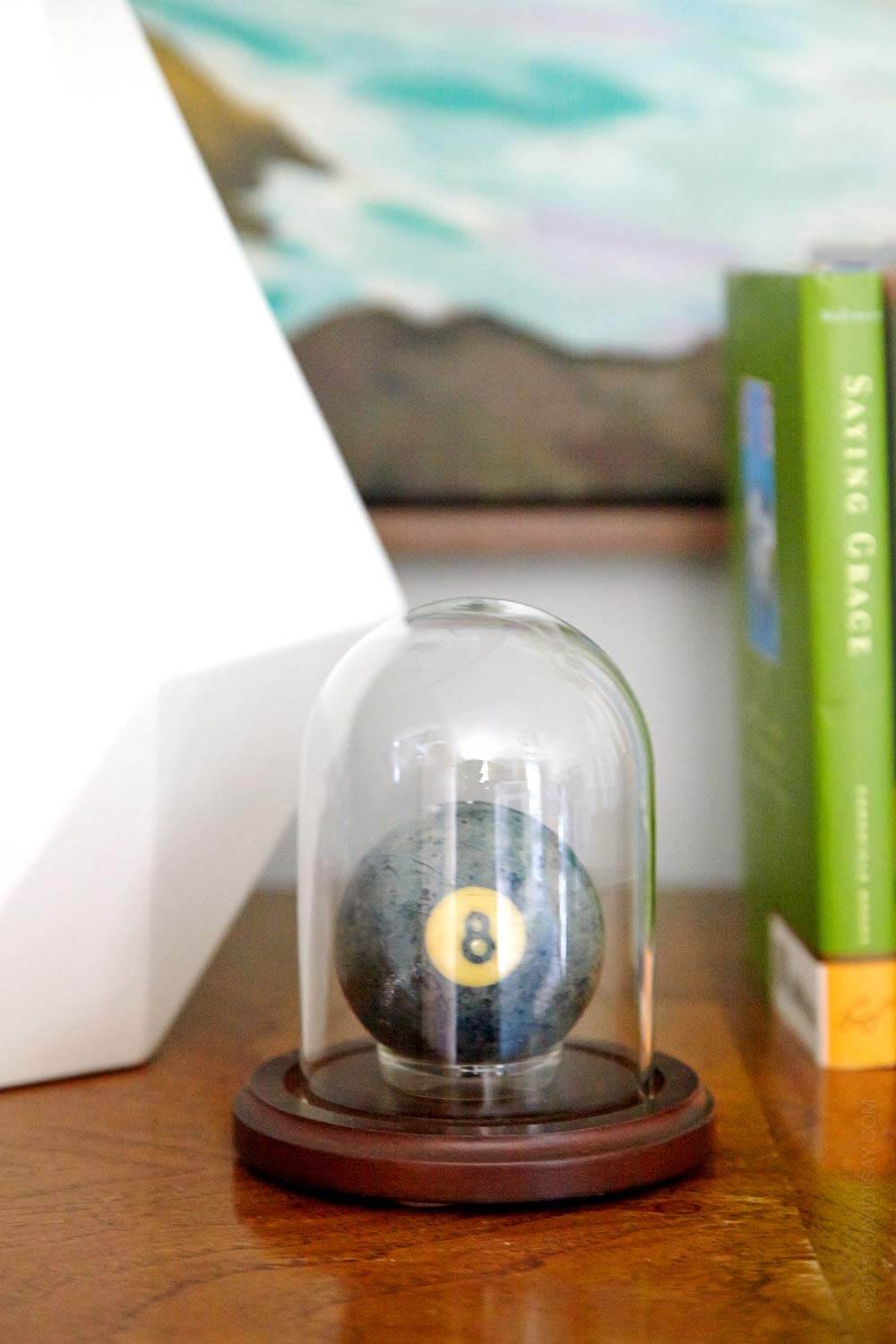 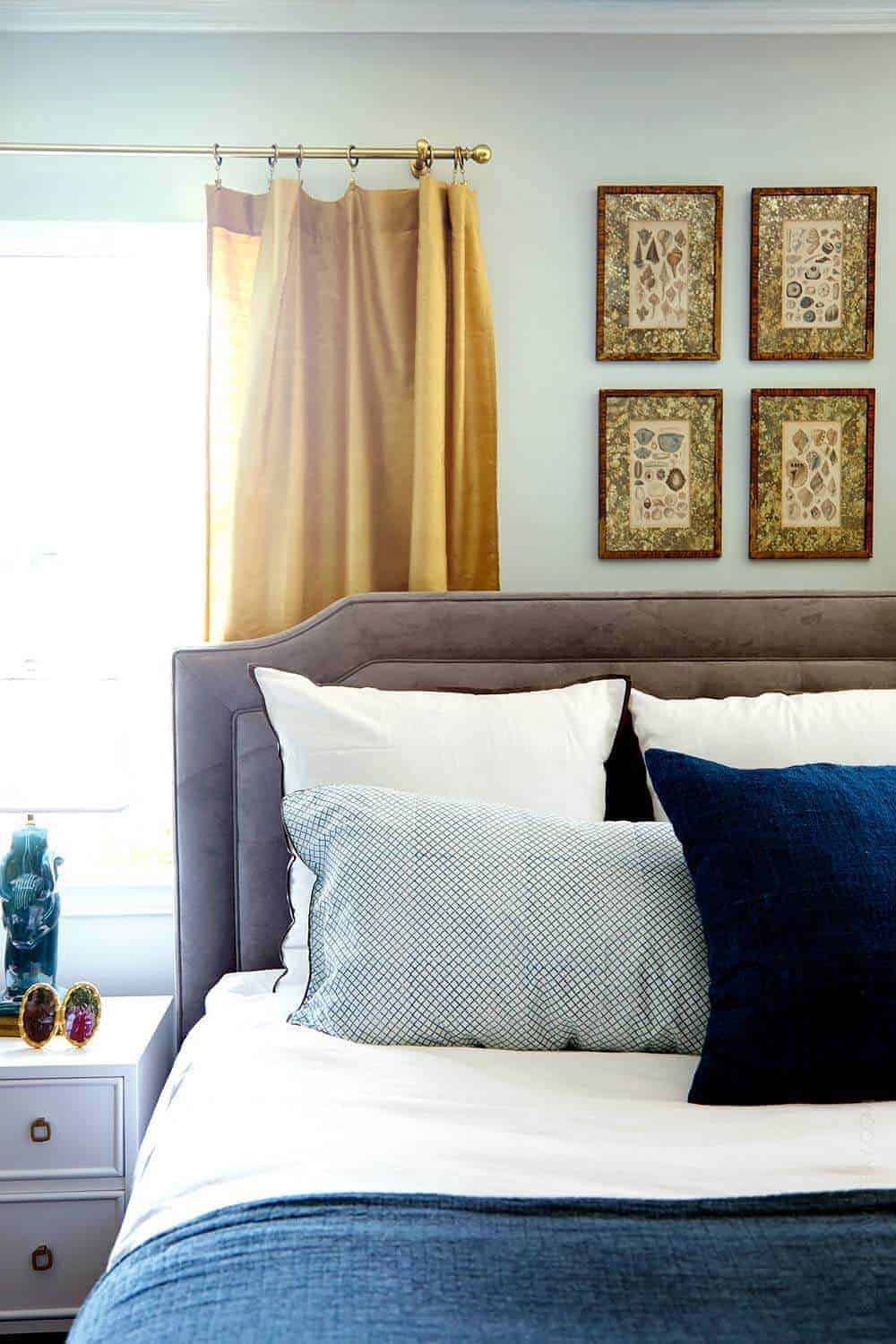 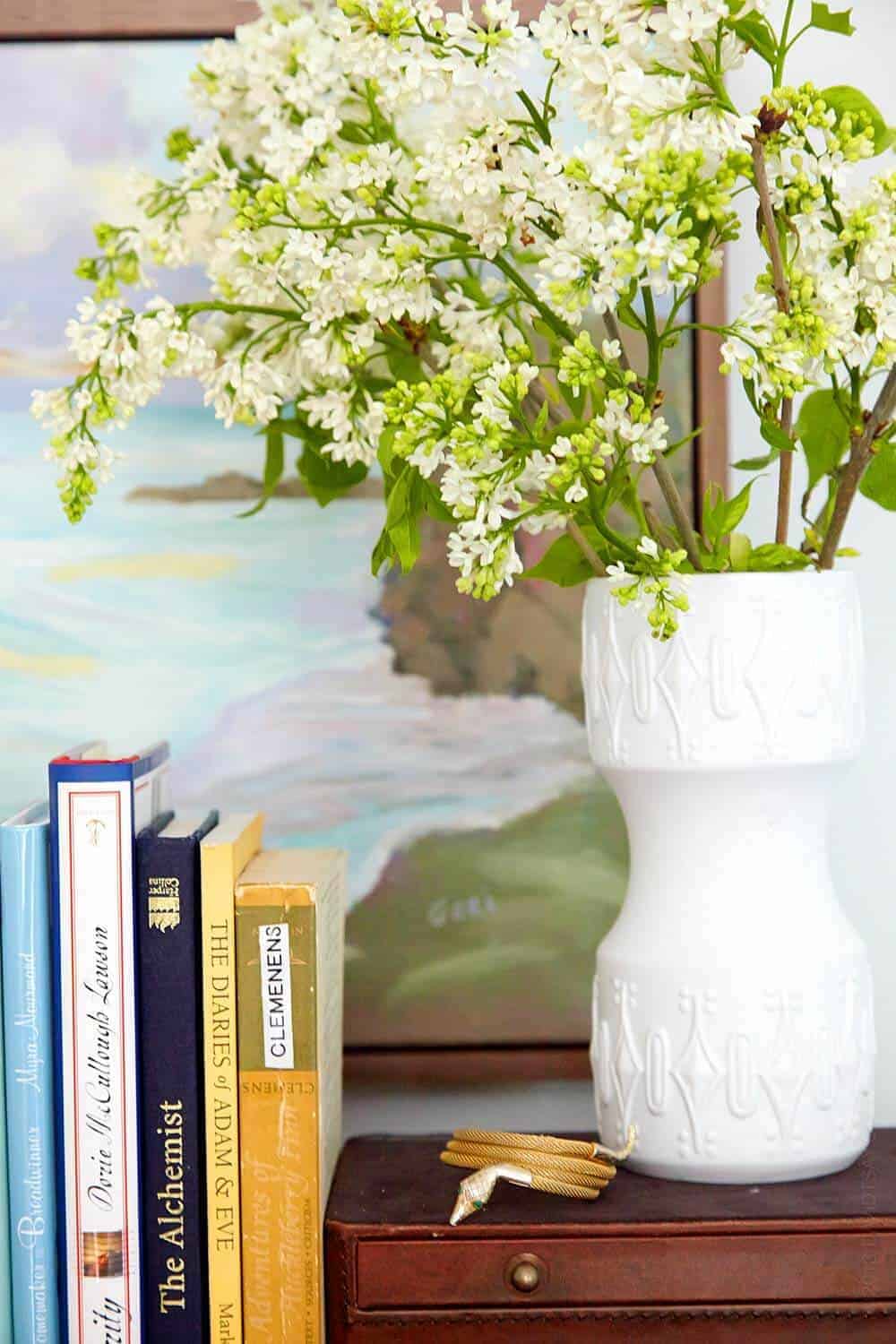 So there you have it. A master bedroom redo that makes me jealous all over.

Shoot was produced/designed and styled by me and Orlando, shot by David Tsay.

351 Comments
Oldest
Newest Most Voted
Inline Feedbacks
View all comments
Our sites use cookies to improve your experience. Learn more