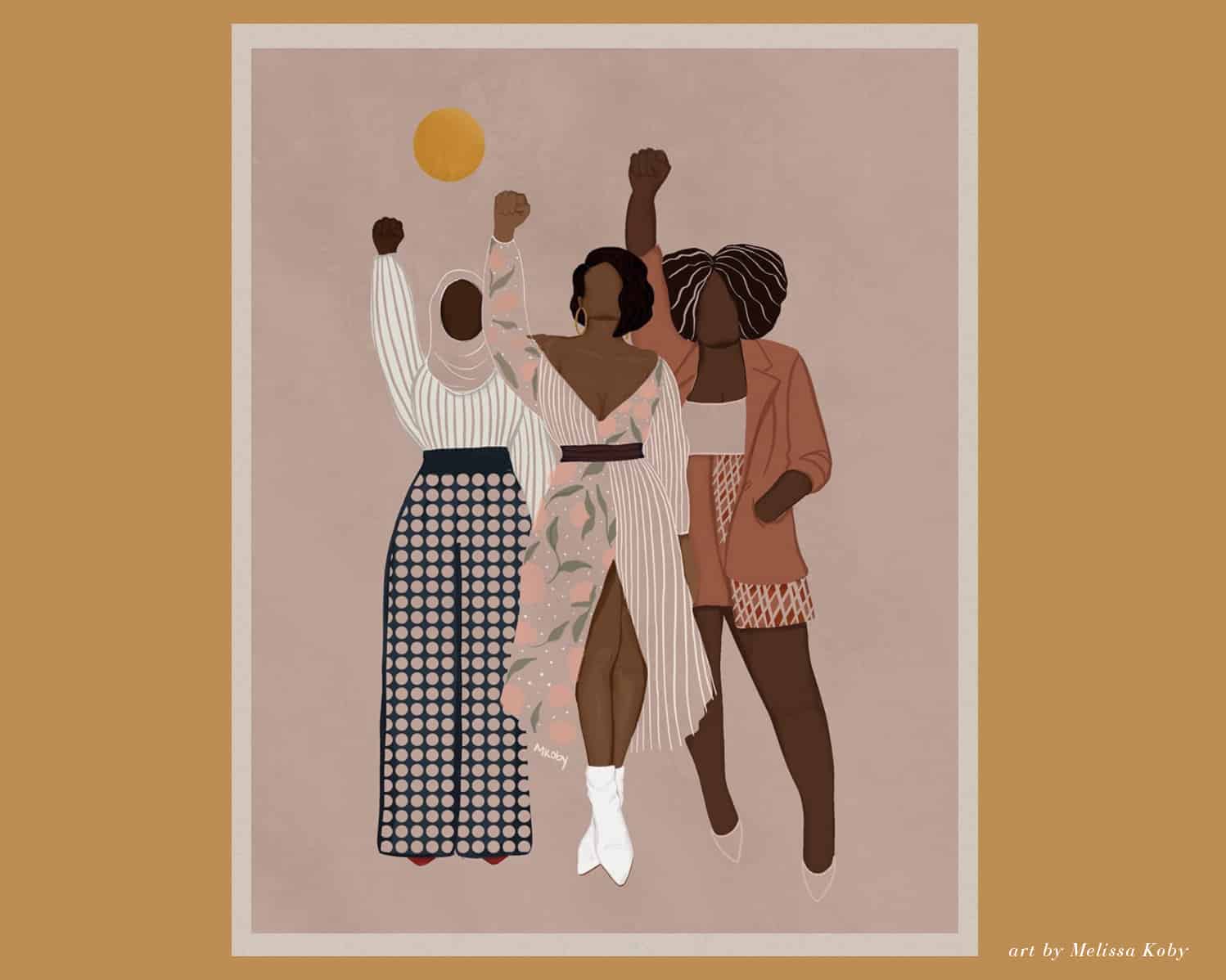 Today is June 19th, but for many Americans it is a holiday better known as Juneteenth. Even if you hadn’t heard of Juneteenth until this year, if you’ve been anywhere near social media in the recent days (or hours), there’s very little doubt that you’ve seen SOMETHING about this historically significant day. But just in case you’re still not sure what Juneteenth commemorates, here’s a short summary (via Juneteenth.com):

Juneteenth is the oldest nationally celebrated commemoration of the ending of slavery in the United States. Dating back to 1865, it was on June 19th that the Union soldiers, led by Major General Gordon Granger, landed at Galveston, Texas with news that the war had ended and that the enslaved were now free. Note that this was two and a half years after President Lincoln’s Emancipation Proclamation – which had become official January 1, 1863.

Just to reiterate, enslaved people in Texas weren’t freed until two and a half years after Lincoln signed the Emancipation Proclamation. But, as we’ve been learning, there is so much more to understand about this historic day. So we’ve rounded up five articles that explore and explain the true significance of Juneteenth.

In recognition of Juneteenth, the EHD team is spending today out of the office (aka our living rooms) and instead heading to some of the local marches and protests in the LA area. If you’re looking for different ways to get involved this Juneteenth here are a few suggestions:

Finally, here’s a list of just a few things protesting – whether that be in the streets, signing petitions, sending emails, or making phone calls – has accomplished so far (while also recognizing that many organizations had been working on several of the items long before the events of the last few weeks):

One more thing. If you are wondering if you can purchase the beautiful piece in the opening photo and aptly named Change, you can! Head to Melissa Koby’s Etsy shop.

Thank you for sharing all these informative resources!

I recently heard the following advice for white people who are ready to start taking action but don’t know where to start: start with having conversations with your racist family members or racist community members where you have an existing relationship. You’re uniquely situated to make progress with them.

What better way to show solidarity with Juneteenth than to start chipping away at your own racist corner of the world? Along with the celebration side of things, of course.

Yes. I had a conversation with someone yesterday about the difference between ‘not racist’ and ‘anti-racist’

Who died and left you in charge of judging other people’s speech? Short of someone using an obvious racial slur, how do YOU know whether someone else’s views are “racist”?

This isn’t Communist China during the “Cultural Revolution” (and anyone who has read books about it knows how well that turned out for China — hint: horrific). We live in a democracy where people are allowed to think what they want to think and the only person whose speech you get to police is your own. Thinking you know what’s right and how other people should think is just George Orwell’s nightmare come to life.

FFS, the BLM movement isn’t about YOU. And attacking your family members and colleagues who you’ve decided are racist and need to be re-educated just makes this all about YOU patting yourself on the back and being a dang nightmare.

To be very clear, “start having conversations” does not mean “attacking your family members and colleagues.”

Robin DiAngelo? Lol. A white woman who figured out how to make her career by using black people in a politically correct way. Plenty of other great books written by black people out there that are far better than DiAngelo’s mush.

Here’s the podcast I suggest you listen to:

If you’re actually interested in a conversation, rather than preaching and patting yourself on the back for how woke you are, you’ll listen to a different perspective and one that is NOT right wing but sees this book for what it is: cultlike BS.

If you’d like to read substantive, important books about the state of black people in this country, written by actual scholars (as opposed to cult-like, self-promoting, diversity-workshop fascists like Robin DiAngelo), read:

1. Locking Up Our Own: Crime and Punishment in Black America
2. The Origins of the Urban Crisis

No one said anything about “attacking” anyone.
For most people, within normal bell curve range, a “conversation” is a discussion and respectful sharing of information and opinions.
Key word = respectful.
Chill.

Come now, you don’t want to talk WITH your “racist friends and family members” who you think need reeducation. You want to talk AT them. At least be honest about it.

Hi Lee, just as you noted you don’t want others to make a judgement towards you, I don’t want anyone thinking they know what my intention is behind my private conversations with my family and friends. How I choose to approach them will determine how they choose to see where I am coming from. I actually do really want to talk WITH my family. My dad works in the housing market and my hope is he will agree that Black people in this country do not have the same opportunities my family has had simply because of the color of his skin. My hope is in talking WITH my dad specifically, we can have a respectful conversation where he shares his educated insight in what actions might work in alleviating the many road blocks People of Color encounter just based on their skin tone when trying to buy a home. I’m personally really struggling in understanding where people are coming from when they say they do not see an issue with race in this country on any level. My father (or anyone else I choose to speak with) may say there are only small problems and we can disagree on… Read more »

Great post! Just a clarification note from a Twin Cities resident – the Minneapolis City Council has not formally voted to defund the police. Instead, 9 members have PLEDGED to accomplish this. Since 9 members of the council are standing together, it would be a veto-proof majority that cannot be overturned by the Mayor should it move to a vote. We are still in the early stages of making positive change!

Thank you for sharing this on your blog, I appreciate you informing yourself and others!

I’d never heard of Juneteenth until I read this! Thank you.
I’ve been learning so much from this blog (and sharing that learning with so many people).

In Australia, there’s been a movement foryears, to change Australia Day to a different date. Aboriginal people see it as Invasion Day, since it’s the date Captain Cooke sailed into Botany Bay and started killing the indigenous people, even though he declared it “Terra Annulus” land of no people.
The date proposed for Australia Day is the date the country was federated, as in actually agreed to become a group of states to form the nation, Australia.
Biggest hurdle? Old, white people that like the day in mid-summer for BBQs, etc.
The date of federation is in winter.
Phoot!
Gimme a referendum and I and most of the citizens of this land will vote it to be changed.

Bring on the change! We, the many peoples, the human beings who are actually being human, are ready!!!

That’s a wonderful idea. I hope it will be changed!

Someone needs to tell the grumps that they are still allowed to have barbecues and picnics in the summer, even without a racist holiday. Ha!

I love this picture. Can you tell me who created it?

Another amazing resource, Movement for Black Lives is going to be streaming all day celebrating Juneteenth! Turn it on for a while and enjoy: https://www.youtube.com/watch?v=PbhTh6GA-8w

I appreciate this post. These past few weeks have involved some solid unlearning, far more than I foolishly thought I needed. It’s heartening to see team EHD following through on informing themselves and their following, long may it continue.

Thank you so much and be assured it will continue xx

I just bought a print from Melissa’s Etsy shop because of you publicizing her talent – thank you! My three-year-old daughter is mixed and I’m ensuring that the art in her room celebrates her wonderful heritage. I can’t wait to hang Melissa’s print above her bed.

Thank you so much for your continued posts about racial equality and what we can all do to move this cause forward.

Melissa’s work is wonderful so that makes us so happy to hear!

I am so disappointed that one of my favorite blogs get so much into subjects like that. I guess I need to pay more attention to post heading and skip any that suggest anything other than decorating subjects.

We are very sorry that you feel that continuing the conversation of dismantling white supremacy is disappointing. This day, in particular, is incredibly important and to not talk about it would go against how we are actively trying to change. This will always be a design blog, but a design blog that is working to be much better.

Excellent post. Thank you so much for keeping on with this. It gives me hope.

This post makes me feel hopeful that change and human rights can happen in the US.

Thank you for using your platform to spread these important messages!

Thank you, EHD team. You are an inspiration to me in this work and a great resource. Here’s to a lifetime of working toward an inclusive, equality-focused society!

Thanks for all of the information. I appreciate your thorough coverage. Great job!

Really appreciate that you’re taking the time and space to cover this. It’s why I still visit this site almost daily.

THANK YOU! i know you’re not sure if you believe in God or whatever, but even if you don’t. I really believe you are on your way to Heaven. 🙂 once your eyes are open, if you don’t fight for justice, that is the gravest sin.