Well Charlie is 3 1/2 months old now and I’m still suffering severely from postpartum obsession. I just love this little mush pile so much. Not every day is perfect, certainly, but when I’m tired (often) and frustrated  (often enough) I just think about how things will not always be like this. Someday he is going to be grown up and will probably call me WAY less than I want him to and visit even less than that.

It makes me so grateful every single second that he is my baby right now; that he looks at me with nothing other than pure innocent love, that he needs me right now more than he needs anyone else. I don’t annoy him ever; I am the best! I am his person and I’m not always going to be that. I don’t want a day to go by that I don’t hug him, kiss him, squeeze him and appreciate the fact that I have his 18 pound mushy body in my arms. Everybody says cherish every day because they grow up so fast and I’m really really trying to do just that.

Because even though his crying can be frustrating at times, at least I get to be the one that soothes him and that will not always be the case. 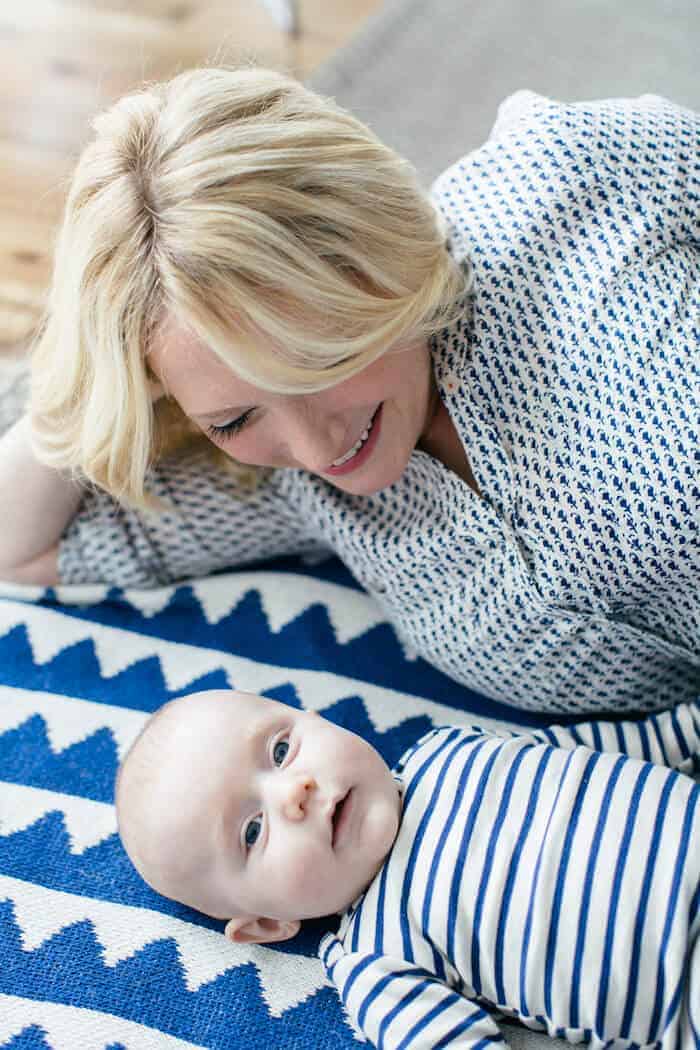 But work is nuts in a good way and its been super hard emotionally to know that there are some days/weeks/months that I will not see Charlie nearly as much as I want to and possibly as much as a mom should. Last week while we were in Austin for SXSW I was working 9am – 8pm for the first five days. Brian watched Charlie and would come bring him to the site so I could feed him and hold him for an hour at a time, but by the end of the five days doing that I was bawling. It just wasn’t enough. He clearly was preferring Brian over me. Brian made him smile faster and bigger, he knew more about how he was doing/feeling/napping, he had more special daddy/son games that he played with him, and I was super sad and pretty jealous. 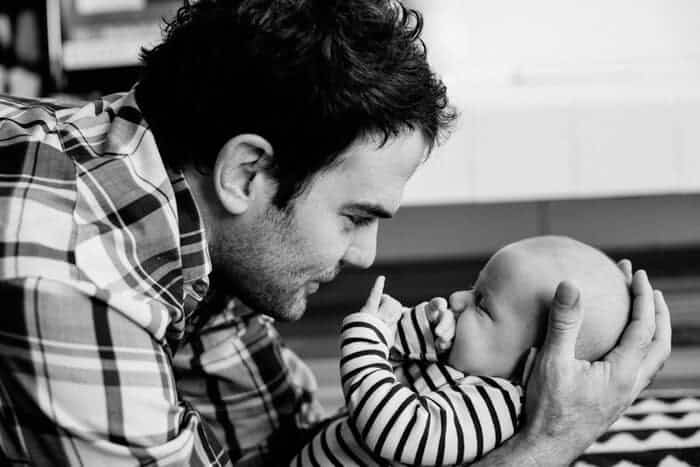 It made me want to almost give in and say, ok, since I’m the breadwinner maybe I just need to come to terms that Brian will always be preferred over me, he’ll always be the one that knows him better and maybe that’s just our life. It made me realize that this is how most dads probably feel and that is why they often take a back seat. It’s not giving up, it’s just acquiescing to a situation you think you can’t change. And maybe you can’t. It’s almost like, well, if he is going to prefer his mom then I should work really hard to be the best provider possible – to do ‘my job’.  You can’t really compete so you focus your energy playing a different game. 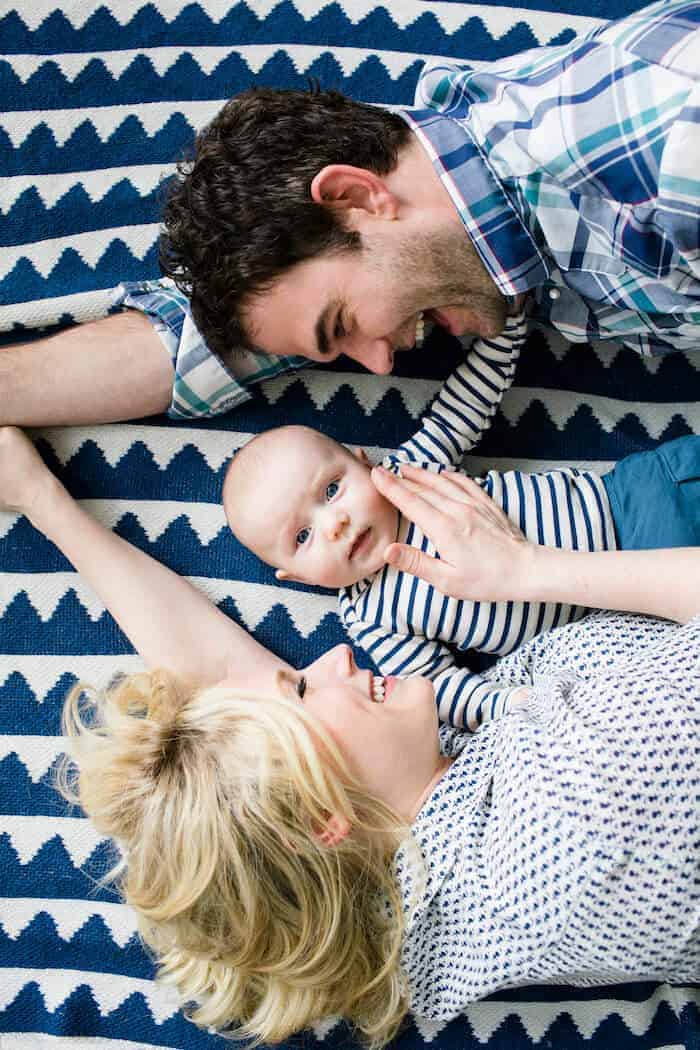 Except that then I spent 8 straight hours with him the day after we finished the installation, without Brian, and I realized  that I CAN change that situation. I’m his mommy and he still loves me as much as his daddy – not automatically, but If I work at it.

Permanent damage wasn’t done. I still knew how to make him smile and do his ‘almost laugh’. He still laughed at the jibberish song about body parts that I sing, he still coos when my hair falls in his face. God, I cry just thinking about it. But it did take much-needed time. I could tell that by the end of the day with him we were wildly more connected than we were at the beginning of the day. I felt so much better and resented the whole situation way less. It made me so sympathetic to women who a. HATE their jobs because I at least love mine, and b. have to have full-time nannies because at least I’m only jealous of my husband. It’s a champagne problem to have, truly and I know I’m really lucky. But it doesn’t make me cry less about it at 10pm after work when Brian says, ‘He’s talking so much more these days’ or something else totally innocuous not meant to make me feel guilty but it does. It’s not like I missed his first steps or first word, but I might and it’s heartbreaking. 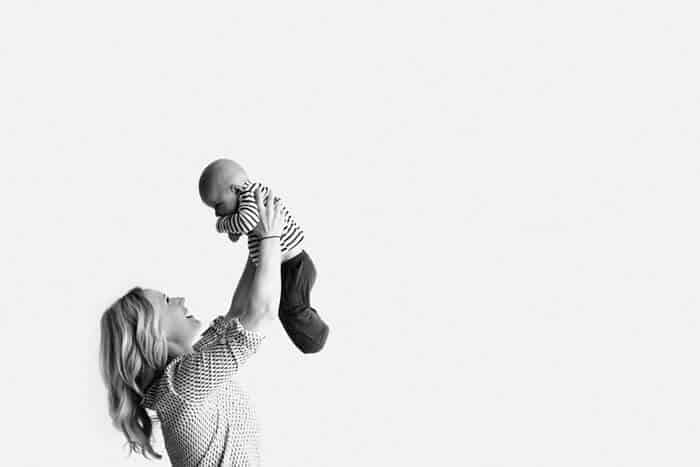 Anyway, most weeks won’t be like that but it was my first taste of  mom guilt – even though I wouldn’t change a thing. I want to keep working a lot and I have a ton of awesome upcoming projects so without dropping too many cliches about work/life balance I’ll just say that I’m working on it. 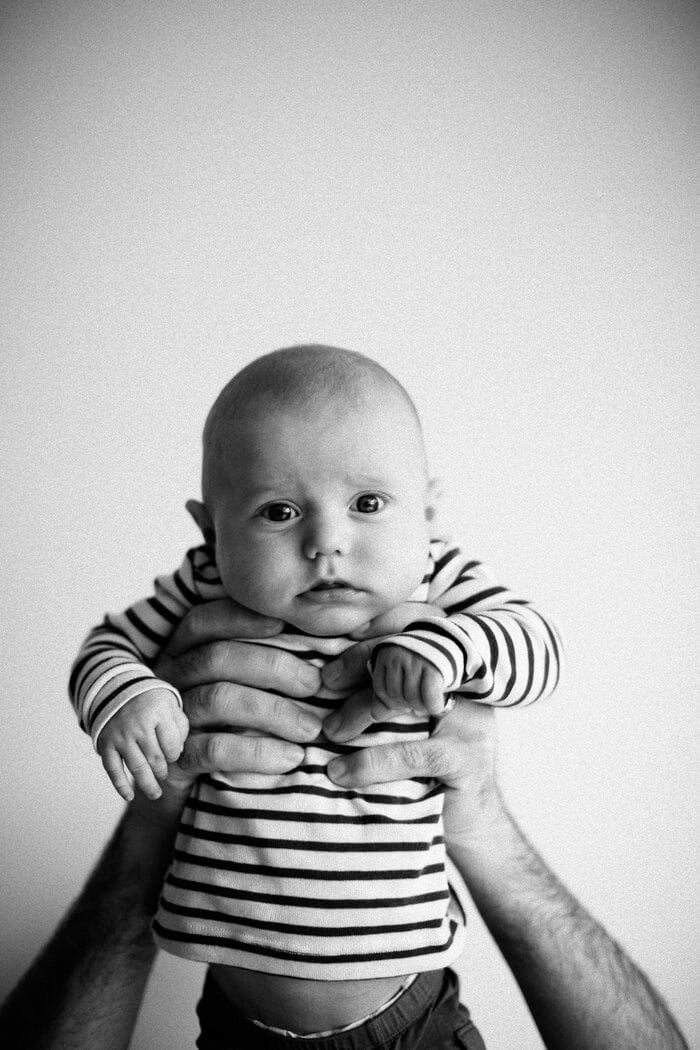 My new years resolutions this year are mostly TOTAL failures and I’m fine with it. I was on baby crack when I wrote them. Hormones must have taken over my brain and I was delusional when I thought I could accomplish all of those things. I actually want to delete the post not because I’m embarrassed but I don’t want others to think that these things were actually accomplishable with a family. Readers may just land on that page and not read this post and then feel bad that they are accomplishing less. I was living in fresh newborn/christmas heaven and I apologize for how easy I made it all seem. 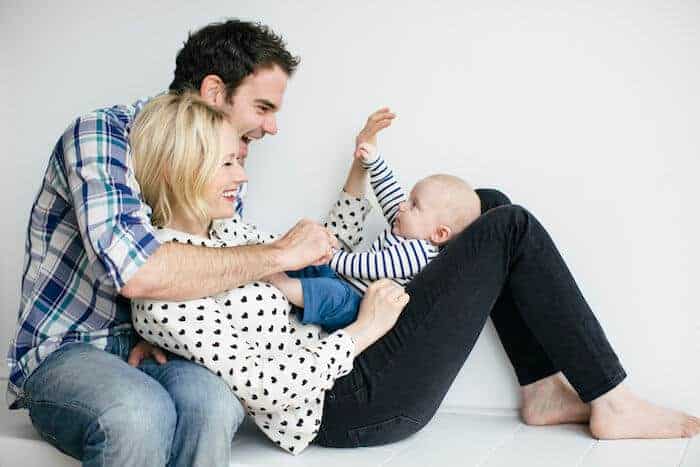 The real life balancing act is a total fantasy. So for now I’m taking it day-to-day, week to week and I’m sure we’ll figure it out. Or maybe we won’t. But until then I’ll be grateful that I still get to soothe my little baby when he cries. I get to snuggle and feed him 5 times a day and yes sometimes at 5am. I know I must come across a sentimental mess, and I probably am, but I just feel so grateful that he’s my little baby. Now, I just need to figure out how I can make it so that he never, ever, ever grows up.

All those pretty photos by LK Griffin photography .Hair and Makeup by Danielle Walch