You can call off the search, fire the detectives, put down the phone, and take the flyers on the street poles because you’ve officially found the best baby shower ever. And by baby shower I do mean a boy/girl party to celebrate parenthood. Baby showers come in all shapes and sizes and they all have different things that I love about them. But I have to admit that sharing the experience with your partner is pretty special. Don’t try this if you are going to have a traditional baby shower, the boys will want to suffocate themselves with cloth diapers if they had to come. But if feel like just making it a party, then there is no reason that fathers shouldn’t be there to celebrate the entrance into parenthood, too.

It was thrown by three of my best friends in LA, and quite the coincidence that they also have extremely good taste and are all super into DIY-ing such events. So Corbett, Scott, and Orlando, Brian and  I thank you so much for the best shower ever. 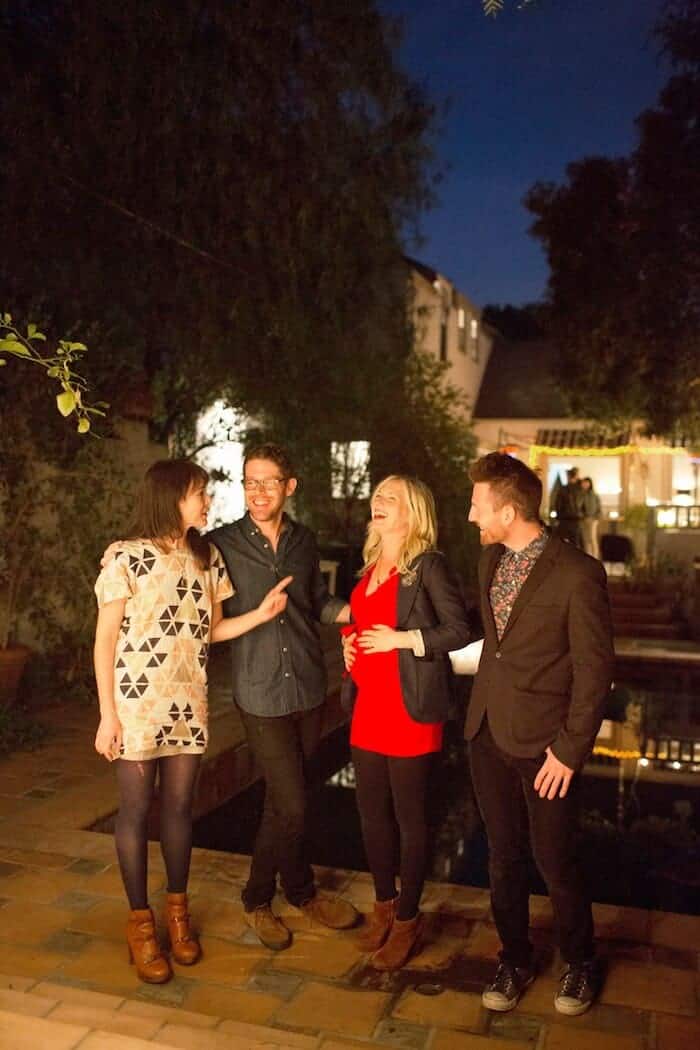 It was at Scott’s house which is stunning. He’s a stylist, his boyfriend is french – the world would crumble if these two didn’t have a pretty house.  I’ve broken this party down to two posts – ‘The Party’ and ‘The Decorations’. There were just so many pretty photos and so much to talk about that I didn’t want to put them all in one. So todays post is just the party and then tomorrow it will be broken down more. (Originally I was going to reverse it but as I was posting it looked like nobody came to the shower and it was just a bunch of empty decor). 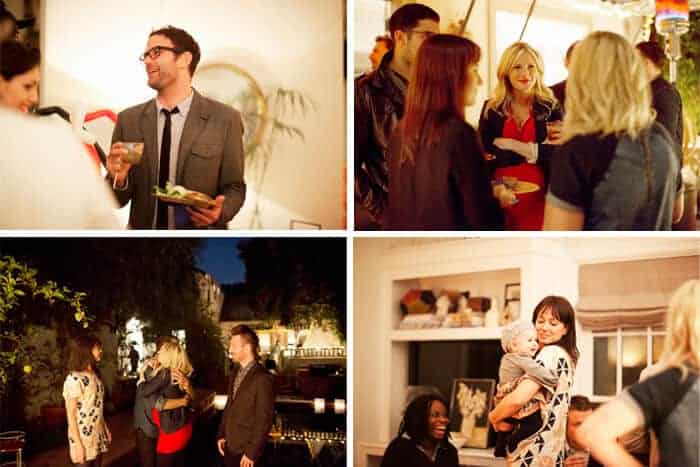 Not sure how much I LOVE seeing pics of me this pregnant and bloated (below), but I do love how clearly happy I was. It was a Sunday night, I only had 2 or 3 weeks left before the baby, and I think I was in a pretty good mood all the time those days. Plus Christophe, Scott’s boyfriend who is an amazing hair cut/color/stylist, did my hair and I squeezed myself into this red little number. 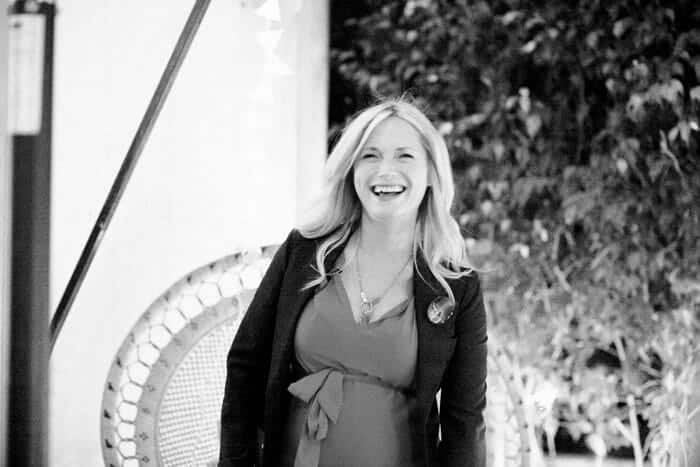 So despite packing on 25 pounds, I felt good and I was just so excited to be around all my friends. I was so busy wrapping up The Fig House, the Air bnb project, Cup of Jo’s house and still keeping up with the blog, plus the move and the baby, that I hadn’t really socialized in a while. I was psyched to be around friends and celebrate.

Also they hired a ‘Slight of hand’ magician to rove around and entertain us, in lieu of games. This guy was hilarious and did tricks with fire and made balloon animals and generally acted ridiculous. We laughed and drank and played with fire inside this awesome triangle that my friends made. 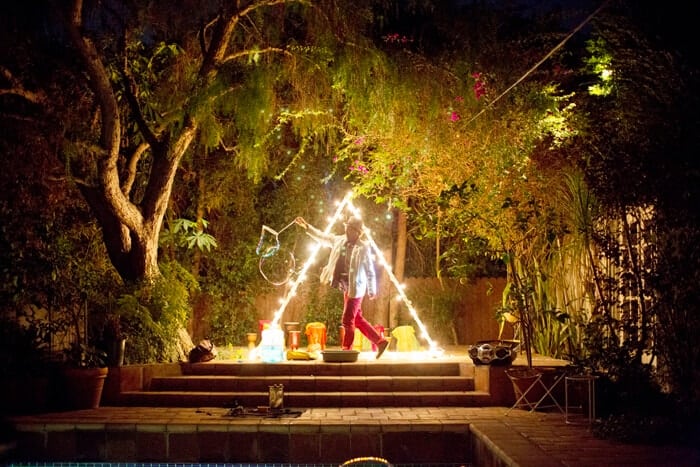 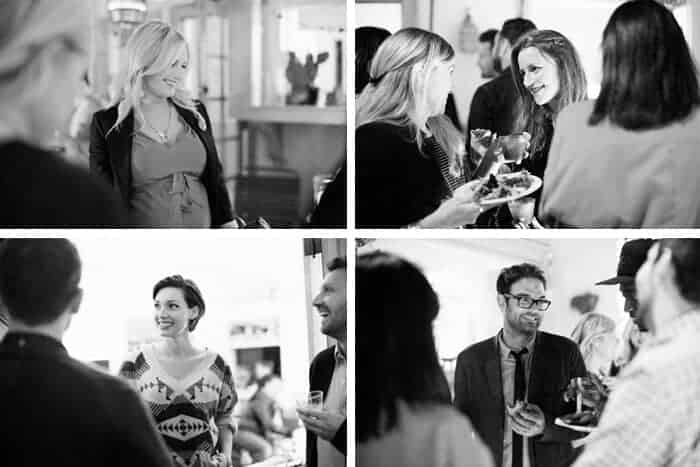 Brian was just so adorable and he absolutely LOVED that this was for him, too. I know its tradition to have it be just for the girls and have it be more about the moms pregnancy, etc, but it’s both of us who were entering parenthood and deserve a send off. 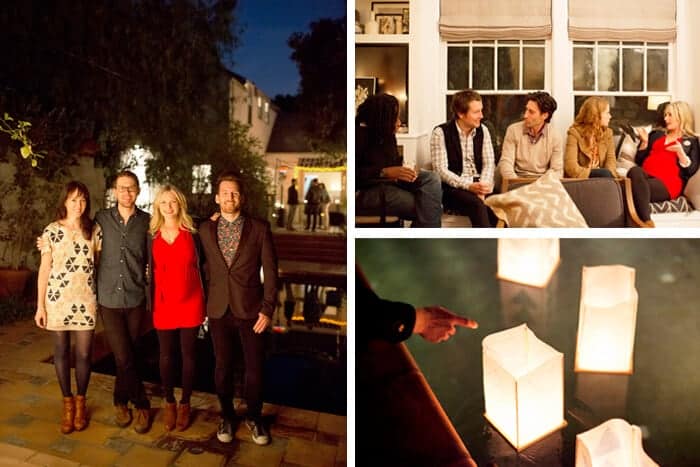 I know you are dying to see the decor, as you should be. But you’ll have to come back tomorrow … 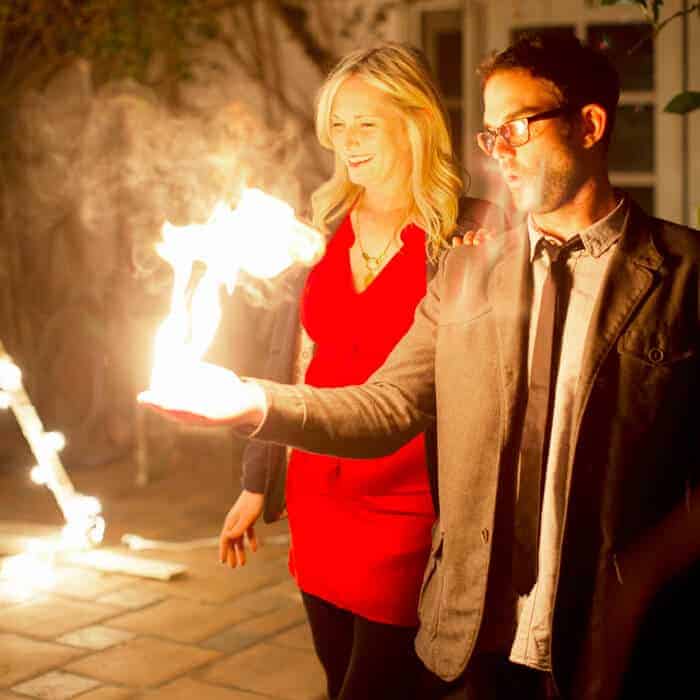 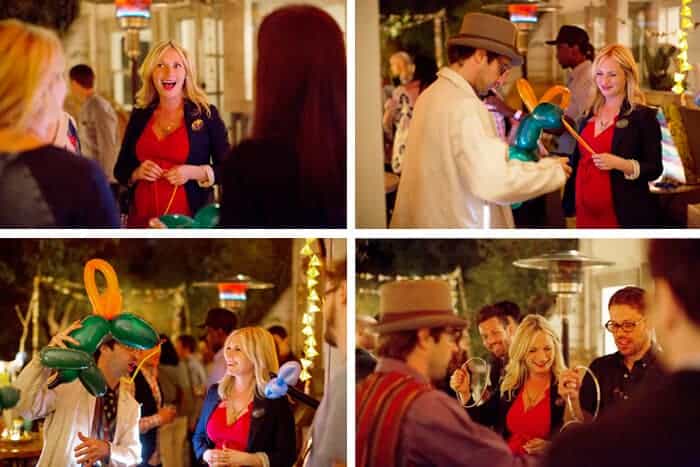 My friends also planned a onesie making station. They bought onesies from American Apparel (the outlet so it wasn’t a fortune) and bought fabric paint and iron ons and everybody went to town to create a wardrobe for Charlie that he would never notice, but that I would be pretty psyched about. I love having these in his drawers. They remind me of my friends, the party and what happens when drunk people get a hold of fabric paint. 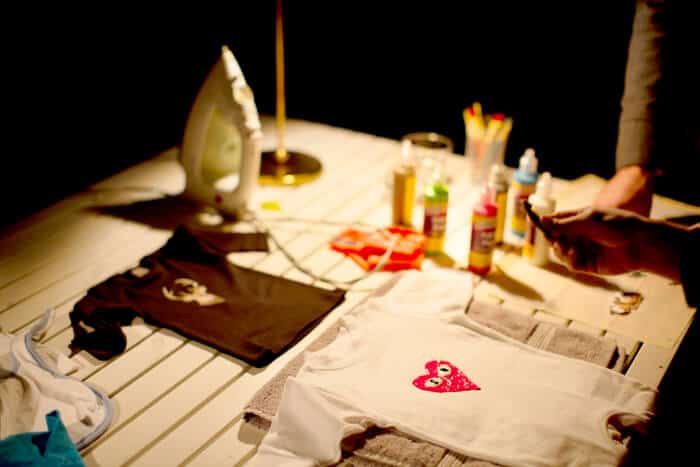 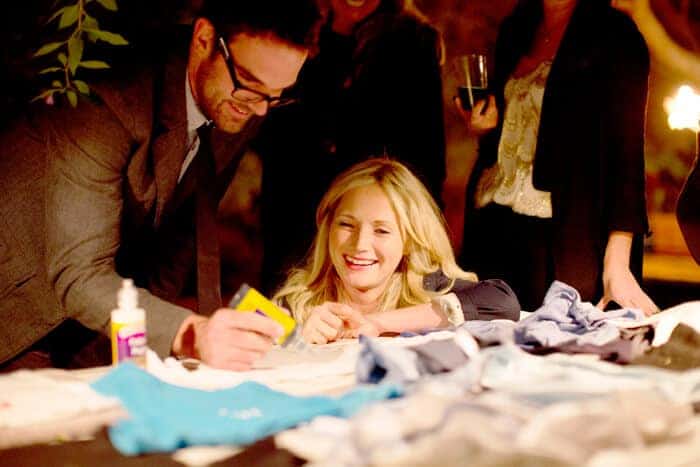 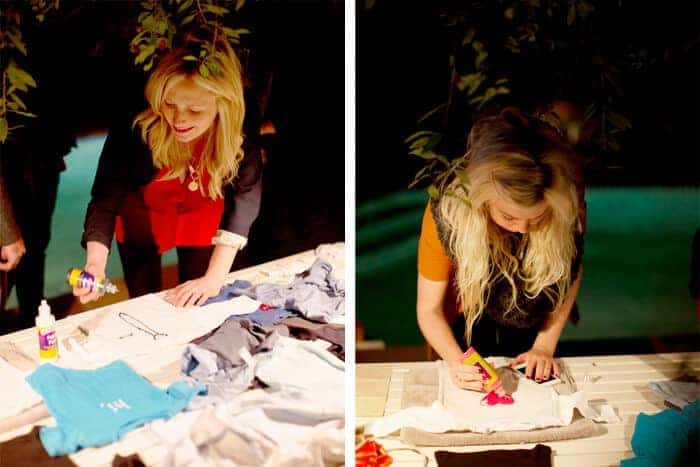 All in all it was really an awesome night. Thank you so much Corbett, Scott and Orlando for everything. You’ll see tomorrow during the post but they put so much time, effort, money and love into the night and I can’t thank them enough. It’s such a treat to have someone else throw a party for you. It’s never happened to me before. And it was one of my favorite nights ever. 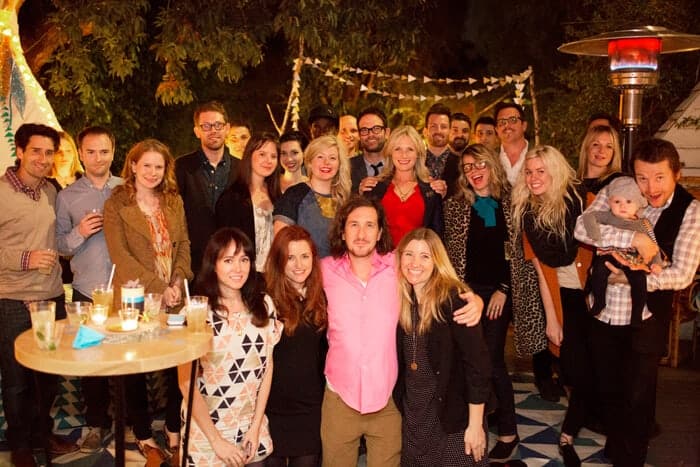 That is the whole group, drunk from Cheer-up Charlies (the signature drink) and magic. 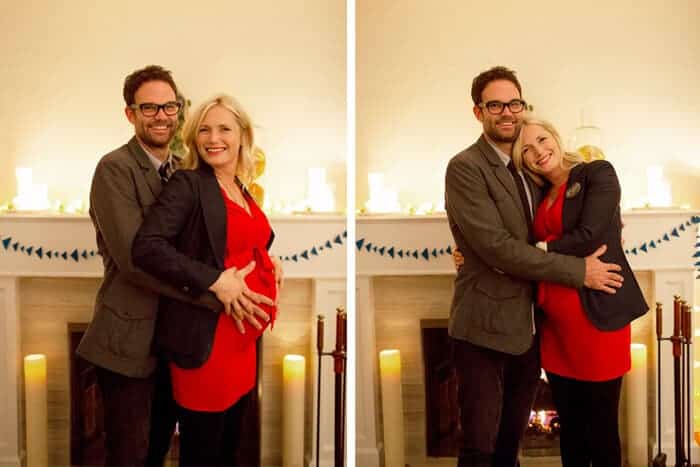 And that’s Brian and I practicing our Demi Moore pose (we succeeded, but I decided to not show you those shots).

Thanks, Corbs Scott and Orlando so much for the best parenting party we could ever have been given. It was just so fun and memorable in every way. xx

All photos by the amazing Christian and Reina of Max and Friends. Thanks guys so much!!!!!