Thank you guys so much for all the support about the pregnancy, its been crazy fun reading all the comments and makes me feel as happy as a Justin Beiber fan, in the VIP section. Everything is going super great so far, besides the fact that i’m a massive narcoleptic and pretty much a certifiable zombie after 3pm.  Yesterday, like most days, I worked installing in a house and on site at The Fig House and by the time I got home to write today’s post, which was 8pm, I passed out all cartoon style on the sofa.  Clothes/shoes on, tongue out of my mouth, remote control in my hand, undoubtedly watching Season 3, episode 22 of Dawson’s Creek (for the first time), looking generally wasted, although obviously (and sadly) NOT.

So the blog post I planned for today, which was the reveal of my living room finally all designed, is going to be tomorrow instead because I didn’t get the chance to finish it and you bloggers out there know that linking big posts like that takes hours in itself.  But just in case you forgot what my living room looked like when we moved in a year ago, here you go:

Not awesome, but GREAT light, pretty floors and a relatively open layout. Don’t get me started on the exterior or the kitchen  – the latest from the property manager when I gave him my kitchen redo proposal was ‘No, and maybe its time for you to save enough money for you to buy a house you can customize any way you want’ … yeah…. I was pissed because he just didn’t want to deal with it (the landlord would probably have said yes) but meanwhile he wasn’t exactly wrong, i mean, i should take that same effort and time and create a crazy tight budget that would allow us to actually be able to buy a house….. 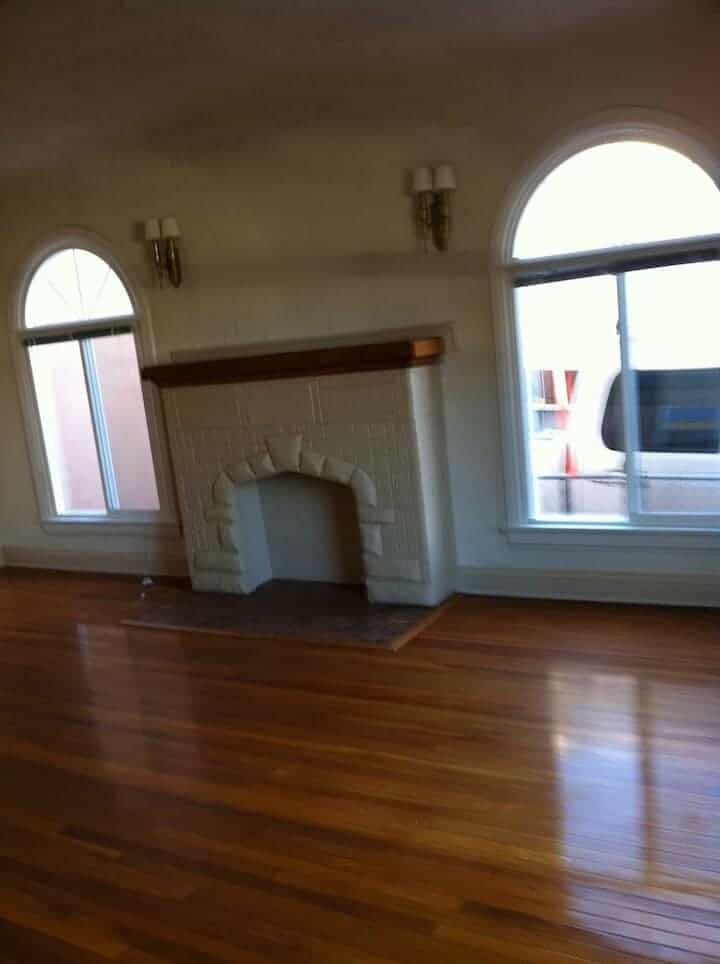 The living room is so bright and kinda big, so that’s good. The texture on the wall is INTENSE, you guys, I’m dying to sand it, skim coat it and fix it but it would cost around $1200 and its the biggest mess ever. And while I would love to waste $1200 on it, Mr. Henderson is much wiser and doesn’t want to throw any money into the rental in permanent ways.  He also doesn’t even notice it, i’m sure of it.  So tomorrow you’ll see this bad boy, styled up all Henderson style.

Meanwhile is it too early to nap? And any secret potions or remedies to help the ‘falling asleep on my desk’ problem? I mean, I know I need to sleep and i’ve been generally going to bed at 9:30 but the day time narcolepsy is really bringing down my usual high energy spirit.  Or do I just relish in it and not feel guilty? Gahhhhh…