I forgot to take some, but a bunch of people did, thank god. including Kelly Lee from BussBuss, thanks Kell.

Look who stopped by, Mr. Antonio Ballatore himself.  Such an effing sweetheart.  He brought me this awesome pink plaster rhino.  Antonio and I rode the Rose Bowl float together and nothing can bond people more than waving frantically for four hours and yelling happy new year – although he didn’t really wave, more like air fist bumped people.  It’s great because we are pretty much polar opposites, our shows couldn’t be more different but i feel like the combo of both of our new shows back to back on hgtv is pretty awesome. Antonio’s show has been reworked and the new season is already really really great.  not just sayin. 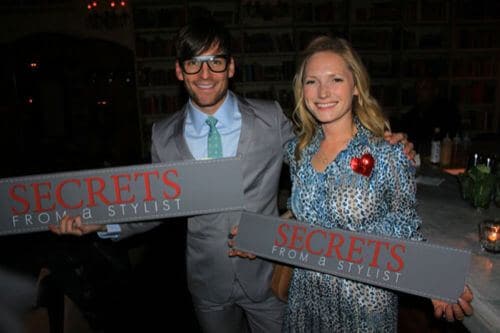 And then there is Orlando who i force to dress like Brad from Rachel Zoe.  When we first thought about casting an on-camera assistant I was all ‘i want a brad to my rachel’, i know, what an incredibly pretentious and kinda stupid thing to say, but i love the dynamic.  The way they love each other but also give each other shit but also together make us laugh so much.  So along came Orlando and I didn’t know this until much later, but he’s an enormous fan of Brad, himself.  ANd look how cute he is!!!! Adorbes. and not sure what is happening with my dress, it was see through but i was wearing a nude slip and with the flash….weird.

Also why yes, i am wearing a ban-do and couldn’t be prouder.  They let me borrow a bunch of options, but my crazy leopard 80’s ruffle dress could really only handle the red sequin heart.  Thanks, ladies. I will be wearing one tomorrow for the show – i’m thinking the enormous hot pink flower…

And here is me and Kelly 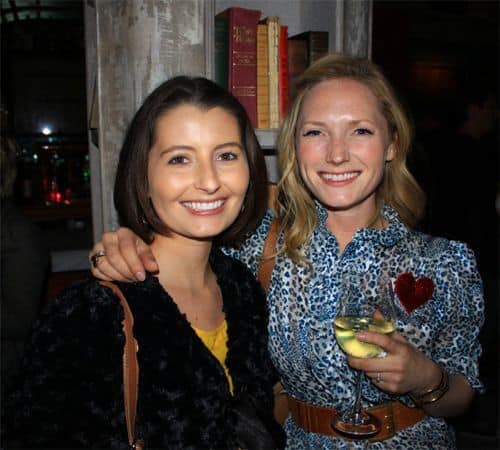 The night was insanely fun. We had hgtv people, all my production company and crew, a TON of really importantly and very stunning bloggers, a lot of the families that have been on the show and of course generally very cool people.  I’m trying to compile a list of bloggers who came to give them shout outs, but i’m sure that i’ll forget some. But i’ll work on it because it makes me look really cool ( i mean, Elaine and Gary from came, for eff sake).

Anyway, thank you so much for coming. It was one of the best nights of my life.  And thanks to Tricon for throwing down for it.  Most show premieres on cable do not get this kind of treatment.  I am insanely lucky.

If any of you guys have pictures, email them to me or if you posted, link them, etc. i would love to see more.

13 Comments
Oldest
Newest Most Voted
Inline Feedbacks
View all comments
Our sites use cookies to improve your experience. Learn more