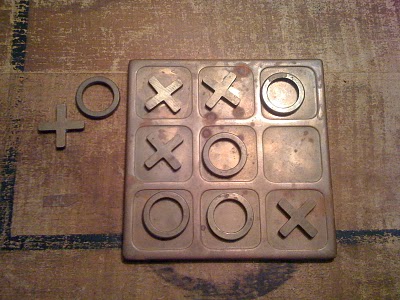 I’ve been traveling the last two sundays, so i actually haven’t been to the flea market in two weeks.  I’ve been getting the shakes and taking my withdrawl rage out on Bearcat.  I’ll snap at the smallest lack of purr or start weeping randomly.
Poor thing doesn’t understand what is ailing her mother.  I want to explain it to her, but there is a huge cat/human language barrier that no matter how hard we try, we can’t seem to get over.
but that’s another story.
So Corbett and I went to South Bay on Saturday to check out Big Daddy Antiques, which was great in a way, but also every thing was the same expensive John Derian vibe.  I thought it was going to be a big junk store, but nope, kinda fancy pants.
So not wanting to waste a perfectly good day of shopping we headed to an antique mall even further south that wasn’t awesome, but not terrible.  And determined to have something to blog about and to not have wasted 5 hours and a half a tank of gas i did find a few things after like 3 hours.
Why yes, this is a brass tic tac toe set, of course.  It was $10, which is probably too much, but I kind of love it.  Not sure what i’ll do with it, most certainly NOT play tic tac toe, but its my objet-du-jour.

Awesome little turquoise vase.  It’s gonna look perf in my shelves, although a bit brighter than I normally go for.  It reminds me of this Amazing pottery:

Except decidedly cheaper at $25.
And every house and horse lover needs a wooden foot-thingy to put in her shelves.

It’s pretty and rustic and natural and overpriced at $28, which I bought anyway.
And then for future clients I bought these two things;

It’s pretty awesome.
Must run, doing my first series of holiday commercials today for HGTV.  Back in New York and shooting at a studio I used to style in for years.  Except this time i’m in the hair and makeup chair instead of schlepping and unpacking boxes all day.
So weird.  And
completely awesome.