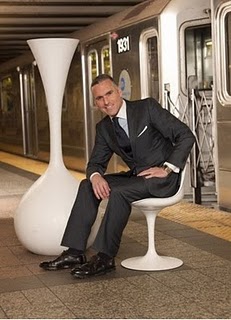 Ah the boys.  ok, so here’s the deal. you can rip it apart, sure.  I’ll spare you because these are my friends.  But here’s the deal, it’s actually more interesting than the girls.  Sure, ours is pretty, but I do think that the boys had some exciting things going on.
Let’s start with Tom.

I love me some Tom.  I’m not gonna down play it, Tom and had a pretty special relationship and throughout the competition got kinda close.  You know how he comes across really intense?  that’s because he is, but he has a lighter side, a really joyful side that I love.  When I was really really really down on myself (aka, barely holding it together) after the first challenge (or 2), he gave me such a good pep-talk.  I’ll spare you the sentimentality, but I just remember being so thankful to him. and
Anyway back to his saxamaphone.

I like this space, I do.  It looks like a weird person lives here, and I love me some weird people.  I can’t believe that Tom and Alex built that daybed in one day, neither having much experience with construction.  Tom’s philosophy throughout the competition was to try things that he doesn’t do in his everyday life as a designer (he’s corporate).

Pulling back more you can feel that it’s a little more disjointed, but I still kinda want to be there.

This side i’m not totally opposed to either.  It just didn’t work with the other side.  It kinda looks like a crazy person lives here, but again, i like crazy people and i can often say that about my own apartment.

I don’t totally understand the different levels, but it did make the space do something interesting.  That pouf is ridiculous.  I love. The faux finish?  i’m not on that bandwagon, but I actually don’t mind it outside of all places (somewhere that actually could be aged).

So Trent went home.  Let me say this: these designers have some of the biggest personalities that i’ve ever been around in my life. HUGE.  Not all of them, but a lot of them.  I thought I had a middle-sized personality, you know, i can hold my own, but compared to some others it’s like the size of a potato bug, or a proton.  If you lose confidence and it takes a while to find footing again (me), or if you never find your footing (Trent) then you will just get steamrolled. And its nobody’s fault, its just a consequence of being on a reality show with big personalities.  So don’t underestimate Trent. I never worked with him so I don’t really know what he’s capable of.  But this wasn’t his format.  He wasn’t meant for reality TV and competing for his career, and that’s not a bad thing.

OH and to address the criticism.  Yes, you want to see more designing, I get that.  BUT, this isn’t just a design competition and seeing personalities, how people work together, general like-ability (or dislikeability) is actually a factor in this game.  Its’ 3 days cut into 43 minutes, having to watch/show 9 different designers work.  As people dwindle down and get the boot, i’m sure we’ll all see more of the designing.  Just keep watching.  Please.  There is gonna be some stuff that knocks your pradas off.