All pics by Laure Joliet (except the bad one that is poorly lit down there).

Yup.  That bench was hard to give up.  I got it at the Rose Bowl for $100 then had it reupholstered for $150 and it turned out kinda perfect.

here she was before: 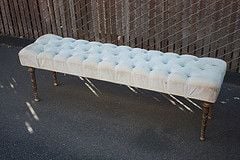 It doesn’t look as bad as it was, totally dirty, etc.  But she had good good bones. I’m looking into being a bench maker because they are really just wood, legs and foam/upholstery.  Structurally they are the easiest thing to make then to a simple side table. 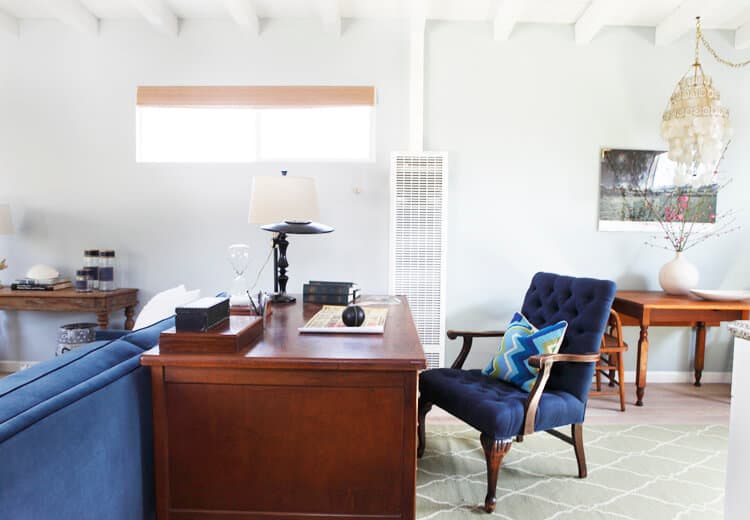 Then there is this chair.  Equally awesome.  I bought it for $40, and had her reupholstered for $150.  That desk came from Tini $250, the awesome Rug is from Garnet Hill, $328.  Their rugs are kinda awesome for how cheap they are -flat woven but much cheaper than a lot of more modern rug makers.  And i’m slightly biased because i’ve worked with this product a lot and i know their stuff, but their sheets, bedding and textiles are all kinda rad.  Plus last winter they sold these boots: 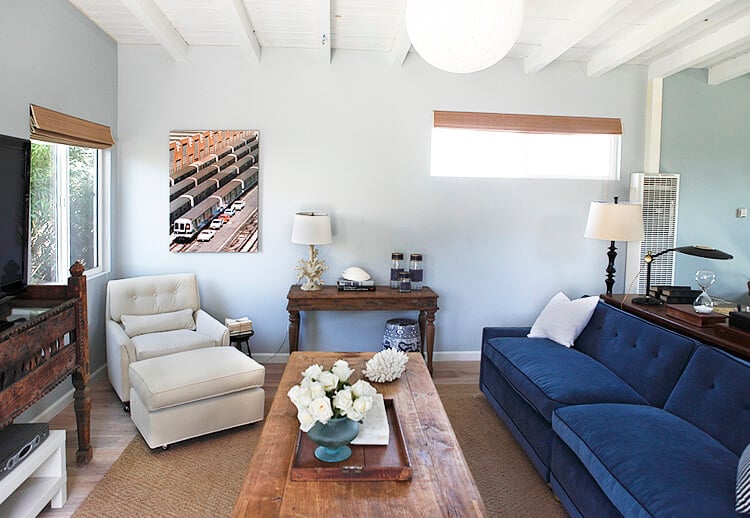 And lets talk about the sofa.  I found this sofa on Craigslist.  I knew i needed something that people could sleep on, but i didn’t want a big old chunky sofa sleeper that are rarely that comfortable unless they are over $3000.  This bad boy was from Craigslist:

And now look at her: 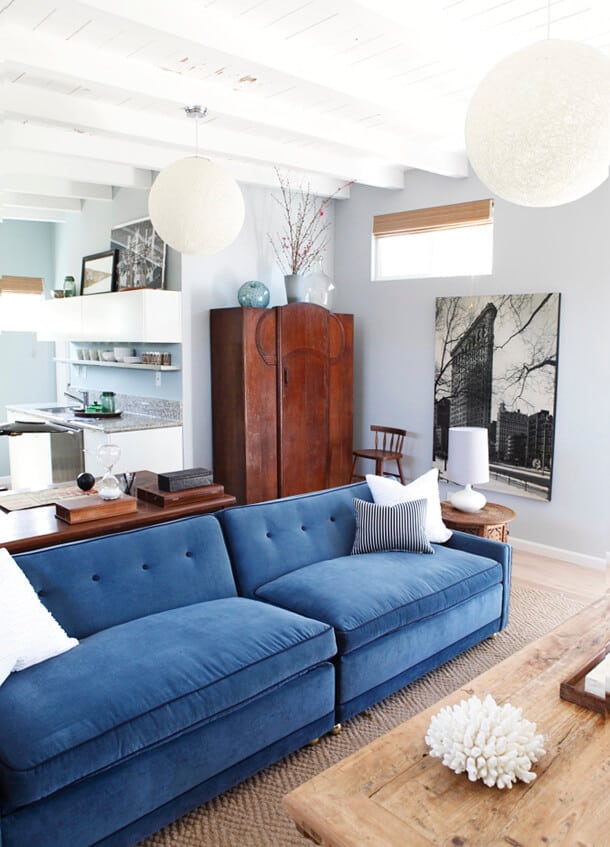 I used blue cotton velvet (because it was $10 a yard – i needed 10 yards, and its super cozy, comfy and relatively durable.)  Shoot, we should talk upholstery fabric.  Here’s the deal, really good upholstery fabric starts at $30 but those are normally boucle’s and i hate the weave.  So yes, i know that the cotton velvet will probably be slightly worn in 12 years, but you also will probably want new upholstery in 12 years.

I had it stuffed with feather wrapped foam to make it much more comfortable, and gurl it was, but it did make it poofier.  Stupid form and function, always trying to not work together. 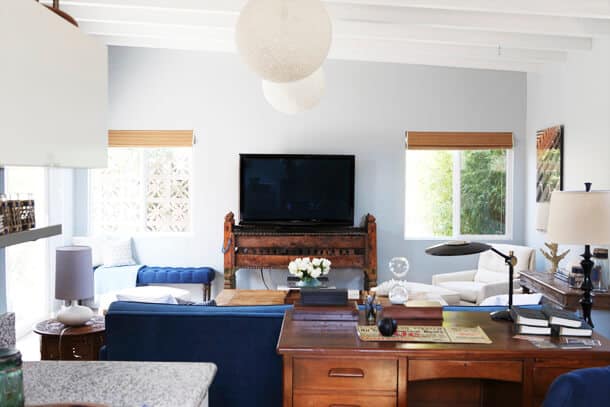 That lamp was West Elm,   and i love its proportions because its low enough that you can’t see under it, the perfect little table lamp. 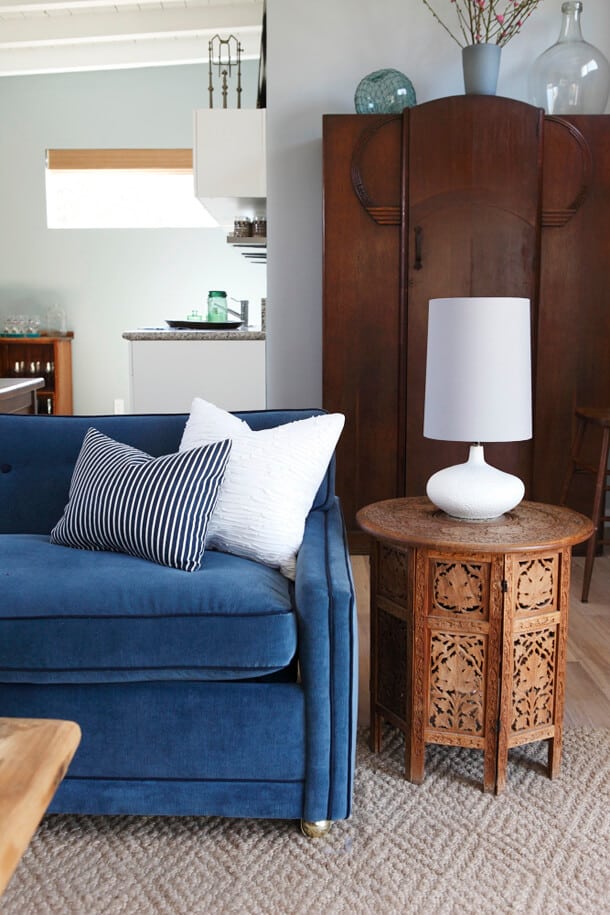 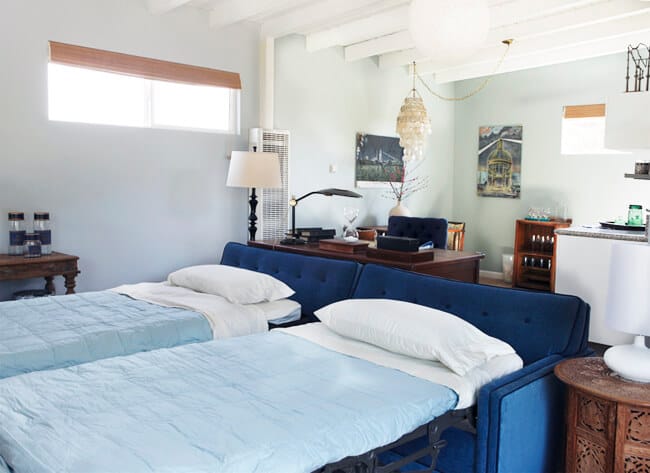 And that armoire was from Craigslist for $200 i think. Armoire’s are under rated by the way. I’m bringing them back. 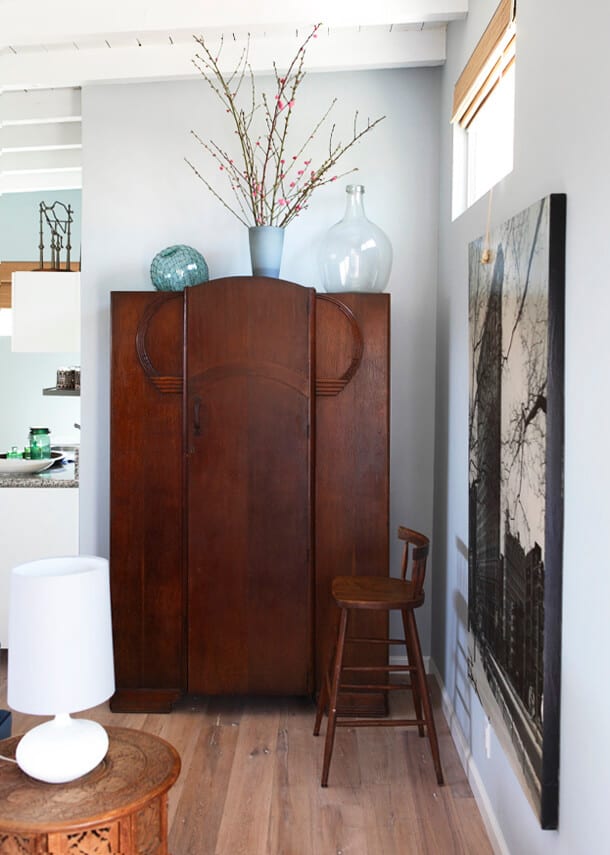 I want to shove those three objects together so bad on top of that armoire.  In general i’m a huge fan of two overlapping to give depth and one standing slightly away to give the collected feel.  Alas.

That stool was from Wertz brothers Antique mall in Santa Monica, the huge Flatiron photo was from Santiago’s on Lankershim, and the huge glass vessel is from Potterybarn. 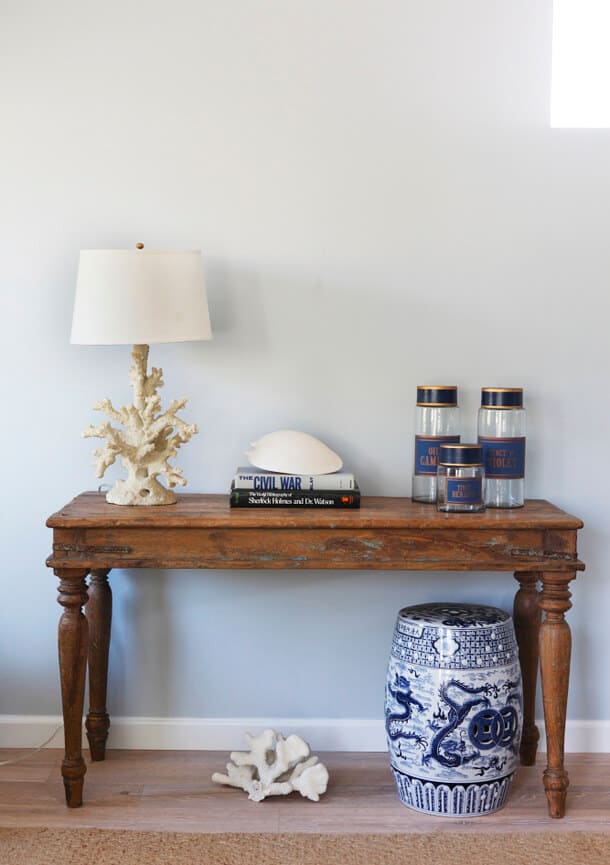 the table is from MIX, i think it was around $300.  The stool we got on Craigslist for $100, and the apothocary jars were from Empiric which is one of my favorite stores in LA.  It’s where i shopped for the second layer and the owners have an amazing eye…er eyes. 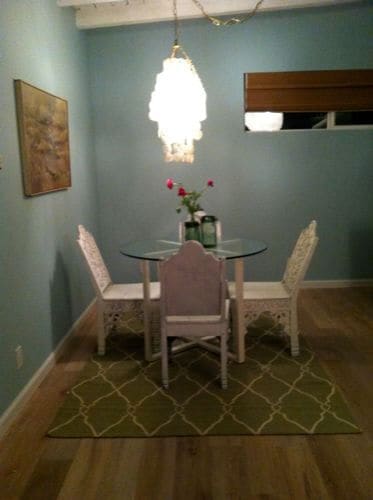 Again with Garnet Hill the rug. And you all recognize that West Elm dining table and i kinda wish that i had kept it in there because it was super cute. 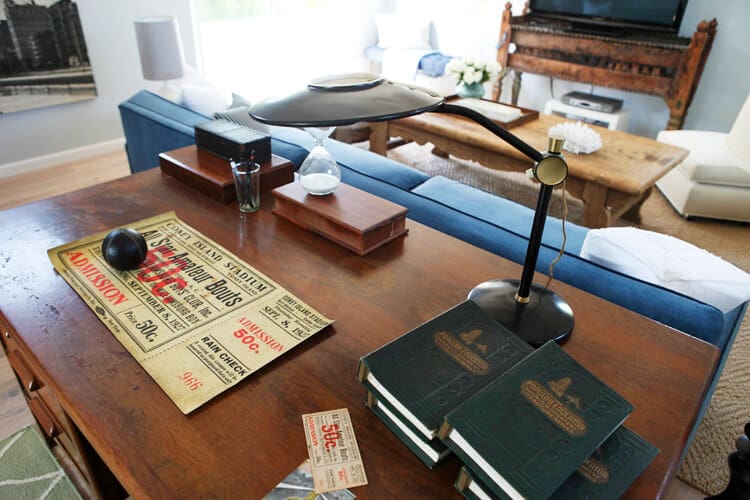 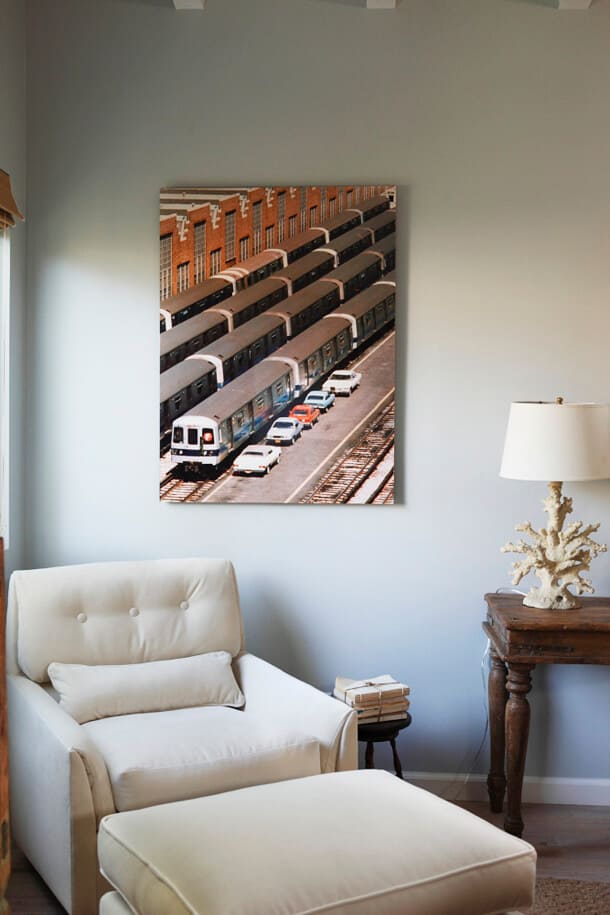 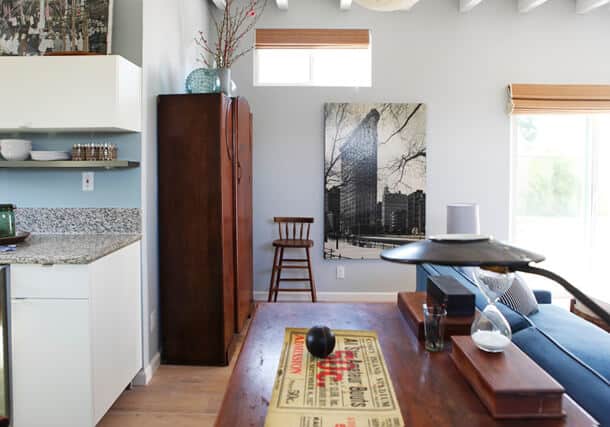 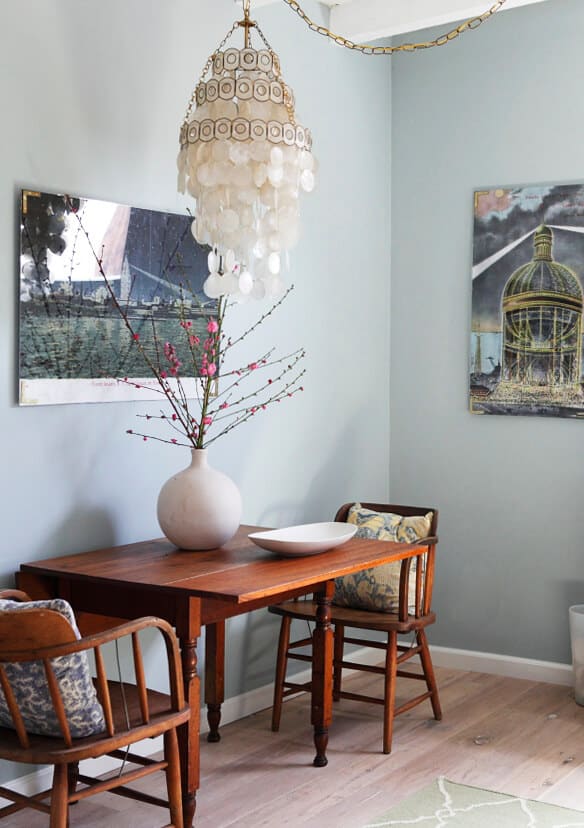 Pretty pretty photos by Laure Joliet.  Thanks, Laure.  YOU are rad.  And that’s no secret.