BABIES!!!! What’s better than a reveal being pushed off because someone made a human…..with super small fingers and adorable little noises.  He doesn’t have a job yet, so that worries me.  And when i asked him what his type of women are he remained silent, but in general, he is super effing cute and i am/was so happy for them.  And so grateful that they let us back in to shoot the reveal two weeks later.

The timing could have been better, but it also coulda been worse.  Had she had the baby a few days before then i’m not sure how we would have finished the episode, but i felt soooo bad.  They were so tired during the reveal, i mean exhausted, supposedely these small humans keep you awake like all night, which sounds a bit rude, but then they have extremely small toes which makes up for it.  They were total troopers.

(for those of you who haven’t watched it yet, basically Sarika was 9 months pregnant when we shot the episode and she went into labor while we were about to shoot the final reveal.  and i couldn’t have been happier)

I know i’ve been bad lately about bloogin.  Last week we didn’t have Wi-fi at the house we were shooting and I normally blog whilst getting my hair did.  But I couldn’t, so i didn’t.  So sorry.

OOh, speaking of hair you should check out Danielle’s blog.  She’s my hair and makeup stylist and she is sooooooooo great.  It’s weird ’cause when i compliment her i’m kinda saying that i like how i look, but you know what i mean.  We are trying to take more before and afters so you can see what she has to start with in the morning.  It’s something like this: 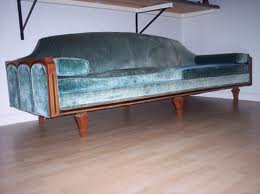 I know.  It’s weird that i go into make up nude, too. And screaming.   I suppose it makes for a more dramatic before and after.

Although its possibly better than this guy: (de amadeus)

who a friend told me that i looked like today.  And i kinda see the resemblance.  Also because i happen to be wearing that outfit.  so weird.

More on last weeks episode tomorrow. And i’m shooting two blocks away this week.  My gawd its gonna be a good week.  Last week was our first 5 day week shooting schedule (we were on 6 days shooting, then i shop on sundays) and it was amazing.  So i think life got slightly more manageable which means, and don’t hold me to it, i might be able to get back to all the amazing emails from you guys.  It’s sooooo appreciated and i’m so sorry that i can’t get back to everyone.  God it sounds like there are 1000’s a day, but i just feel bad, so hopefully i’ll be better with more free time.

Also in high school a guy that was trying to hit on me told me that i remind him of this guy:

uh huh.  that wasn’t smart of him.  The idiot didn’t know that pale was gonna come back this year.

AHHHHHHHHH and i forget to tell you guys about Orlando’s blog.  Hommemaker  He’s an artist and designer (and an incredible assistant and frien) and blogs about whatever he wants, but its always awesome.  Also he’s doing our flea market finds on his blog now, so you can check out what we bought last week now, and then what we bought today probably tuesday.  ANd he’s far funnier, smarter and better looking than me (although he’s not on the show enough for you to possibly understand the greatness that is this lad), so check it out.

150 Comments
Oldest
Newest Most Voted
Inline Feedbacks
View all comments
Our sites use cookies to improve your experience. Learn more