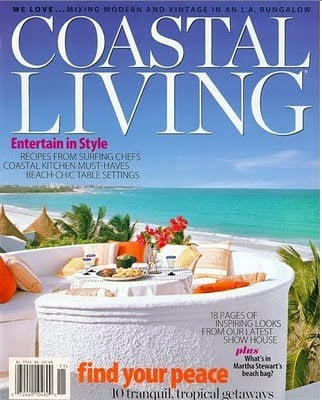 David Tsay. I heart you.

David (Tsay) and i have had a bit of a relationship for a couple years now, not so much like Edward and Bella, more like Carrie and Stanford…er, not really either  (more like an awesome lifestyle photographer and a prop stylist who really love working together).  Anyway, we’ve had rondeveaus (hey spell check, take a hike) in Big Sur, two resorts in Mexico, and even beautiful Moreno Valley, California (smell that? that last one reaked of sarcasm).  Now we are on a island off the coast of Seattle called Bainbridge,  which I’ll go ahead and refer to as ‘Forks’, because it reminds me of it and with Eclipse coming out soon, the town is a buzz with tourist excitement.   We are working for Coastal Living, shooting the house of Susan Wiggs, an author….(I’ll go ahead and pretend she is Stephanie Meyers).  shoot starts today.

I was waiting to work with David again to post about his amazingness, so here we go.  David is an incredible photographer, part 1.

You can start hating me right about now.  We got sent to shoot two different resorts outside Cancun.  This one was the brand new Marikoba – great, but pretty corporate, and strangely Thailand themed.  I’m not complaining, but it was weird to arrive in Mexico and eat Pat Thai.   We were here there for 3 days with Zeke, David’s assistant.  Then we went here:

So much more my style – all overgrown tropical plants, weird parrots, mosquito nets, old tile everywhere and the decor was old school mexico – not trying to be anything else.  (I think it was called the Maroma).

A quick rundown of our days (this could be boring, fyi, but good for me to record for myself): we would wake up happily super early to get the morning light – around 6am and shoot til about 1pm,  break for lunch and a swim to cool off, and wait for the sun to not be so overhead, til about 3 and then shoot again until sundown.   ooh ready for some serious sap?  the whole resort was so visually inspiring that yes, taking its pictures was honestly such a pleasure.  i guess its why we do what we do.   We didn’t want to stop, everything was just screaming for us to capture it, so working 14 hour days was honestly exactly what I wanted to be doing.  there. i warned you.  Hungry for nachos?  because i surely have some extra cheese today. woah.

In case you are wondering what I was doing there, hotels always look too cold and clean for a lifestyle magazine – we weren’t selling the hotel, we were selling the vacation that you can have at it – two very different things. So I mess up the bed, add the food/drink, towels, flip flops, rearrange the composition of the room so its best for the light/photo, basically I make it look like someone was just there, so you can picture yourself just there.   For instance that rooftop round rotunda thing up there? it was full of these kinda tacky turquoise pillows (which got lost because we were shooting it against the ocean, and we wanted more contrast since we were shooting for a cover…which we got, yes!).  So I found a bunch of these awesome orange/white pillows in one of the suites and replaced them.  They had styled it with two champagne flutes, and a champagne bucket/bottle with bouganvillea petals sprinkled on the table.  I rectified that situation, quickly, because while it was super super super cute, no cover would that make because Americans would read that as ‘trying to hard to be romantic cheesiness’.  Then I found this huge Mexican hand embroidered linen blanket in the spa (which I tried to buy, desperate to own one, but no go), and used it as the tablecloth instead (which you can’t even tell, but I can, and it makes me happy).  Then I worked out with the kitchen some chips/guac/margarita situation – which they styled so perfectly/weirdly with radishes/garnishes etc  and as soon as they turned their back i totally messed it up so it looked natural).  Lastly I cut me some of the abundant bouganvillea and put it in a hurricane.  viola. We had to wait and wait and wait (ice melting/replaceing and melting/replacing) for the light to be perfect.  Oh and that composition and angle didn’t find itself – that always takes a while and David was perched out on the roof, rather precariously, actually.
(I wish I could tell you what David does differently than other photographers, but I still don’t really know.  the light? yes. the angle? yes.  But there is more to it than just that.  Some just make better/more interesting/more beautiful photographs than others – its probably a combination of two little old things called talent and experience with a splash of some sort of innate x-factor thing. who knows what it is, but thank god for it)

Stop that hate email right now (which i have gotten some since the whole reality show thing started….so weird and kinda cruel, i mean, reality show people have feelings too.).  This was so not meant to be a bragging about my job post.  These kind of jobs are once every couple years, and yes, they are absolute dream jobs.  But life isn’t always this good, like any job.  Thank you Coastal living. I owe you.