Brian’s play – The House in Scardsdale

As you know Brian has been doing a play at night, which was a tricky thing to do right now with the kids being so young but I’m so happy to say that its open now, and its VERY VERY GOOD. So this is my ‘please go to my husbands play’ post. A quick pitch – it’s 90 minutes, in Pasadena (in a great small theater) and its super compelling and entertaining. 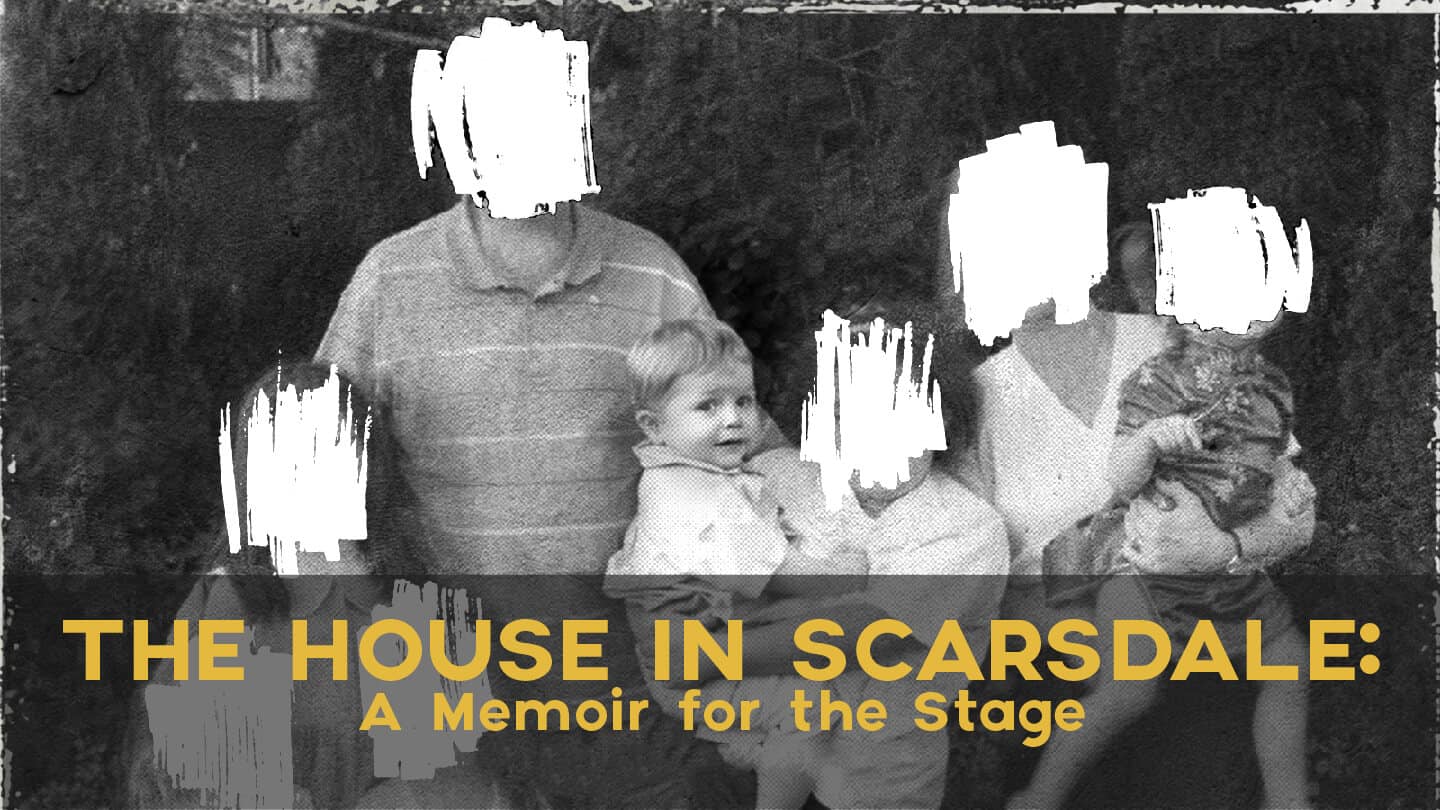 It’s a contemporary play about a family mystery, written by Dan O’Brien about his life, and its literally something that is still unfolding. He essentially interviewed all of his extended family (as well as siblings) to find out the answer/s to some big questions, and this play is the theatrical documentation of those interviews. I’m not a theater critic, but i’ll just say that as a theater go-er I loved and was so impressed with both performances. Brian plays Dan, and Tim Cummings plays every other character – and they are both amazing. It’s just the two of them up there for 90 minutes and they jump from scene to scene – interview to interview, seamlessly although not without effort. It’s a feat of a play and I’m so proud to be Brian’s wife. 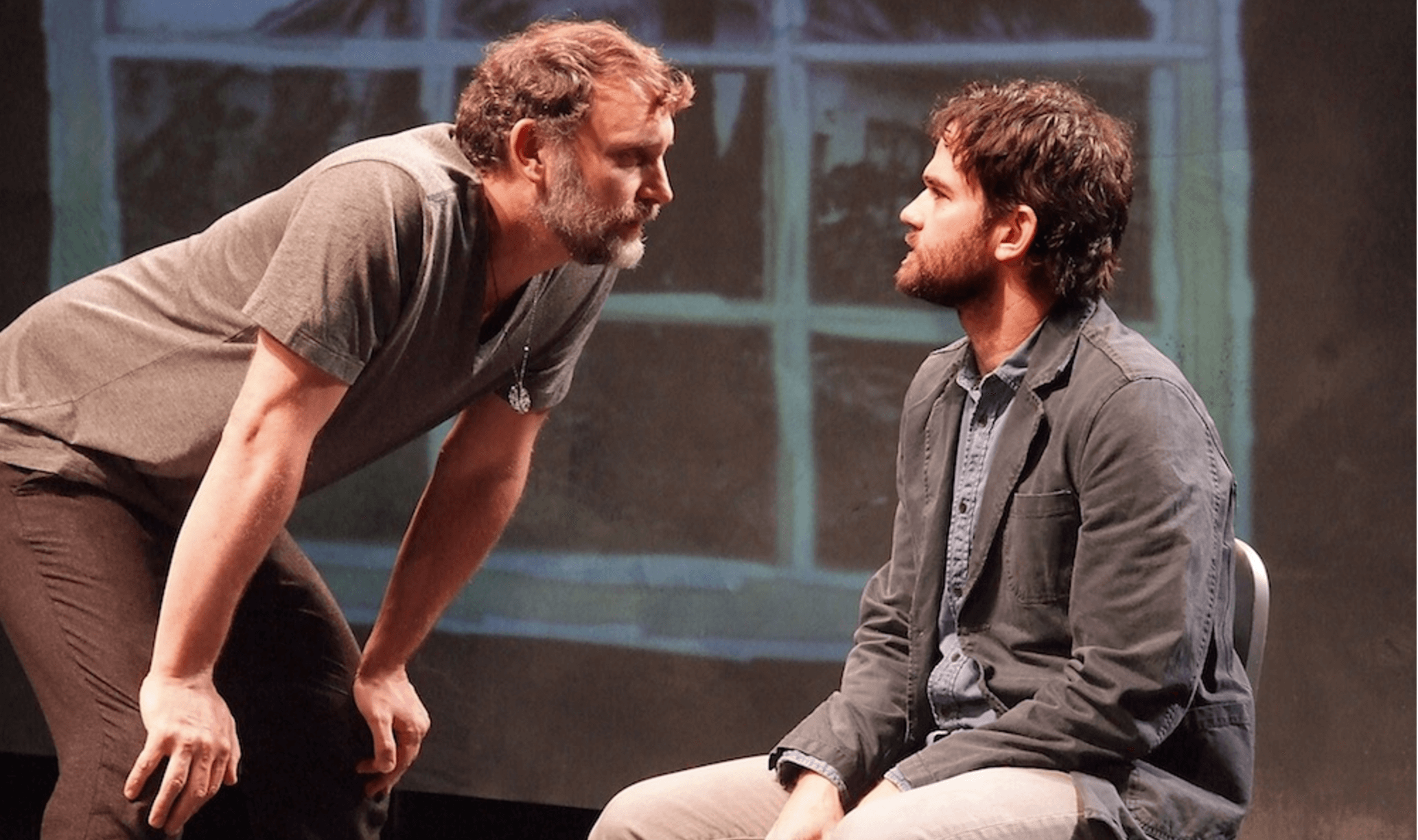 It’s open ’til June 4th, at The Boston Court Theater in Pasadena. If you live in LA and want to see a super compelling play in a really small theater, then this is for you.

Also if you need  a non-wife to tell you to see it feel free to read these reviews:

The LA times loved it, see here. And here are some others:

“[A] tour-de-force…in an inexorable forward motion rife with adventure, anger, frustration, and a certain joy of the chase.” –Stage Stuck

“The performances together, under Michael Michetti’s direction, make for an impressive pas-de-deux.” –Stage Raw

If you are simply interested in just staring at my husband for an hour and a half this is also a great opportunity to do that. He’s quite handsome.

All the information and tickets are on the website.

If I were an LA resident, I would totally go!

That is so cool! I was just reading about this play in the latest Middlebury alumni magazine (Dan O’Brien graduated from Midd in ’96). What a great and challenging role for your husband to have landed…congratulations to him!

Just read the great review and saw the video of your handsome husband. Congratulations to him and to his proud wife. It sounds interesting and well done and I’d love to go see it.

Vote Up0Vote Down
Theresa B.

Congratulations to Brian! Would definitely go if we lived out there.
So happy for your family!

I went to the play with my mother on Mother’s Day and was so impressed by your husband and Tim Cummings performances!!! I am a designer here in the Pasadena area who subscribes to your newsletter and have loved you since HGTV!
I thought I recognized Brian!

Well, shucks, if I weren’t in Canada I would definitely go! It sounds like this play mirrors my own life!!!! It would probably be therapeutic!

Wow! I’m so happy for you guys!
I’d love to see it. I’m mastering in psychotherapy and am currently taking a class where we do just what Dan did.
Looks wonderful!

Love that you did this! Congrats to Brian!

Wow! Congrats to Brian and the whole production, and to you and your family for making it work!

Very cool. Looks like there are only 9 shows if you are in the area; better buy your tickets today.

Congrats to your husband! That’s so exciting! I miss acting everyday! I know he was wonderful!

PS – I have something to send to you – can you message me an address?

Yay, that sounds great! If only I lived somewhere near LA!

Dawwwww, you guys are so cute! I really wish I could see it because it sounds awesome. Thanks for sharing!

It’s open ’til June 4th, at The Boston Court Theater in Pasadena. If you live in LA and want to see a super compelling play in a really small theater, then this is for you.

Also if you need a non-wife to tell you to see it feel free to read these reviews:

The LA times loved it, see here. And here are some others:

Visit us to know all about LG G7 smartphone release date, specification and much more