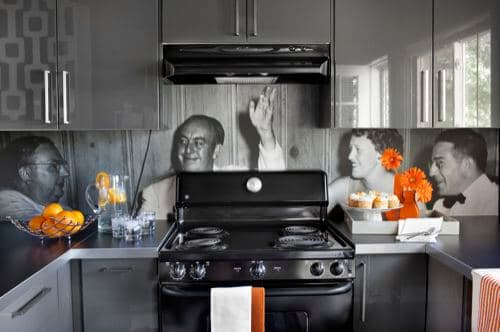 Yes, he’s also involved with HGTV, but our affair started before i knew this. As much as I want to cross promote to get more people to watch both of us, i use my blog only for genuine stuff i love.  So trust me that this is real.  Brian and I have a mutual friend, Hayden and through our blogs/web-sites/twitter/ and on-line World of Warcraft gaming we developed quite the virtual friendship. So when i found out he was involved with my new company i was pretty psyched and all the more sure that HGTV is about to get a whole new demographic.  Blowing up, peeps.  Get on board.

Brian has done a series of how-to videos (as well as awesome, really smart and funny blog posts) for HGTV that are stellar in both creativity and production.   Here’s the first one:

I know.  And the best part is its an old picture of his grandparents at a party in the 50’s.  Watch the video to see how to do it, its a lot easier than it looks.

And the best news is that this is the first of millions of videos he’s doing for HGTV.  But like anything, we all have to watch and tweet and blog about it for the powers that be to realize that we want more.

So, do you want more?

Huh. Seems like this little blogger fancies herself a rapper. YES! All rhony style.  Perhaps my first album would be called ‘Just because i look like an albino doesn’t mean i’m not fine, ho.’  i’m bringing pale back…. yea.