Alright Mad Men Modern meets Bohemian Flower child.  Wanna know a funny that you missed? so i normally try to combine the two looks into one phrase (hollywood country club) but in this case it came out of my mouth ‘Bo-Ho-MO’.  Yup.  we were dying.  totally weird and i’m sure inappropriate, but technically it was boho modern, which in short is, well, bohomo.

Anyhoo, the room before:

Its a great open space plan.  Lot of light, cute fireplace, all in all covetable for us renters.  I don’t write the voiceover so i don’t remember what i said at the beginining but in this case i think it was about how they are super stylish but their house was about as fun as a trip to the dentist.  not exactly true.  i would much rather hang out here with these kids than the dentist – but its tv, folks.  gotta hit the point home.  Their main problems were their huge brown sectional and their huge brown shelving (that didn’t look that deep on tv but was 2 feet deep).  And their lack of color. But the black chairs, pottery, artwork and dining table/chairs/light were all great and definetely let me know that they love MCM. 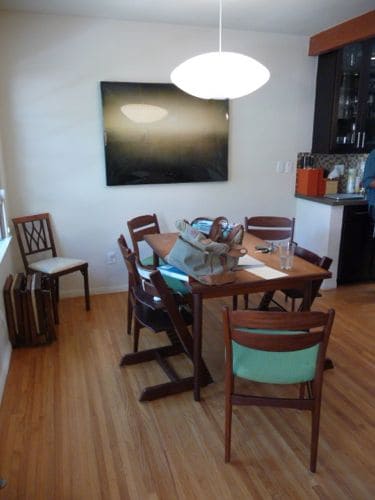 When i first met with them we went through magazines and they both loved these pics: 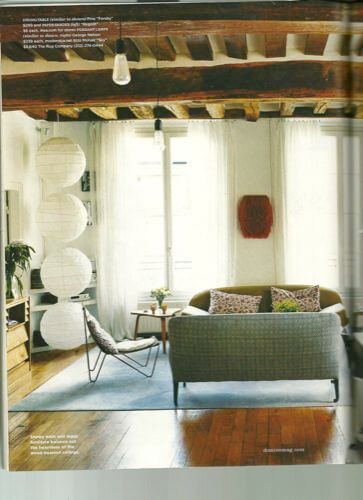 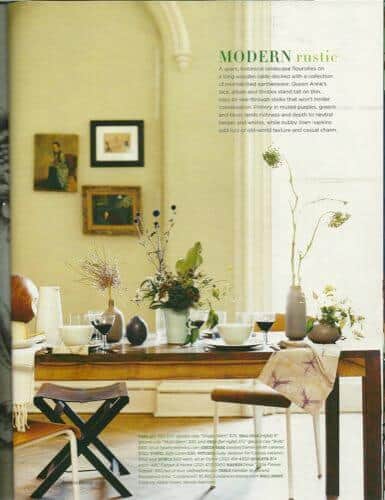 And she responded to this one: 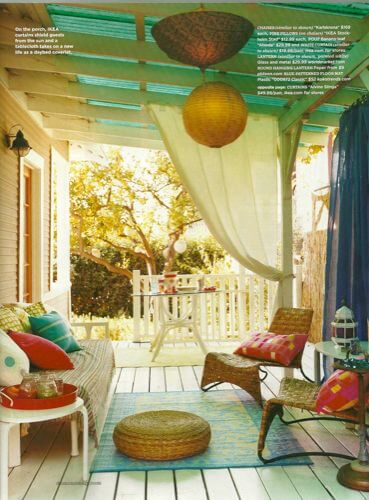 They wanted it to be casual and fun, but grown up. The kids are great at keeping their toys in their room and they also have an awesome backyard so they said they were ready for their living room back.  BUT, nothing too fussy or fancy, all durable, etc.  I knew that i could push them and that they would totally get it (which doesn’t always happen, trust me).  I love both of these styles so much, but i’m not gonna lie, i am also a bit of a hippie and MUCH prefer the second look when the two styles are combined. 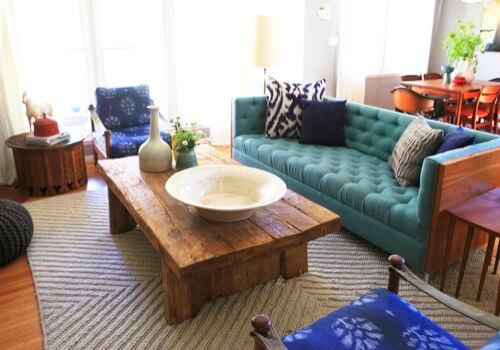 Unfortunately i took the day off yesterday (long walk with Brian, lunch, movie, takeout, movie) which was awesome, but i’m crazy behind on this weeks episode so i gotta run.  But it’ll be a week of BOHOMO.  Look one, look two pics, resources and what i regret – which isn’t a ton, but there are a few things that i’m like ‘arghh, why???’

Come back tomorrow, or maybe tonight, after the bachelor of course. the girls are tellin’ all. y’all.

264 Comments
Oldest
Newest Most Voted
Inline Feedbacks
View all comments
Our sites use cookies to improve your experience. Learn more