Well, it seemed time for a Charlie update. I mean, what if you didn’t follow him on instagram and weren’t constantly bombarded with photos of this little dude? That would be terrible. I actually have to stop myself from posting on the blog every day about him, but then I just realized its been weeks so its time …

He’s now 7 weeks old  and The Guiness Book Of World Records called and would like to offer him the reward for most adored  and stared at baby in the world, but i’m pretty sure all of you moms out there would probably argue with me on that one. Working is getting more difficult because I want to just play with him all day. He’s starting to really recognize us, smile at us and we’ve even caught a giggle or two.

1. Does he cry a lot? Some days yes, some days no. Generally its tolerable and we aren’t going nuts. But he’s totally unpredictable for now. He’ll go three days in a row without being fussy at all, and then randomly he’ll cry for an hour when he’s not hungry or needing changed. I’m not stressing about it though, he’s a baby, babies cry and I just try to keep calm, remind him that I love him, do the 5 S’s and it passes. We’ve had to leave a restaurant and he’s not making watching the bachelor easy but its all good.

2. How is he sleeping? Pretty well. The last 4 nights he has slept 5-7 hours straight, waking up at 5am for a feeding and then sleeping again til 8-9. We are PRAYING that this holds and continues this way. He’s still sleeping in a bassinet in our room, and while I’d LOVE for him to be in our bed, I think I sleep (and he sleeps) better in the bassinet. Cross your fingers, folks; for now he’s at least a decent sleeper. And in case you think we can take any credit for his sleeping habits, which we can’t, I guess the only thing i’ve done that could contribute to it AT ALL is not picking him up in the middle of the night until he’s crying (we let him fuss because he often puts himself back to sleep) and then when we do pick him up to feed or change him in the middle of the night it is all business. My mom and dad came to visit and that was one of the many solid pieces of advice she gave me after having 6 kids – love/adore/give them sooo much attention during the day and engage the hell out of them, but at night keep it all business so they know they aren’t waking you up constantly just to play or get cuddled. It’s so hard because I want to sing him lullabies and Brian wants to play his diaper changing games, but It makes sense to me to keep it simple in the middle of the nights to not encourage unnecessary wakings. But that probably has nothing to do with how well he’s sleeping and it’s just luck. Crossing fingers it holds, but I have no expectations that it will … 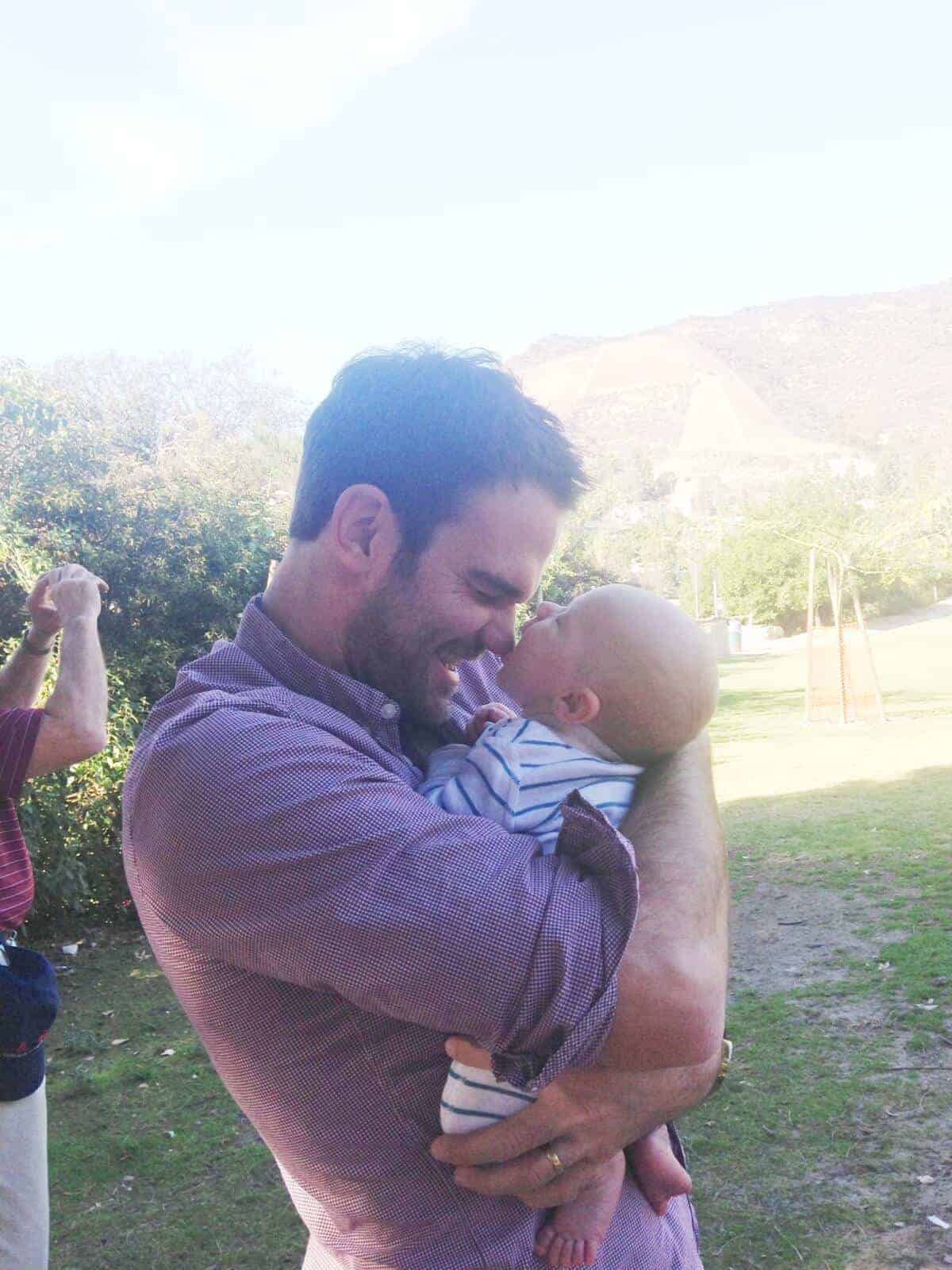 These two are just ridiculous. He LOVES his dad and its pretty much the most adorable thing in the world. Brian is obsessed. 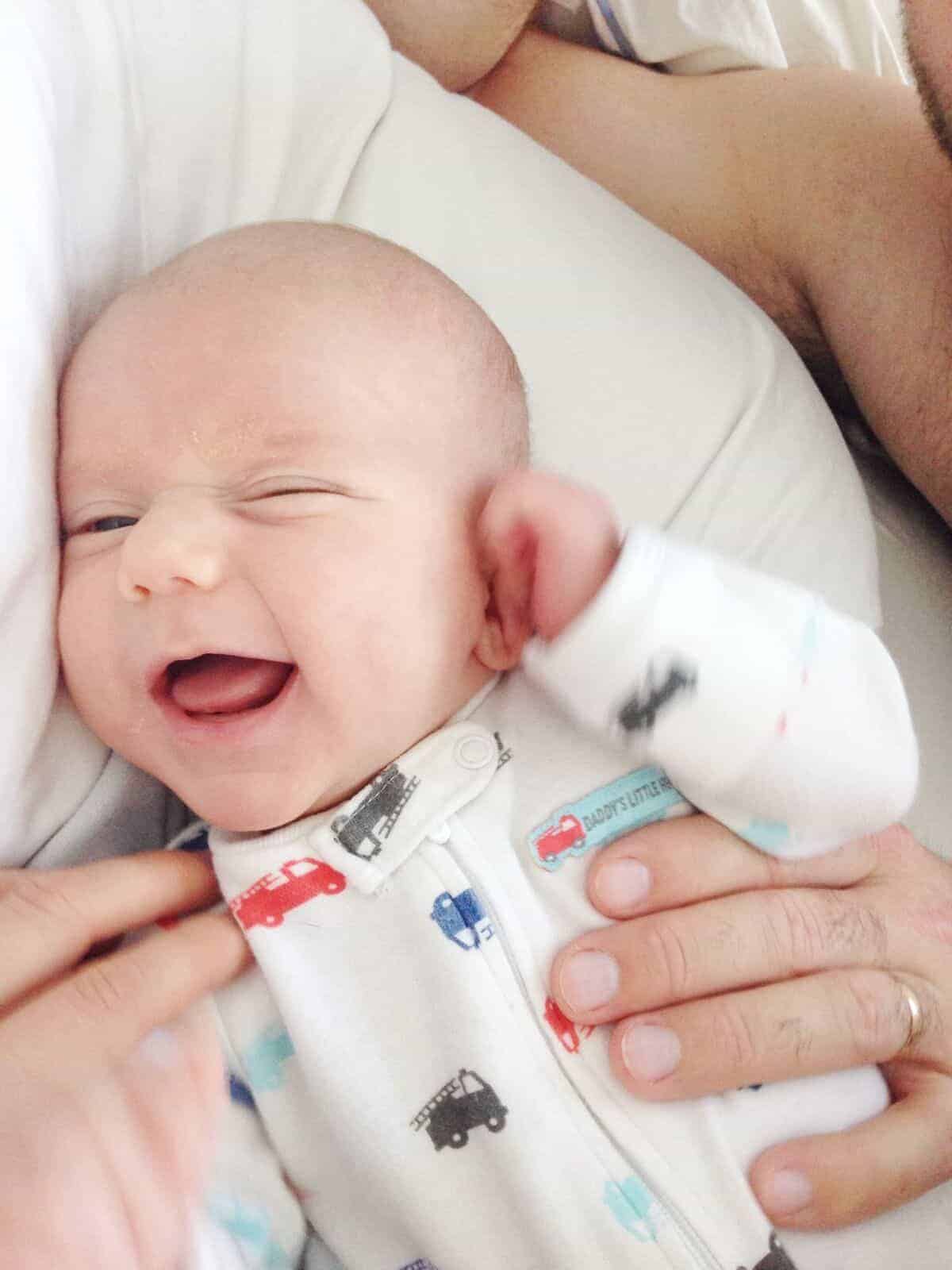 He’s just starting to engage/smile/giggle. It doesn’t happen all the time, but when it does …. oh boy.

4. Another question I get constantly is do I have help or what am I doing about work? Right now Brian and I are sharing baby-sitting hours 50/50 but its starting to get more complicated and we are both starting to get busier with opportunities we don’t want to turn down. Its still manageable and frankly we don’t want help, I mean, what would they do? I feed him, Brian loves changing him … would they just sit around waiting for when we want them to do something? Doesn’t seem like the best use of our money. But I don’t want it to get unmanageable all of a sudden and me not have any emergency help, so I’m going to start looking for a part-time helper who I can rely on 10 – 15 hours a week during the day and maybe a night or two so we can go on a date or see friends. If anyone knows the right person send them my way. 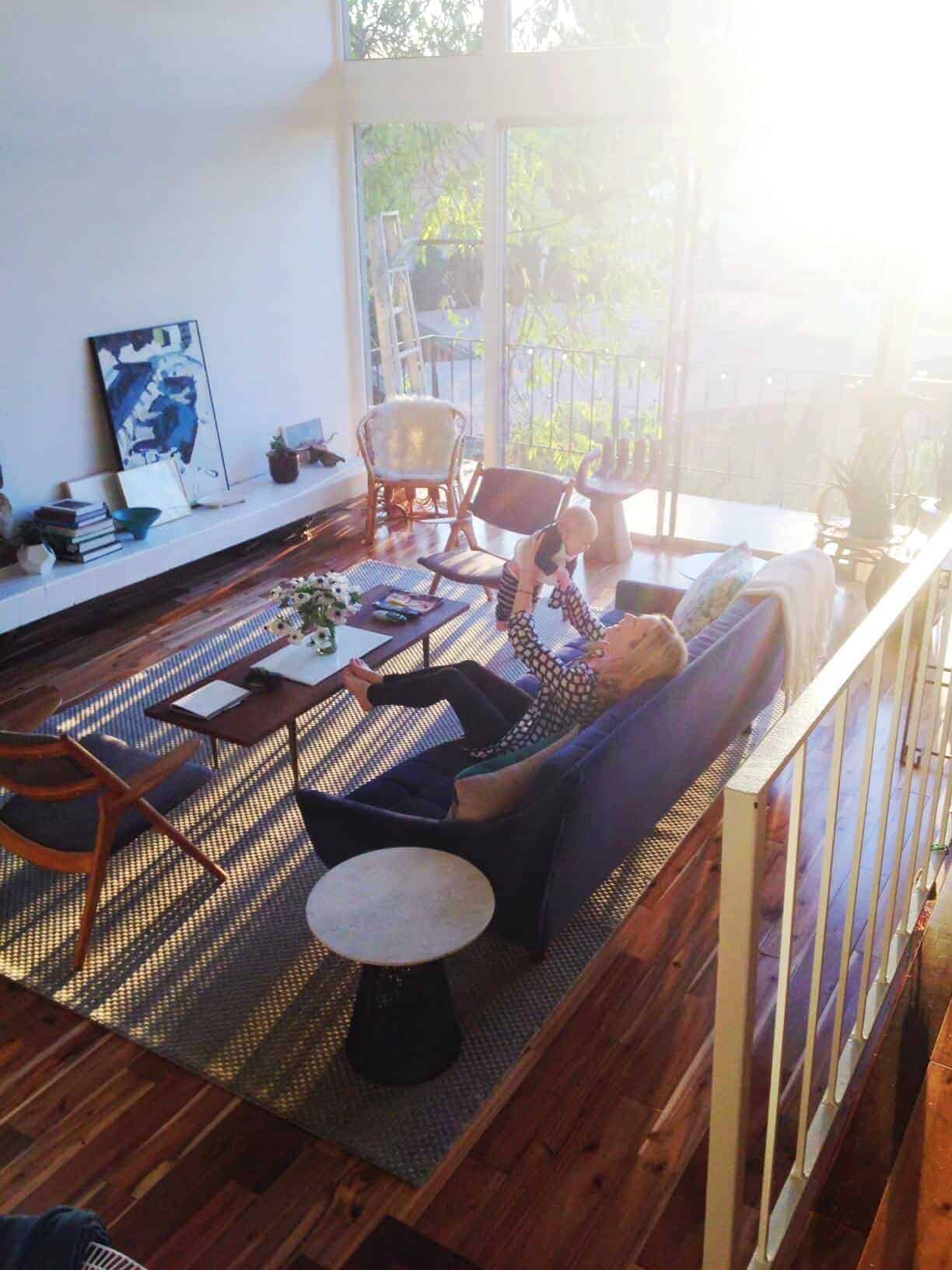 I’m still breastfeeding an its all going great. I am worried about a couple work trips I have coming up and how i’m possibly going to pump enough to store them for him. This stuff is like liquid gold and every time I accidentally spill a DROP I panic and seriously consider syphening it off the floor to put it back in the storage bag. Thank god for pumps. Its also given me back my saturday nights which I really appreciate. Any tricks (besides pumping after feeding … i’m doing that) to help me get my milk up i’d greatly appreciate.

That’s about it. Overall it really has been awesome and I think its because Brian is working from home, too, so we both get huge breaks from the baby and we also get to be together as a family all day in a way. It also doesn’t hurt that we moved into this house that I LOVE so every day waking up here is still so fun. Its just starting to get harder because I want to hang out with him most of the day so i’m not as focused as I want to be and I think the more he engages the worse its going to get. I have an office/studio in the house that is separate so I can kinda feel like i’m going to work which helps, but I can still hear him upstairs either having fun or crying and Its totally distracting. But we are figuring it out and so far its honestly going pretty well and I have nothing really to complain about.

I just can’t give enough respect to a. Working moms. b. SINGLE MOMS!!!! (my god, how do you do it?) and c. Women who’s husbands have to work a lot away from home. Parenthood is like traveling in a foreign country – you can do it by yourself and its still amazing, but sharing it with someone else just makes it easier and more fun. So kudos to those of you who are either alone all day with your kids or especially single moms. Now I know why mothers day is such an important holiday. I have it so easy. Crossing my fingers it remains manageable.

So I figured i’d post a couple super compelling videos that really highlight my filmmaking skills:

And there is this one that is as riveting as the pilot episode of Lost:

Pretty much the best. Also is my voice seriously that high? Its like babies instantly make you speak an octave higher and giggle at nothing. He’s literally doing nothing and we are all just riveted … Its kinda the best.

Questions: tips for pumping/working … do you schedule meetings around your pump schedule?

And thanks 32nd & elm for that adorable t-shirt, Czarinas Project for his leggings, and Little Balena for that cute play quilt.