Remember this chick from Design Star?

I know, she’s super hard to look at.

Well she booked the re-incarnation of ‘Design On a Dime’ on HGTV and it is premiering today, Saturday at 4pm (so like 7 east coast).  I have no idea if its good, i haven’t seen it so i can’t endorse it, but she is effing awesome, hilarious, funny, smart, nice and she has great taste and style so i can endorse her 100%.

And check this out:  she went to SCHOOL for interior design.  Ha!!!! I know. Weird.  So she might know what she’s talking about. 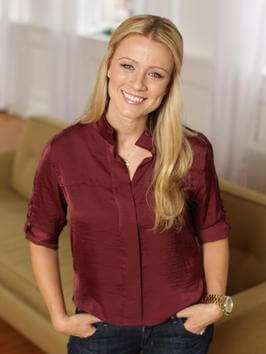 Watch her new show today, support my truly very good friend who i wish i could see more.  I was so happy when she booked the show, she totally deserves it and it makes the HGTV functions extra fun knowing that a really good friend of mine is there.  Also if you ever see her on the street, go up to her and tell her how much you love her show ‘Secrets from a Stylist’. The amount of times that has happened to her (or some other way of being mistaken for me) is hilarious.

Also on another note remember these two?  Michael came in 2nd in Design Star season 5, and Nina was, …..well, memorable.

Well they are now these two: 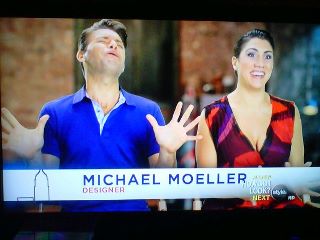 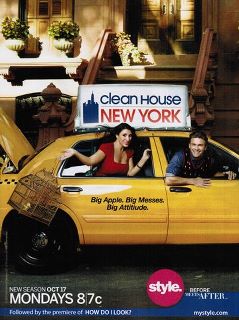 Yup. They booked ‘Clean House’ New York on ‘Style Network’.  I’m psyched for Michael, he’s a  seriously awesome guy that deserves a lot of success.  He came off on Design Star as super bitchy, and yeah, sure he can be, he’s also super self-depricating, smart, kind and has really good taste and style.  These two were more determined to win Design Star than any of us, so kudos to them for booking a show.  Again, this is NOT an endorsement, i’m just bragging about my friend and wanted you to have the info.

So that makes 4 of us that have shows out of the 12 on Design Star my season. And i’m still rooting for very handesome and talented Dan Faires to get a show (he makes a really good appearance on my holiday episode, by the way, stay tuned AND he’s making and selling really beautiful furniture by the way, check the link above).

So what i am endorsing? auditioning for Design Star because turns out even if you don’t win, it seriously opens doors.

In other news, should i go as 1978 Dolly Parton or ‘a carrot’ for halloween?

Last year i was Judith Light which entailed going into my closet and getting dressed. (Yes Corbett was a chicken, Leigh was a tea-bagger, Brian was ‘Oats’ from Hall and Oats and Ian was a bumble bee) 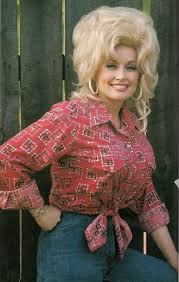 Look how pretty she is, though. Seriously.  I love you Dolly.

But a carrot would be really fun, too.  I think we all need to be food more often.  I want Orlando do go as a triscuit, but he wants to be ‘bone didion’ (yes a skeleton version of Joan Didion).