So I had him lacquered this beautiful blue (Galapagos Blue from Benjamin Moore). It cost $300 to lacquer (plus pickup/drop off). Rarely does anything cost less than $300 by the way. It seems crazy but lacquering is expensive because the materials are expensive and it is just really laborious and time consuming – needing lots of coats and sanding to do it properly.  So even if its something small its often $200 – $300. Anyway that ugly disgusting piece of garbage then became this beautiful statement desk: 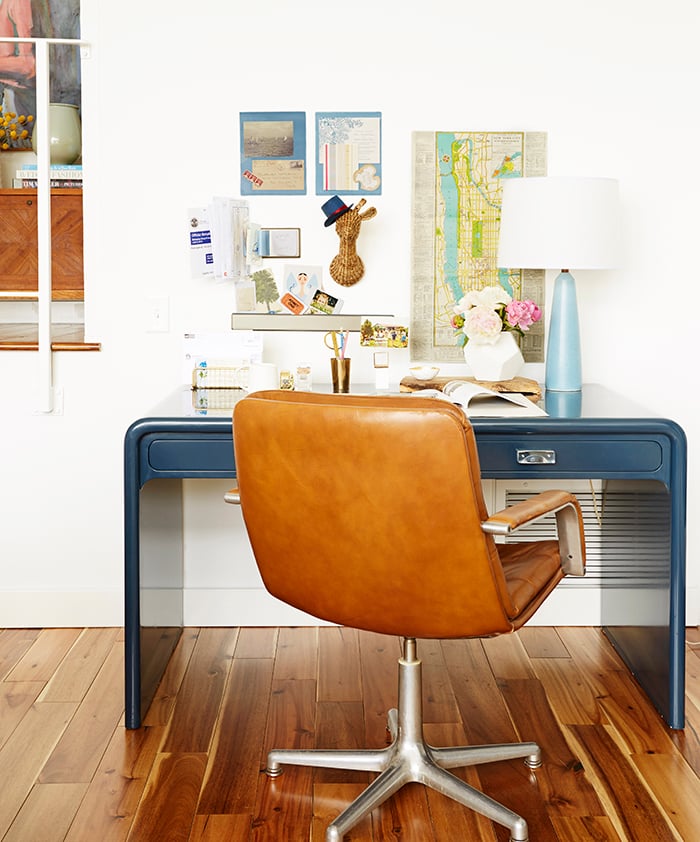 Oh hey pretty. It was finally time to debut it. Its been in our guest room as Brian’s home office, but its too big for  in there so we are going to sell it, but before we did I wanted to at least shoot it. So we used it for the 3m Home Collection shoot. 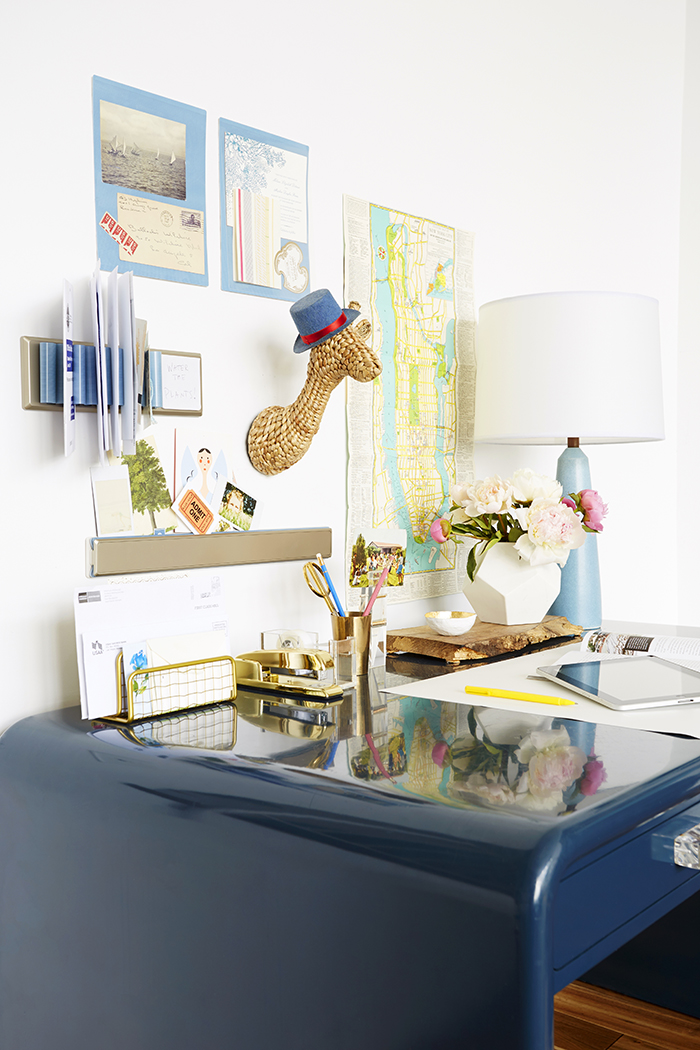 Here’s the thing about lacquer – it looks pretty amazing when its in perfect condition, but its fragile. Its pretty easy to scratch and since its whole thing is that is EXTREMELY shiny you can see the scratches. I am selling this bad boy now, for $250 in LA (unless you want to coordinate shipping) so if anyone is interested let me know and you can come pick it up. Like I said, it has some scratches and some chipping on the bottom, but nothing crazy and ABSOLUTELY worth $250. Up next? Exhibit B: the retro vintage sofa that was once hideous. 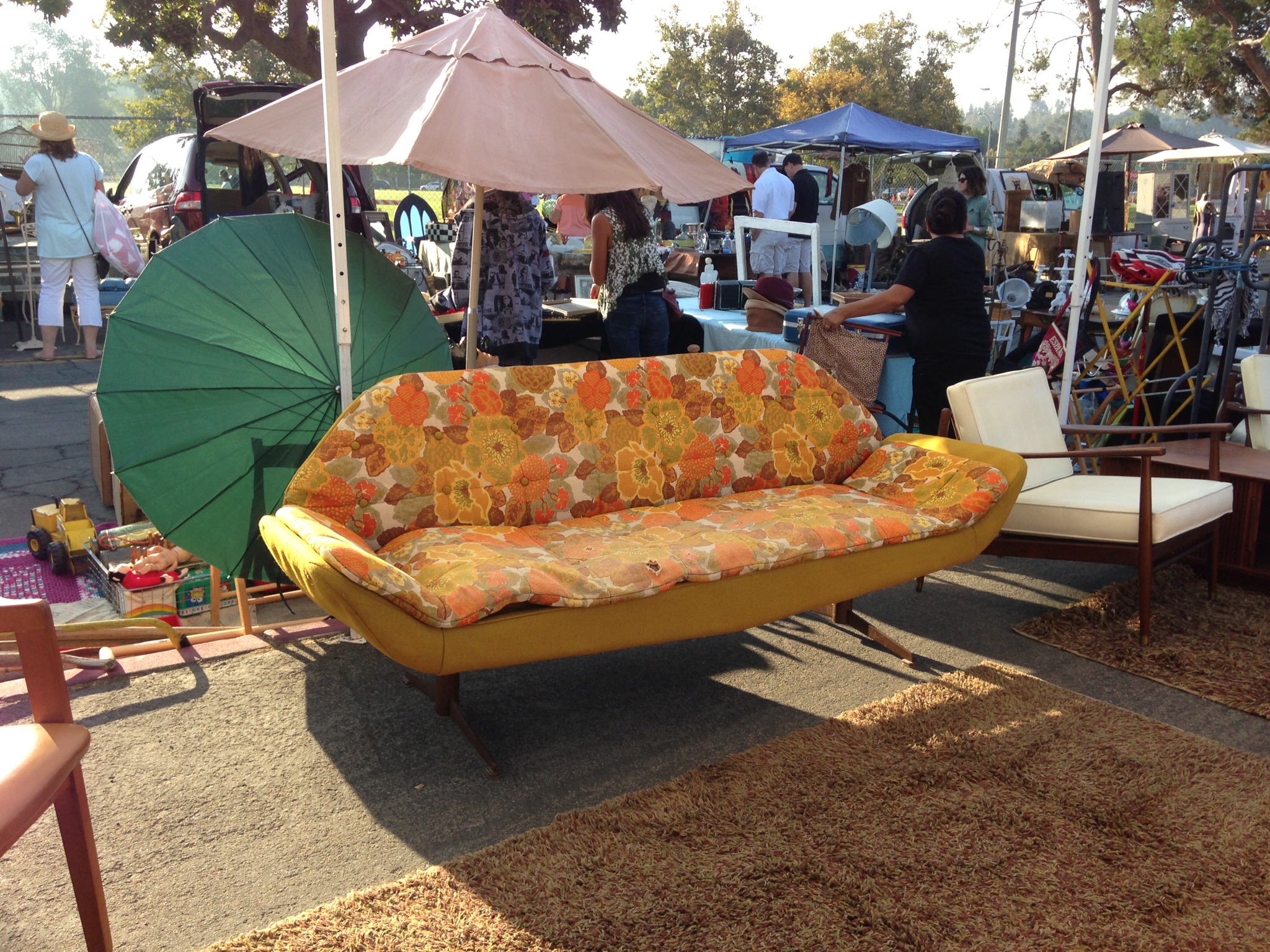 This guy I splurged on because the shape was awesome and the scale is so good – its a small sofa, but bigger than a loveseat and packs a lot of punch with style. It was $400 from the flea market. The reason that is expensive is because the labor of recovering it was $600, the fabric was $12 a yard and we needed $10 yards.  Yes, this is cheap for fabric – i’m pretty sure its just thick pink canvas but it was so hard to find that color and that is what we wanted. 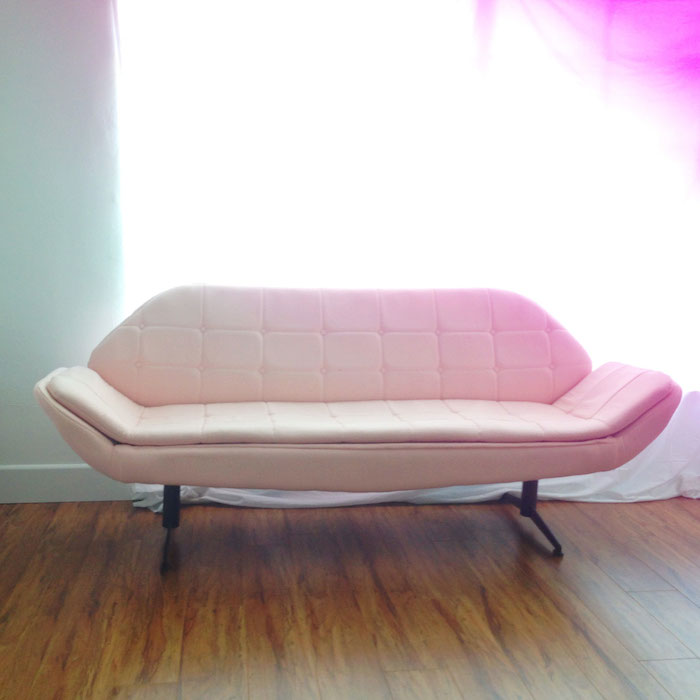 We used it for two magazine shoots (Redbook and Matchbook Mag) and so it was time to retire it from our portfolio. Around that time we started designing the Ban.do creative offices and figured it was just perfect for them so we sold it to them for $700 (which yes, means that I lost money but I already got it in two shots so it kinda pays for itself in a way). 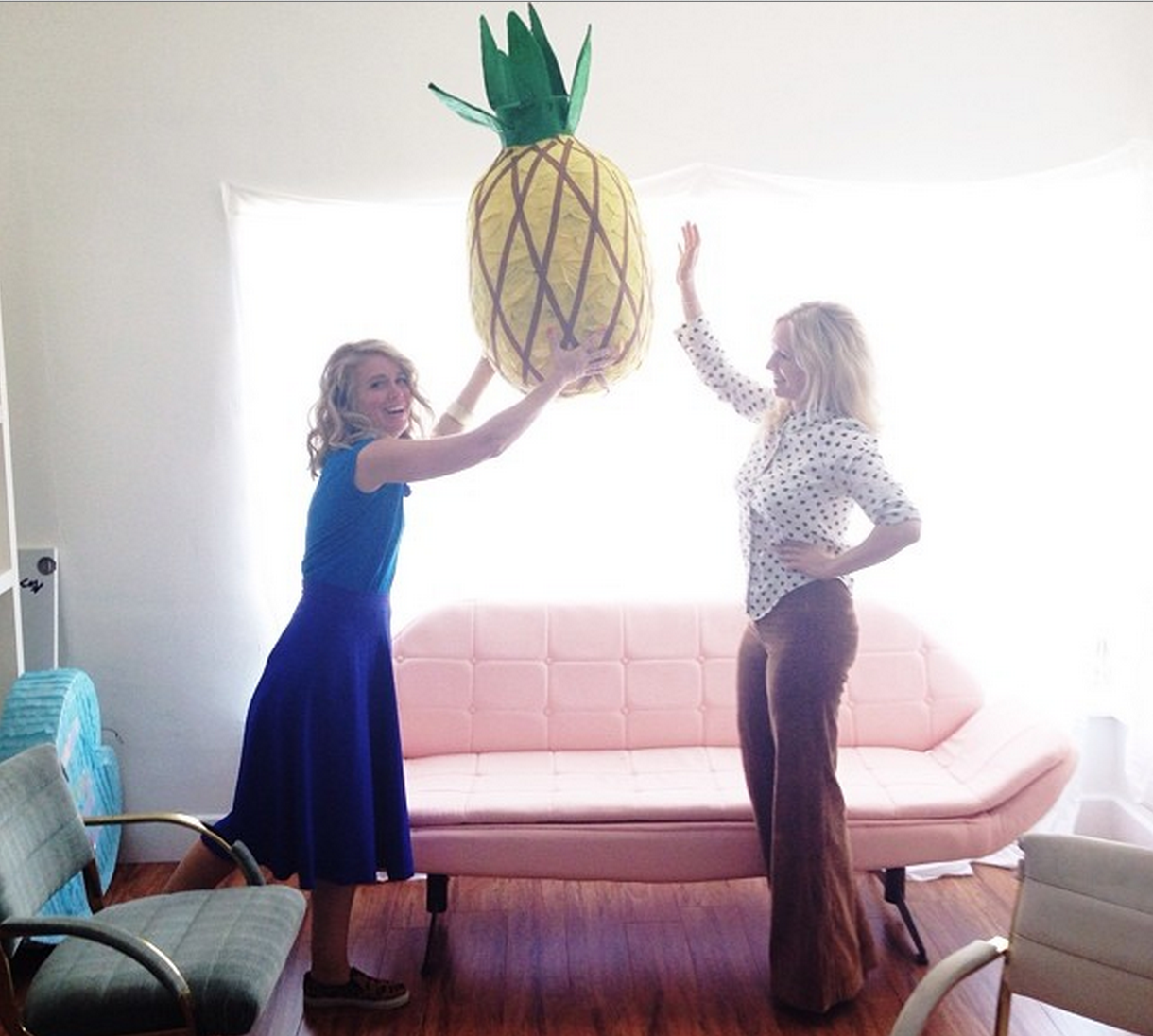 Here is Jen paying me for the sofa in pineapple pinatas – its the new on trend form of currency. Anyway, those are my two recent before and afters.

If you can’t get enough then check out this vinyl chair,  oh joy’s office chairs,  and these now hot pink velvet chairs.  Happy monday, folks! xx