So part of my new job is doing a ton of research.  Every show has to be super different with two different styles. So while we say ‘mid-century’ as a broad term, i have to break it down to a particular style or decade within that.  Long story short i’ve been researching the 50’s, trying to interpret it in a not so kitschy way.

So I found this vintage book, which i am now obsessed with.  It’s not necessarily the furniture, which, doy, is totes beautifuls, but its the styling of them.

I mean, its kinda weird right?  So graphic and clean.  In fact the only reason i even think its a photograph and not a drawing is because there are shadows places….but i can’t find photo credits, so it might just be a drawing.  And if so, then whoever drew it is real real good. 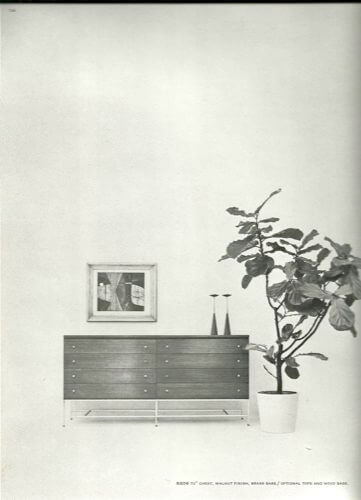 You know I love a sculptural fig tree.  And the amount of negative space is awesome.  kudos.

Quite the risk with that thin black and white  stripe, Mr. McCobb.  And awesome/strange placement of that plant.  Well done, sire.  Its totally cuckoo in such a sophisticated way. 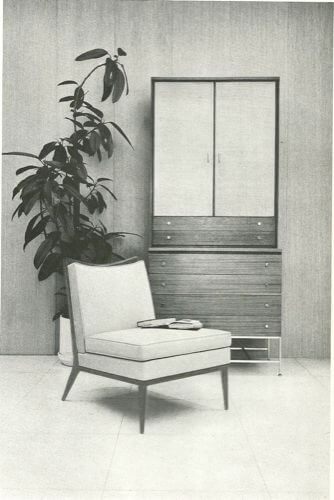 Anyway, it makes me miss styling and working in photography…well ‘miss’ is weird, it’s like how you miss an old boyfriend that you thought you were in love with until you met the man of your dreams….more nostalgic, i suppose.

404 Comments
Oldest
Newest Most Voted
Inline Feedbacks
View all comments
Our sites use cookies to improve your experience. Learn more