It’s a questionable disease.  I haven’t been to the Rose Bowl in two months and its almost killed me. So Saturday night i prepared for it like it was Christmas + vacation. I set out my clothes. I charge my phone and camera.  I set the coffee maker to auto brew for 5am.  I put on a mask (facial, not a criminal mask) and crawled into bed at 10pm, waiting eagerly for my alarm clock to go off at 5am.

When it did I was legitimately thrilled.  I arrived in Pasadena at 5:45, PITCH BLACK. Everyone was still unloading and setting up and the few shoppers that were there were carrying flashlights.  It’s a special experience.  Let me be clear, you don’t need to go this early, no one does really, BUT there is something so romantic about it that makes me insist on doing it. It’s a community of people obsessed with beautiful old things and i need to be the first to see them – just in case.  (and by ‘see’ i  mean ‘feel’ you could hardly see anything). 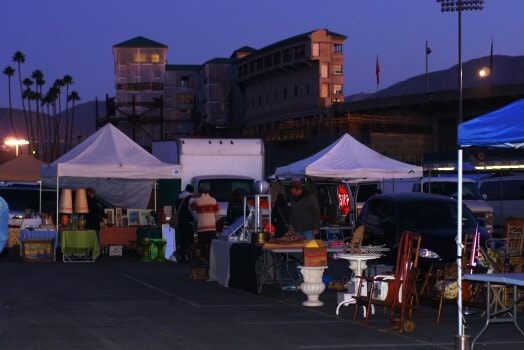 This was an hour in.  Not even when i first got there. We were FREEZING. 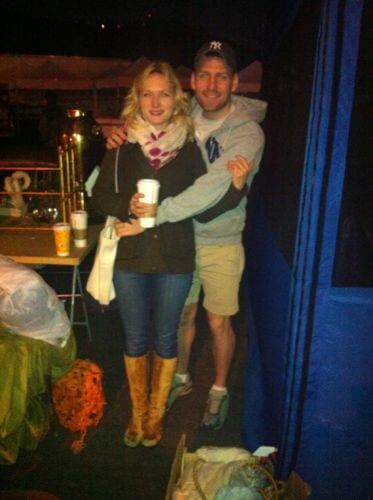 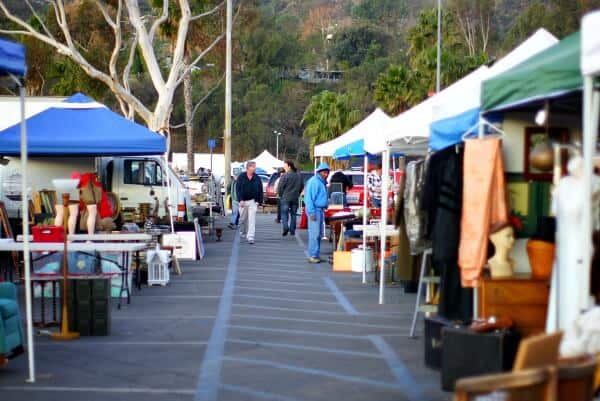 The early morning hours are truly the best. It’s not crowded at all.  There are still a ton of good pieces left.  The sun isn’t beating down on you yet, everyone is in a good mood.  It’s like Belle in Beauty in the Beast during the ‘Little Town, full of little people’ song.  Bonjour! 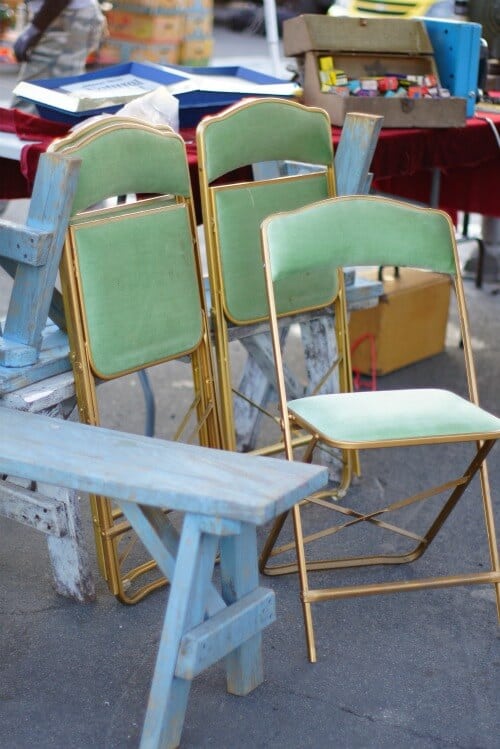 For me I got these 4 folding green velvet and gold folding chairs from the 50’s.  For $50.  I love these and have wanted them ever since I saw them on Robyn Glaser’s site 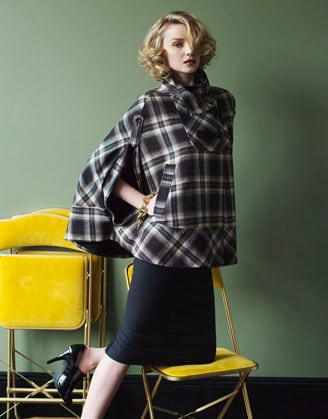 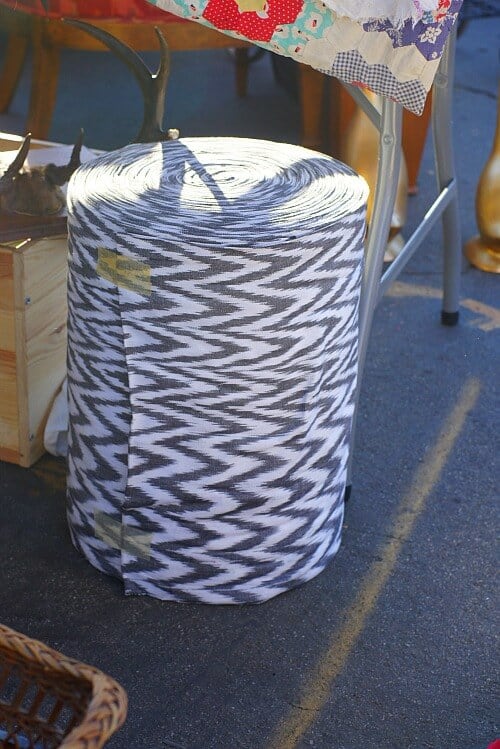 We also scored 90 yards of this black and white chevron ikat for $100.  And its double that width (like 54″).  That is about $1 a yard my friends. It’s already going on a bench for a client but i think its also going to be drapery for another client.  Or for me. 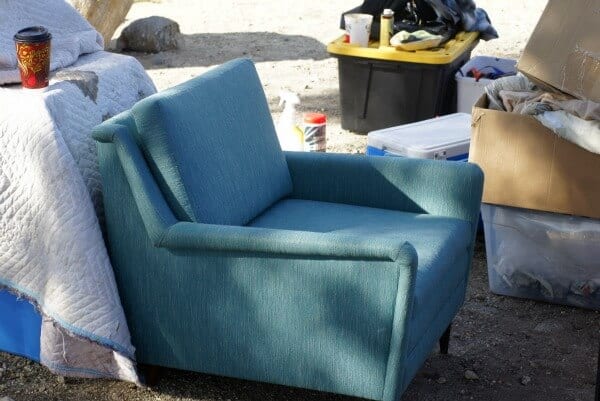 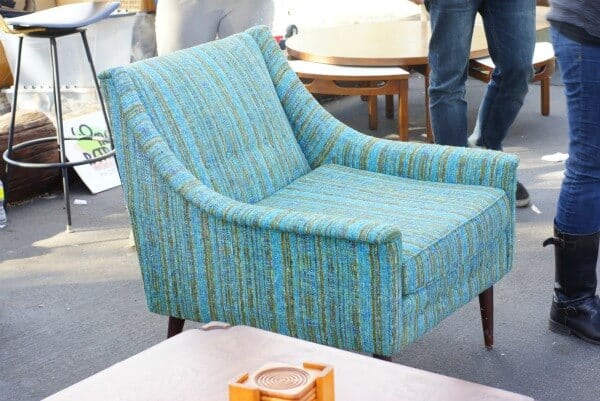 These two club chairs were late in the day purchases.  We really liked the top one for $400 (brand new upholstery so its still a good price) but then they said we could have both for $600 (the other one has brand new upholstery, but its more vintage style) so we couldn’t resist.  We thought our client would love the top one, and if they didn’t like the bottom one then Orlando would buy it for $200.  They do look pretty cute together in the right room. 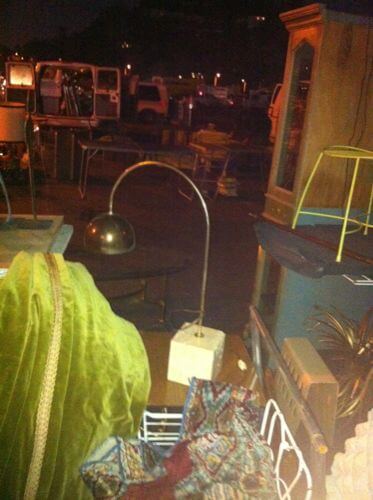 We got loads and loads more. I mean A TON.  We stayed for 9 hours  – yes we opened and closed it. We didn’t eat one thing. We spent around $3500 (for clients, not us) and we had a blast until we had to start collecting them all and trying to push carts of chairs and coffee tables through the crowd.  Orlando is going to do a post with all the pics, so make sure to check his blog this week.  www.hommemaker.com

And thank you so much to everyone who came up and talked to me/said nice things.  I had a group of 9 year old girls that were incredibly sweet as well as tons of hip chicks that totally made my day.

And in case you are going to Americasmart this week, i’m speaking there on Thursday at 11 (i think). Come and smile at me because i’m going to be terrified (although i have a dress rehearsal today in front of a bunch of fake audience members with a speaking coach, so that will be helpful).

Which is your favorite?