Well, folks, I’m back after the best month of my life. Of course I’m still spending every day at home with Charlie, but after a month of just cuddling in bed its time to cuddle him at my desk. I missed blogging and we have so many good things planned for this year. But I have to say … not working is kinda awesome. It’s the first time in my life that I’ve ever given myself permission to just not work and feel no guilt about it. My god, it was fun. Brian was home most of the time, too, his parents were here helping, and we had the holidays to celebrate. It was just so special. But, moving on ….

Alright, so check out this weird thing that I do: I write letters to my future self. It started when I was 15 years old my church asked us to write a letter to our future selves as moms – the idea was to give advice to our ‘mom’ selves on how to deal with us, 15-year-old girls. I won’t regale you or my parents with the list (although it is very entertaining) but trust me that its compelling stuff and if i ever have a teenage daughter I will 100% try to be the mom that my 15-year-old self wanted me to be.

It was a weird task, but one that I must have loved because 14 years later, when Brian and I got married we did the same thing: we, as a couple, made a list of promises to our future married selves to attempt to stay as normal, in love and young at heart (and liberal) as possible. Brian initially thought that I was crazy, but then (per usual) he ended up loving it and we came up with a list of like 44 promises. It was everything from ‘We promise to never live in a gated community’ to ‘We promise that our individual happiness is as important as our collective happiness’.  You know, basic promises.

Here’s the thing, when you are young you have a perspective that is fresh, optimistic and in a lot of ways more RIGHT then when you are older. You see couples that have been together forever that don’t talk, don’t spend time together, don’t communicate well and while you don’t think you could ever be like that, you know that it’s not like they set out to be like that either. They were once really in love, communicated everyday and  just somewhere along the way they started letting things slip. They weren’t monitoring their relationship closely enough and soon enough they’re sitting at a TGIF on a saturday night, eating their surf ‘n turf in silence for an hour – not because they are fighting but because that’s just what things have come down to. You know what I’m talking about.

We still have that list and as we get older we find ourselves slipping away from that idealized couple that we set out to be and its a constant reminder to be who we set out to be. It’s almost like we don’t want to let our 27-year-old selves down. Those people were pretty cool, after all.

So this is the first of the ‘Promises to Charlie’ series about how Brian and I will parent – its way less for him and way more to keep us accountable.

For my first promise, little Charles,  I promise to live my life as if you are watching it on TV. This is a big one, I know but I figured why not start big? I don’t want to be just a good example to you when I think you are watching or when I’m ‘parenting’ you, but instead change some habits, monitor my language/tone, be accountable for my decisions and pretend as if you were watching me do EVERYTHING – with this little innocent face: 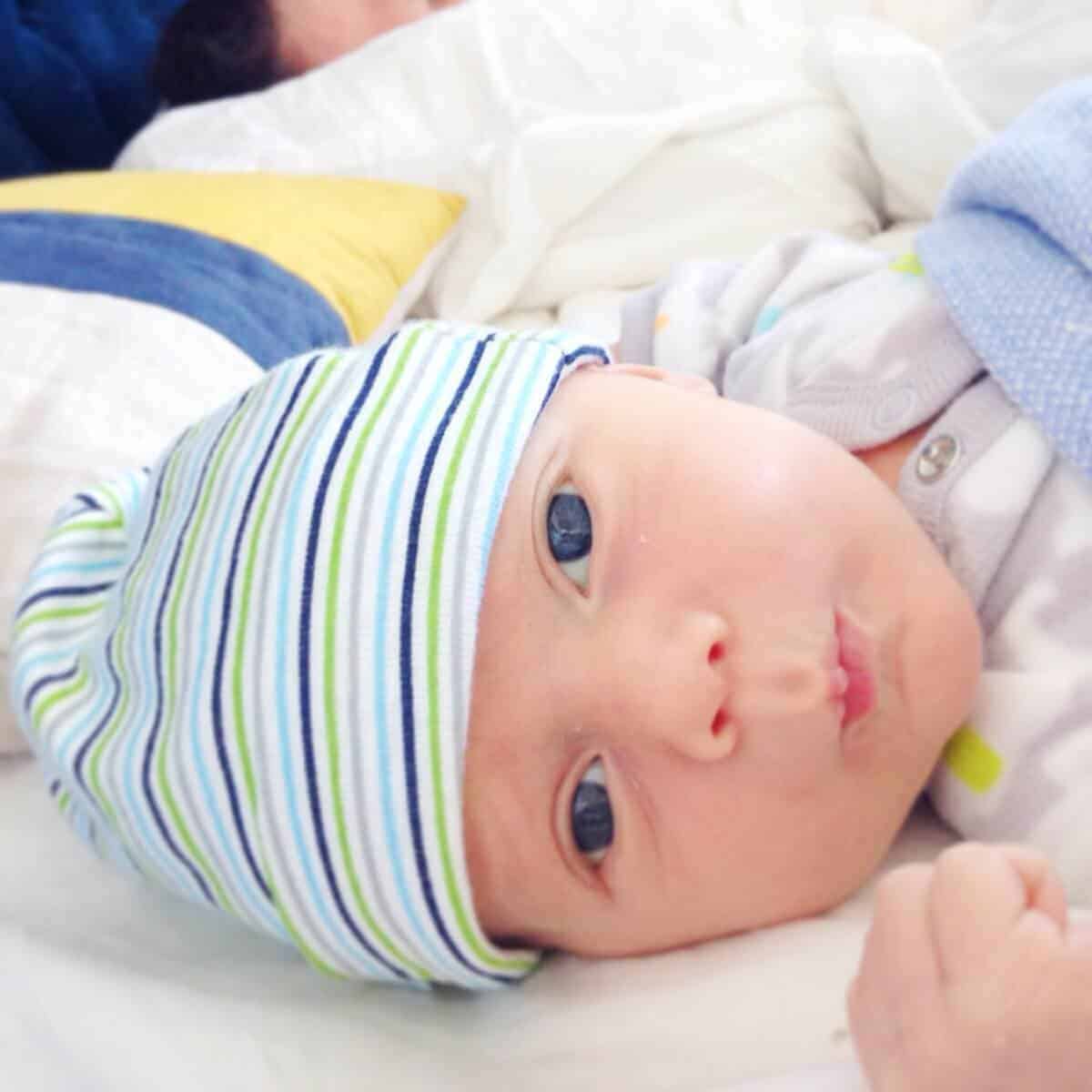 My parents were and are extremely good examples for me. They treat everybody in the world with kindness, they treat each other with so much love and respect, they don’t lie, they don’t yell or make each other feel bad, they don’t cheat other people – they are just really good. I’m pretty sure it has a strong positive effect on me and my 5 siblings and why I have a fairly strong moral compass. I’m not as good as them, I know I’m not and pretty sure I won’t ever be, but as the moulder of our sons morality, we certainly need to be better than we are now. 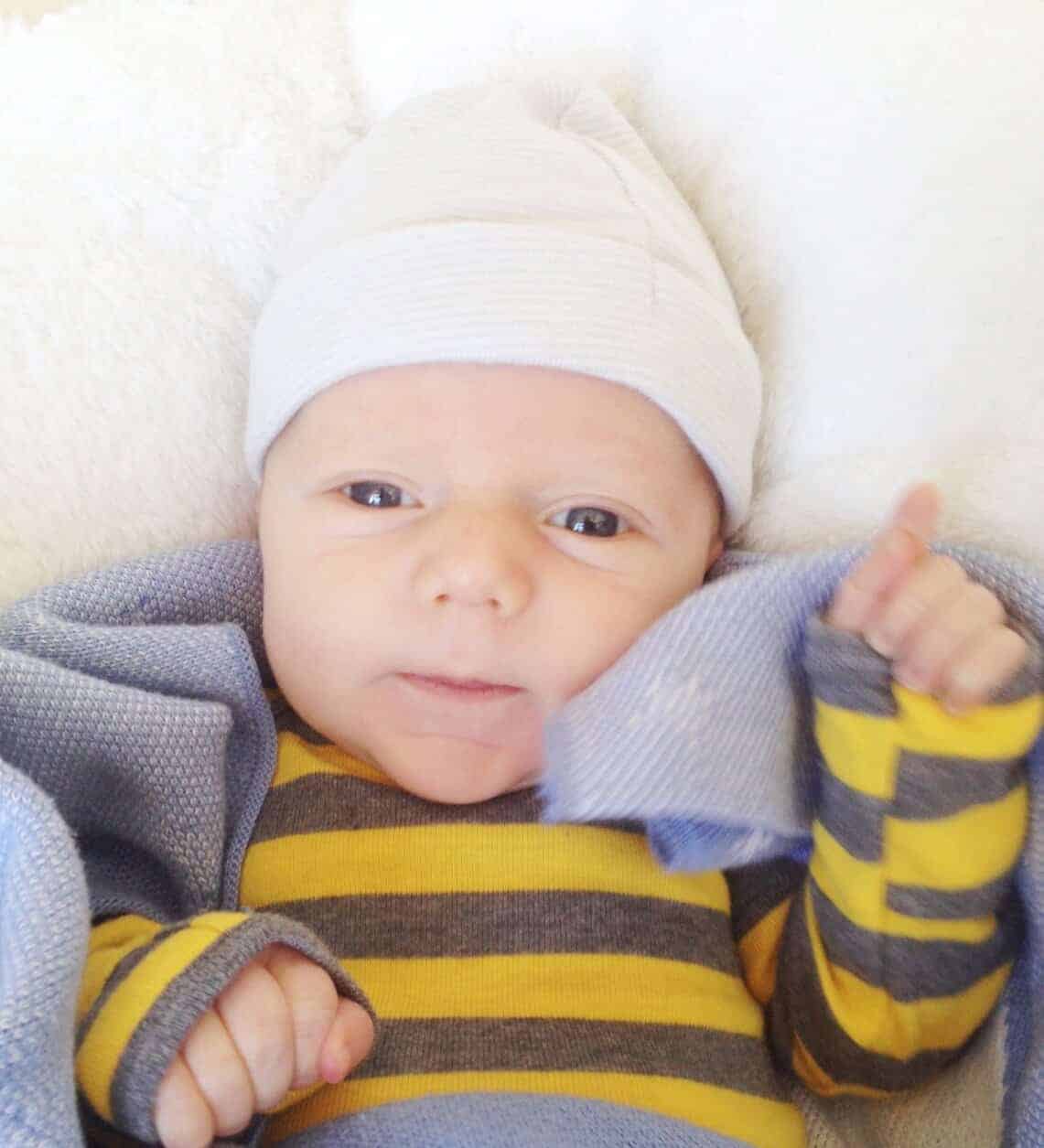 Its not that I think that i’m a bad person, but there are times when lying is just so much easier and feels really harmless, when gossiping about someone is just so much fun, when lashing out just feels so natural, when cursing just comes so easy, when watching garbage TV is so second nature, when being vain is just so much more fun than being practical and down to earth. So I’ve been trying to figure out how to task myself to be a better person for him and I think that this might just work. It’s not that I’m trying to be all rainbows and lollipops; I’m going to be angry when I’m angry, sad when I’m sad, and vent when I need to: just a lot less of a A-hole about it. Honesty without cruelty.

Being morally responsible for a child is intense to say the least. I know that how I treat myself and people will directly affect how he treats himself and other people – and that’s pretty terrifying and daunting. So,  Charlie, I will pretend as though you can understand and hear everything I’m saying and I will try very hard to be a good example to you at all times – not just when you are old enough to speak and repeat what I say or when I think that you are old enough to analyze me and tell your friends. I know that it starts very early, I know that you can pick up on our energy and so despite the fact that you still look like an amphibian, I’ll be a good example to you starting pretty much now.

After all, how can I possibly be rude to the incompetent salesperson on the phone if i’m picturing this guy watching me? I can’t. There is no way. I just don’t want to disappoint him. 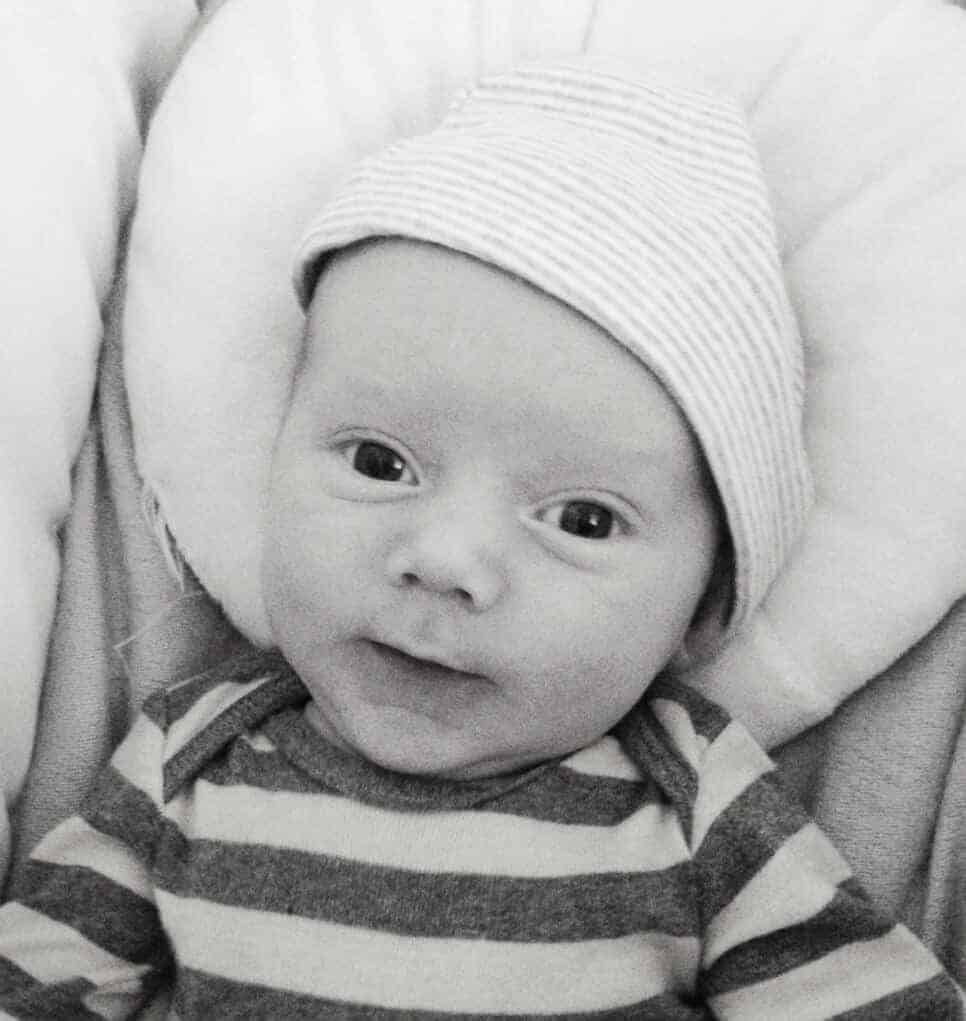 SOOOOOOO…… Am I the only one that does this? Do you guys have any ‘promises’ (gosh, that sounds hokey) that I should know about? Please, share and make me feel less weird … 😉