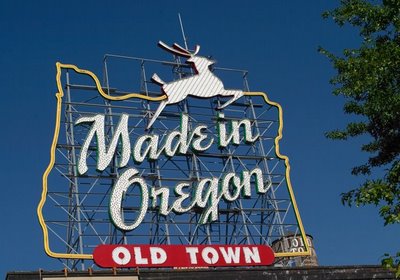 I’m headed to Portland (I think) this weekend for some blog stuff,  shopping for clients, meetings and some good old market research PLUS (and here’s the real excuse) i get to see family, friends and some new babies. I love me some new babies, with their small toes and little noses and miniature faces.  There is something just so relaxing about Portland, it actually makes me anxious to go.

So, I’ve never done a Portland Guide, and i’m really, really, really hoping this is going to be the weekend where i finally catalogue all my favorite stores – vintage and new, fashion and home, big and small.  And of course blog about them.   Which reminds me of something….

I remember when i did the LA guide and i got some feedback from some Interior Designers that i had ‘spilt their secrets’ and they were pissed.  At first that made me feel TERRIBLE, and then 2 minutes later i was all, ‘really?’ REALLY?’  And then i made a list of why what i wrote was good and not bad:

1. We live in interweb times – you can google ‘vintage stores los angeles’ and find almost all of the same stores that i highlighted.  So first of all, there are very few secrets, anybody that wants to find them, can with or without me.

2. if a designer with a trained eye is that threatened by regular nice homeowners with good taste who want to shop for themselves, then maybe they need to check themselves and their ‘eye’.  Sure we all love some of the same stuff, but i know that i can walk into Hernandez brothers in LA and pick out the good stuff from behind the good stuff even if there are 50 people in there.  It’s like trained writers being threatened by bloggers – just do a better job, make yourself worth your salary.

3. Most of these stores will ONLY buy more vintage when they sell more vintage – they can’t turn over if they don’t have the space or dough, so as soon as they sell something they buy something new – its the only way to keep the inventory fresh.  They won’t run out, they’ll just spend more and turn over more.  I asked them before i posted about them. AND

4. Its a recession for god sakes, people with good taste in the design industry need to make money.

BUT there is something to be said for keeping some sources a secret because they will ‘run out’.  My upholsterer, for instance, is too busy already to keep up with my demand so as soon as he expands and gets another assistant i’ll leak his name and info but until then, it would actually hurt my business.

OR Estate Sales – the good stuff goes fast to the savviest shoppers, the more that come the more competition, yadda yadda.  And lastly, the really good middle of the valley thrift stores.  Thrift store and estate sales really are just good luck and they do have a finite amount of good stuff, so the more people that go the less likely there is going to be good stuff.   So I understand keeping them a secret.

There.  If that doesn’t make sense to you then i don’t know what does.

I’m looking for really good stores in Portland that i might not be able to google. For instance, The Good Mod was something i just found randomly and its awesome.  Can you guys list more? Where should i shop? I know the general areas, The Pearl, Northwest, Hawthorne, Hollywood, Sellwood, but am i missing anything new or amazing?  And especially stores that sell on-line, too, so actual products can be featured on the blog.

Speaking of a great store having a huge sale, one of my favorite stores in LA, 45 Three Modern Vintage is having a massive sale this saturday that you should go to.

Tell Staci i sent ya.  She’s got really awesome stuff.

AND IF YOU HAVEN’T SEEN THE HOLIDAY GUIDE YET, CHECK IT OUT – THE LINK IS ON THE RIGHT SIDE OF THE BLOG, UP THERE.  IT’S 238 PAGES OF GIFTS AND PICTURES. YES, I AM SHOUTING BECAUSE IT IS VERY EXCITING! TELL YOUR FRIENDS AND LOVERS.  ALTHOUGH PROBABLY NOT WHILE MAKING LOVE TO THEM, THAT WOULD BE WEIRD.