Or in my case ‘Challenges’.

Alright the first Pinterest challenge, spring edition, has ended.  Here’s a recap in case you missed my post last week:  Sherry and John from YoungHouseLove.com, Joey and Lana from JoeyandLana.com, and Katie and Jeremy from BowerPowerBlog.com  and I, Emily Henderson, decided to challenge ourselves to a DIY challenge based on a pinterest inspiration photo.  (Pinterest has nothing to do with this, we are just fans).  So we gave ourselves a week to find the photo and do our interpretation of it in our very own DIY.

Let me be clear.  I can be DIY, but in order to really DIY well, you must have patience and i don’t.  I romanticize the idea of painting my walls or sewing my own drapery, but two hours into i stop the project, distracted by the shiny reality show going on or an adorable little bearcat that is begging to be cuddled.

Therefore, i was looking forward to this challenge to make me finish something.  And i’m not sure i succeeded.  Stay tuned.

So my first brilliant idea was inspired from this photo (interior design by Kelly Wearstler). 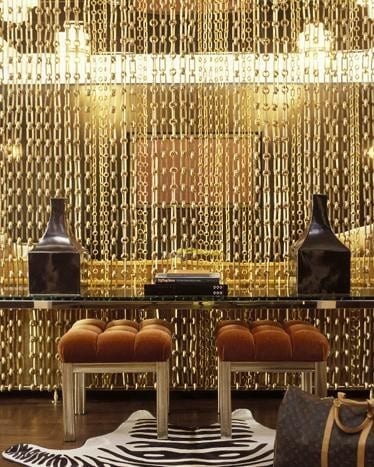 Uh huh.  It’s awesome.  And lucky me (and unlucky Brian, Orlando and everyone else who has been burdened by having to carry this at some point) I found 15 bags of 100 foot long vintage brass chain from a architectural salvage store about a year ago and schlepped it home.  So i hoarded it, as you do, and its been sitting in my living room (too heavy to really move) since then.  I want to do this wall, i really do, but i plan on moving in the next year so i didn’t want to do an installation that i couldn’t move. And also, where i would do it doesn’t get a lot of light and gold chain needs reflection to really be appreciated so i’m putting this off until next year. 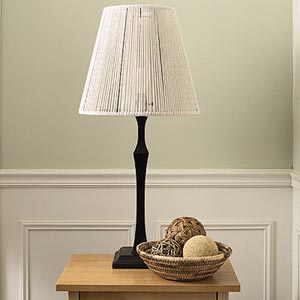 But i want to do it with my hoarded chain, but i couldn’t find a picture of anyone having done it before.

PERHAPS THAT’S BECAUSE IT IS A BAD IDEA. Keep reading.

So i start with this prototype, just to see if i like where its headed.  I stripped this $5 beat up lampshade:

And with a glue gun and my hoarded chain (i was going to buy a mini-soldering iron if i liked it) i attempted the prototype, just to see if this could ever possibly work:

UH, nope. Just beautiful isn’t it? It looks sloppy and ultimately wouldn’t be that functional with the exposed bulb.  I think someone who had the right chain and who knew how to weld and doesn’t have the patience of a 4 year old could take this idea and roll with it – especially if it was just styled for a set and not an actual house.  But not me.

So i wanted to simplify it and add a lot more chain to obscure the harshness of the bulb.  Genius move, right?

So i decided to make them all even (like the string above) and hang it from a drum shade that has the same size top and bottom.  I had to undo each link (at 12) with pliars to adhere them, and my fingers started hurting. So i brought it to set where i have some awesome interns, Aubrey and Annie, help me out.

Sorry, this picture sucks.  I forgot that i was actually documenting this for the blog and was just taking pictures.

And ready for the big reveal:

Woah!!! its almost like that gold chain was way too heavy for the small wire circle ring.

So that idea is shelved until i get a welder to weld me a circle or square frame that is solid.  But either way it is going to need to be screwed into a beam because it is over 20 pounds. In theory, though, this could be awesome.  In theory.

WHOOPS.  Well, that was stupid.  So luckily, I was in the middle of a DIY project on set and i was all ‘ding ding ding, hello NEW pinterest challenge, its your blogger calling’.

So here was the idea behind this DIY project: 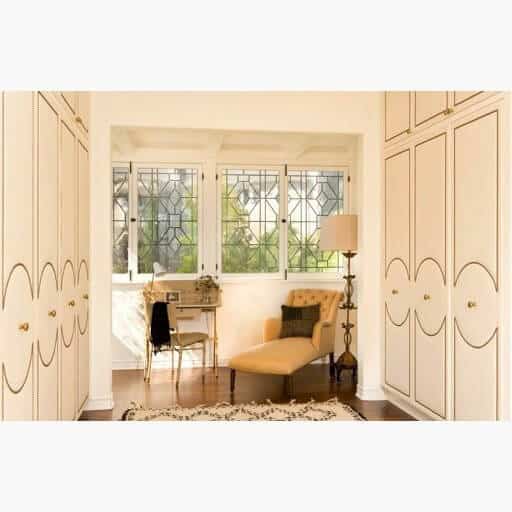 OH my those nailheads are awesome.   So i got inspired.  And then i found this one: 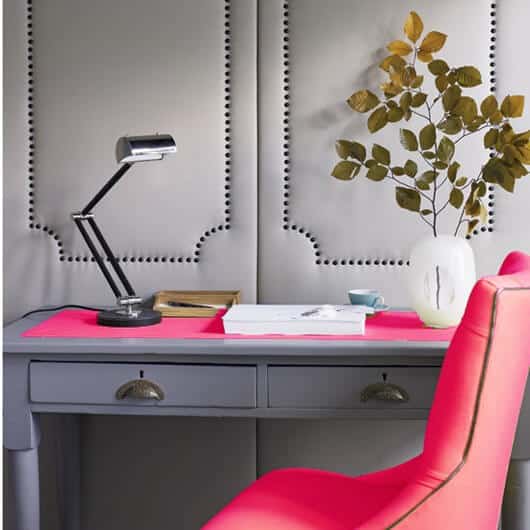 Another pattern, but the overall effect is awesome.  So unfortunately i don’t have before pictures of the closet doors that i decided to redo, you can kinda see them in the background of this picture:

So i bought plain closet doors, painted them white and played with patterns:

These weren’t measured out perfectly yet, just a visual.  i chose the one on the right, this kind of regency inspired silhouette.  And I decide to use these guys: 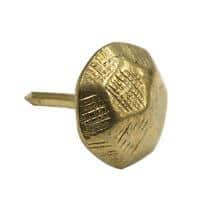 The hammered brass, not the aged brass. And we went to 5 home depots (plus a bunch of michaels who don’t carry them) to get all of them, and there are none, i mean NONE, left in L.A.

So we start measuring, and this is the boring part.  We had 880 nailheads, over 4 panels, so 220 each.  So we decided to do one each inch and to leave 10 inches in the middle blank.

But i did not do this by myself, no siree, i had some helpers:

It Aubrey, Annie, Brittan, David and my assistants Rebecca and Chris  a couple hours, while i was filming inside.

The main advice they said was to a. us a pencil to measure and make a dot.  b. use a rubber mallet instead of a hammer to not ruin the top of the nailhead.

And there you have it:

I wish i had taken better photos, drat.  But you get the general idea.

So it was quite an evolution, but it turned out pretty great and i was totally happy with it.  Had we had more nailheads i would have done an outside border around each panel to make it look more finished, but we bought all the brass hammered nailheads in Northern California.

It did get me excited to do something for myself (one of the rules, of which i failed) so yes, i’m excited for the next pinterest challenge.  Don’t forget to check Joey and Lana’s, Sherry and Johns and Katie and Jeremy’s results.  I’m pretty excited to see how they succeeded, which i’m sure they did. Probably not with interns, BUT they did have husband help.

So i guess my DIY was more DIYI (Do it your interns). Next time, i swear.