Dear summertime in LA (aka, all year round), are you ready for the parties that are about to happen on this deck in Glendale? And by parties I do mean play-dates. This deck is certainly not the typical back yard, but here’s my argument for it: A. we’ll probably only stay here til I’m done redoing the house and then we’ll find a new project/house, and B. children grow up all over the world (New York and SF in particular) without a backyard and they aren’t social lepers and are not allergic to grass. Would it be ideal if we had a backyard, too? Sure. But this deck is killer. 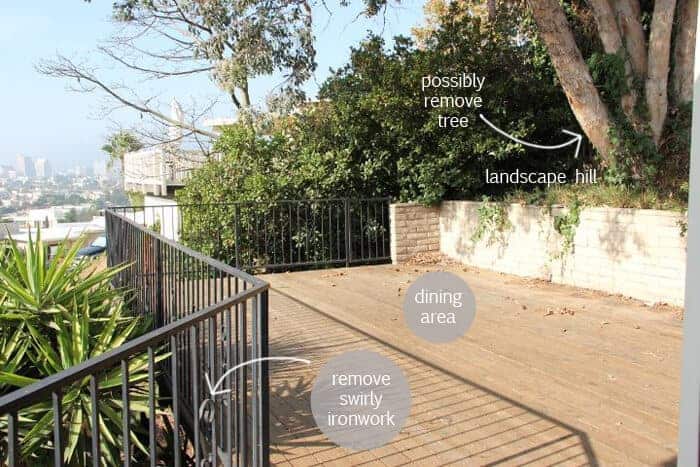 I’m trying to find the right landscape designer who can work with my meager budget on the project to help me with the vision, but right now I have made some decisions about what is staying and what is going. So, here is what needs to happen:

1. We might need to remove that huge eucalyptus tree. It is dropping on the deck so bad that we have to sweep it daily if we were actually using it and I’m sure it would ruin furniture. Plus its roots are pushing out the retaining wall and probably doing other foundational things. We’ve had a few tree dudes (that’s their technical name) look at it and they all recommend either getting rid of 1/2 of it or getting rid of it all together.

2. Landscape that hill. We want simple, low-maintenance, but pretty and surprising. Not sure what that means. I need a landscape designer. 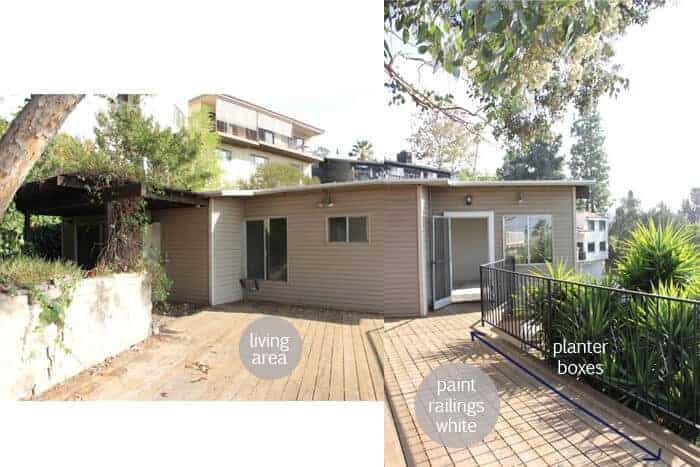 3. I think i want to try to make it more intimate with a long planter box along the deck with foliage in it – nothing too high that would block the deck but something that would create more a sense of an outdoor room and block the ironwork which isn’t bad, but it’s not awesome. 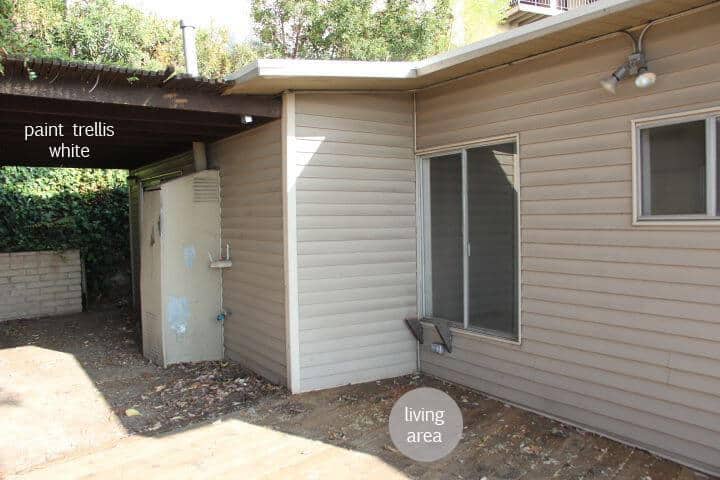 4. There is that area in the back that we might want to turn into either a backyard for Charlie or maybe a hot tub where i can party with high cut bikini wearing hot chicks. You know that’s what used to happen here. We could get some high quality turf and throw it in there, or some sort of ground cover that is comfortable for my little man to play around. Then I can close it off with some sort of cute fence or something and have that be his dedicated play area. 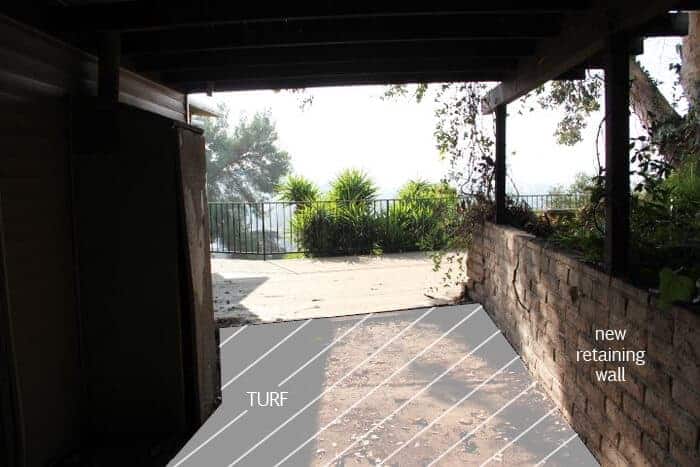 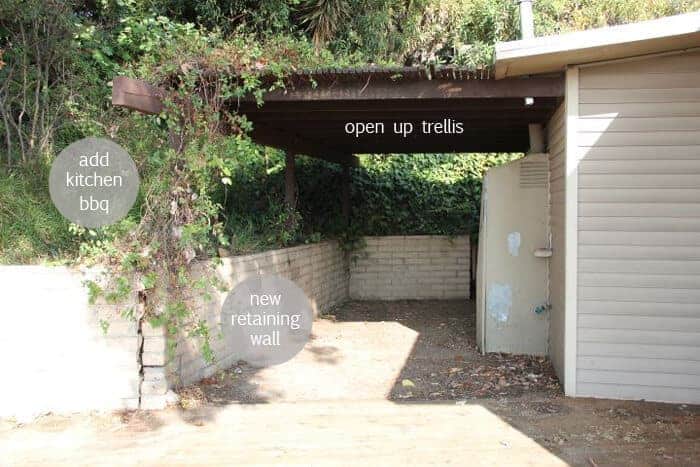 5. We need a new retaining wall, but do we just face it out or demo and do something new altogether. And what should it be? Wood? Stone? Paper Mache?

6. I want an outdoor kitchen. In case you think that’s because I like to cook I can assure you that it’s the opposite – I like to make food and that is what bbq-ing is: ‘Making food’. Our kitchen is kinda far away from the backyard and you have to enter/exit through our master bedroom which isn’t ideal with the amount of juicy fruit salad and trays of drinks that I’ll be trekking through the house. So I want a bbq area that has a fridge, gas stove/bbq and a sink if possible. Imagine if we had enough out there that we could cook everything up there? How boss would that be?

So not much progress has happened in the last two months barring some demo of the trellis. Now it just has the major beams across without all the other smaller ones making it super dark underneath. Brian had his friends come over right before we moved in and demo that stuff: 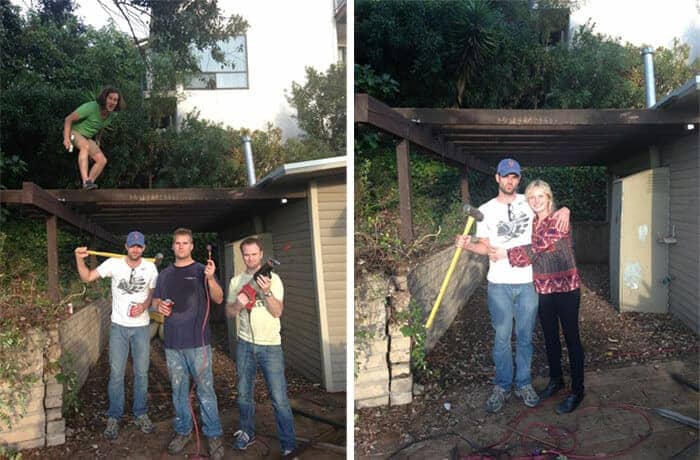 When you hold a sledge-hammer, extension chord or caulk gun you prove that you are macho. Slow clap, fellas. Don’t mind Ian on the ceiling looking like a troll who is about to put a spell on us. Thanks, guys, so much for helping. You are strong, handsome and generally Bruce Willis in Die Hard kinda macho.

Where are we headed style-wise?  Maybe here …

I want it to be comfortable/functional, first and foremost. Then exciting, modern, smart, stylish and inviting. I want it to be easy to maintain but warm enough that people can hang out for hours and hours and feel at home. Now that I have a kid and am working so much, I would like to manipulate my friends into making them come to me every night, so this is really just a master ploy so that I never have to socialize outside the house. Let the agoraphobia begin.