If you like it, then you shoulda put a bird on it.

Florence Broadhurst knew that. She was all “I got some huge peacocks, yo. I’m gonna put them all over the walls” (except she was Australian so she probably added a “crikey” in there), and then the best wallpaper ever was born. Nice one, Flor. 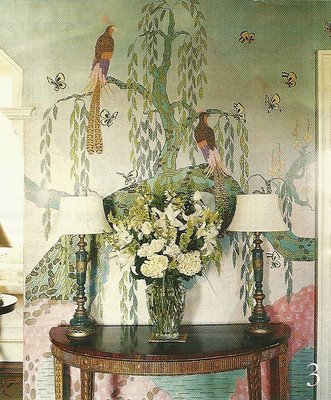 This peacock mural was from the house that the film “Evening” was shot in, which I got the pleasure of shooting with Cindy Diprima (we did the still shoot, not the film, obvi). This mural was insane. Guess what is going to happen as soon as Brian and I buy a house? Mural times. I be having murals all over my walls.

There are a lot of them in Los Angeles at houses in the hills that old movie stars used to own, that now new movie stars own, but as much as they love their 1920’s chinoiserie murals they don’t necessarily like it when I try to go inside their houses and look at them. Whatever. 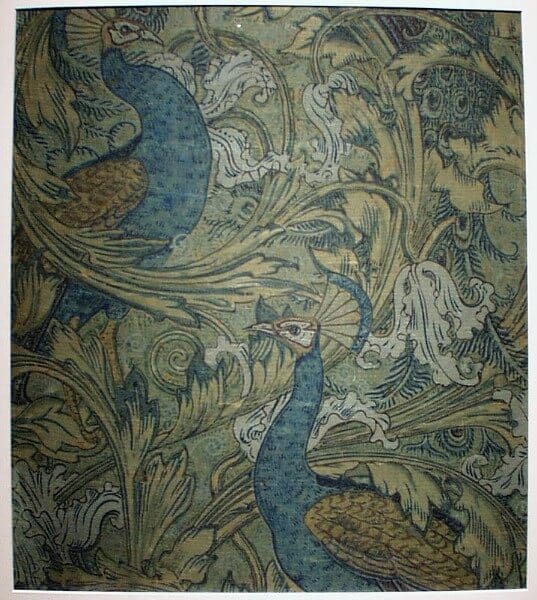 For now I’m on the search for a tapestry or screen or vintage wallpaper like this bad boy above. And for those of you who are all “peacocks have been ‘in’ for a couple years now, ” I say “yes, because they are always ‘in, ‘ because they are extremely beautiful creatures that do mystifying things, and also some of them are crazy colorful and beautiful and some of them are just stark white, which is also fascinating, plus they fan out their feathers when they get upset and become much bigger than their actual size and that is very interesting and makes me want to study them more.”

Some things are just pretty. Like flowers. Flowers will always be “in” in my book. Trust.

Ready to get your peacock loving mind blown? 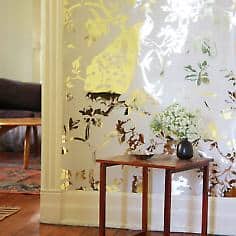 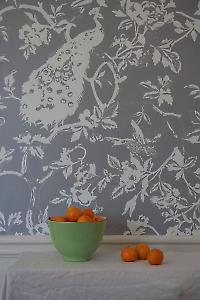 That’s the pattern, but someone (very genius) had it made in metallic. And as much as you want to source, I’m still looking for it and I don’t really want to give it up because this one is mine, folks.

Meanwhile, I found this stunning painting at the NYIGF. It was 4’x4′ and incredible in most ways. Trying to convince a client to splurge …

Can’t sleep. Headed back to Los Angeles tomorrow/today and excited to start some webisodes for HGTV (don’t worry; it’s not in place of a show, just in addition to). I’m also going to start some how-to videos for the blog/youtube and want to know what you want to learn “how-to” do, assuming that I know “how-to” do it. 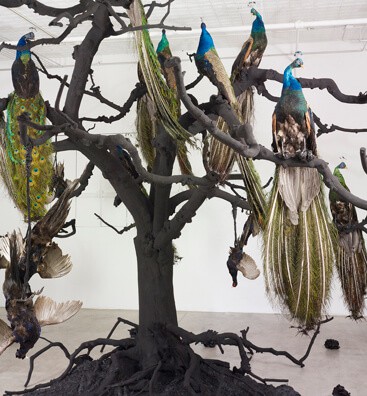