Most contrasting styles can work together if you balance it well and stick with the right color palette, in fact I cant think of two that don’t work together (wait, if they are both ornate and old i.e. spanish meets 1920’s, it can be hard because there are no straight lines or anything simple and modern to balance it out, but besides that….).  These two styles (mid-century and modern and global) work pretty well together.  The base is simple and clean and then all the major accessories are global. That’s why i layered it that way – you don’t necessarily want or need an enormous moroccan day bed in your  living room (although i do love those on a covered patio, for sure). Start with simple, clean lines and layer on the eclectic.  Too much of anything becomes a theme real fast, and while i know that some people preferred the first look, it was way too one note to me. The second layer is kinda the money layer.

I got that table at the rose bowl, it was $250 which is expensive, but it was a fantastic deal. It’s heavy, old and not going anywhere.  I think it’s japanese, but not totally sure.

Those two leather sling-armed chairs were from Design Modern on Melrose (tell David and Ryan I sent you) and they were i think like $200 each, then i had the cushions reupholstered in that modern ikat.

Here’s how i bought them. I’m a total sucker for leather detailing on furniture.  and they are kerazy comfortable and super low. 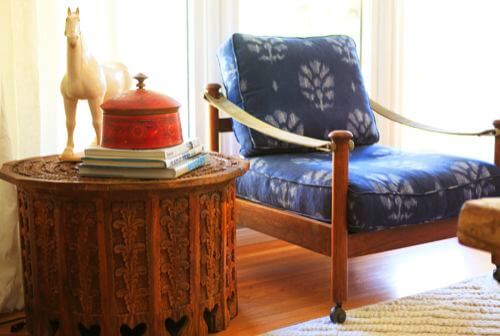 reupholstering was $100 per cushion, which frankly i didn’t know, so they did end up being like $400 a chair. Oh and the fabric was from Diamond on La Brea. That little side table was from the Rose Bowl flea market, and it was probably around $100 but i don’t remember.  That horse was from H.D. Buttercup ($80). 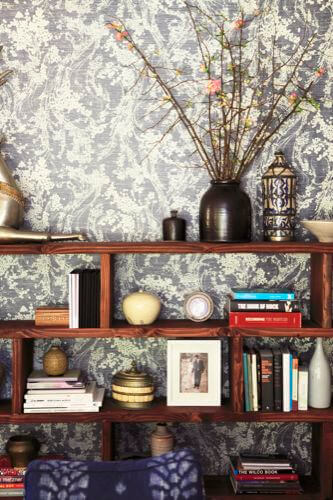 Still loving that wallpaper.  So here’s a good source for you:  Wallpaper city in Santa Monica. It’s a little carpet and wallpaper store that has a lot of dead stock grasscloths and some vintage wallpaper that they have either never sold out of or they have bought from wallpaper stores going out of business.  They do have more of this, i think, but not much.  And i feel like it was $60 a roll (grasscloth is massively cheaper than printed wallpaper).  But i love it, it has so much movement and energy and makes me happy.  I wish i had done the whole room in it to be honest.  Also that little round frame is not supposed to be next to that little round stash box, for the record.  much too similar in shape and color. Mr. and Mrs. Raval, if you are reading this, run home and separate those two objects, stat.  Leave your job, quit your job if you have to.  thanks. 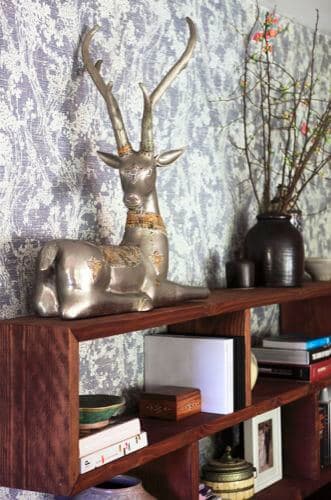 Hi pretty lady.  I LOVE that Gazelle.  It’s such a statement piece.  I think she was $175 at the Long Beach Flea market, i think. 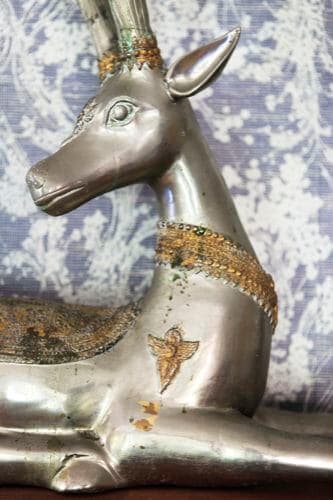 Now into the dining room: 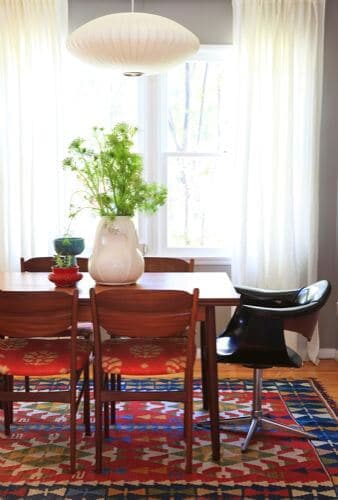 That rug is from A Oriental Rugs on Pico in Santa Monica.  It was $900, but he gave me a massive deal. Unfortunately a few days later i found one EXTREMELY similar from Ikea and we bought it, thinking we would use it instead. But the shopping segment was already lined up.  So when Orlando said ‘should we keep the pricetag on so they know its the expensive one’, he wasn’t kidding.  The ikea one was $400.  And they wouldn’t take it back despite the fact we didn’t touch it (they NEVER take rugs back) so we still have it.  If anyone wants to buy it for $200 let me know.  I can’t use it on the show again because its too similar to this one.  Anyhoo, i love this rug and it is much prettier than the Ikea one and the fact that it is the real deal and hand woven gives it the authenticity that those colors need.  And its super family friendly, and reversable even.

Also A Oriental Rug company is MUCH cheaper than a lot of  expensive rug places.  If ya’ll have shopped for real rugs you know they are a fortune.  And anything that is pretty and 8×10 often starts at like $3000.  But this place is MUCH cheaper and a lot of rug stores on Melrose buy from them and sell them at their store for twice the price.  And the owner lets you take it home for a couple days on memo, and is easy to negotiate with.  plus he’s hilarious. and he’ll tell you that you have very good and expensive taste.  and you’ll believe him because it makes you feel good.

The pottery on top is from Room and Board, the drapery is ikea’s white linen panels (which aren’t lined, but other than that are great.  wash ’em a couple time and hang to dry and get the wrinkles out and they are super flowy, romantic and beachy). 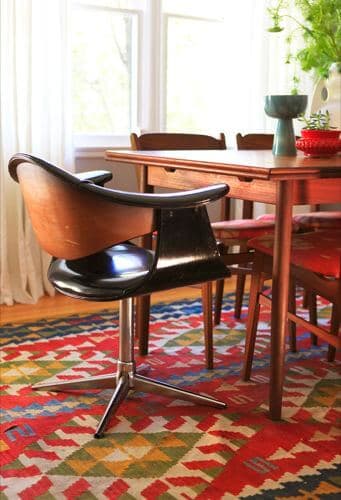 I forgot to tell you my regret?  that tv box.  Here’s the deal, the tv actually disappeared really nicely on that grey wall, but i had already established in the plans that it would be a diy so i diyed it.  After it was up, i was like well that’s stupid – it actually calls more attention to the tv, and its not really fooling anybody.  The family took it down pretty quickly too because they couldn’t get it to stay open.  whoops. 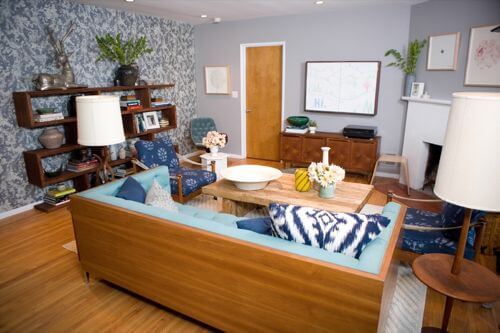 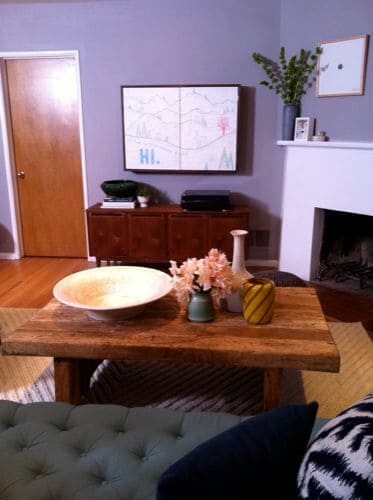 It’s a good idea and someone should invent one that actually works, but i’m not that person, apparently.  Don’t worry this is the last time that i attempt this. I will say that what is extra bad about these tv’s is that they have to share the focus with the fireplace and it detracts from the fireplace.  In other houses i take a different approach, but also the floorplan allows for the tv to not have to share the same focal wall as the fireplace. 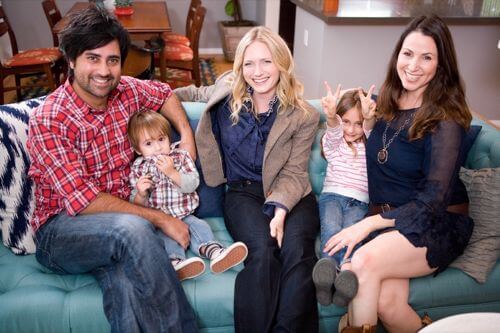 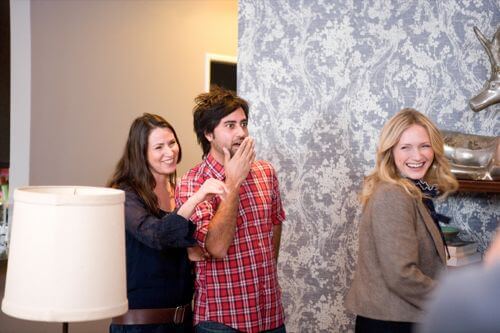