Every halloween people plan their costume for months, swarming the costume shops and thrift stores. Moms painstakingly sew delicate princess dresses.  Boys dream of finding that perfect realistic spider man costume that just might help them to actually swing on his webs.

But, once again i just went into my closet and got dressed = costume.  I truly don’t deserve credit for having an imagination. Or maybe its the opposite.  It took me 4 minutes to find my costume, which is disturbing, although i do have very good time management skills so i have to give myself some credit.

So this halloween i went as a ‘1983 News Reporter sleeping with her producer so she can become an anchor-woman’.

You know, as you do.  I was a go getter, a total whipper snapper.  Sassy and flirty, with a lot of ‘This just ins’ and ‘back to you jack’, with a wink and a little unncessary biting of my lip.

Yep. i’m a walking costume.  Please note the name of my network on the mic, but please don’t tell my mother what that means.  I was in a clouded state when i decided to work for that network. 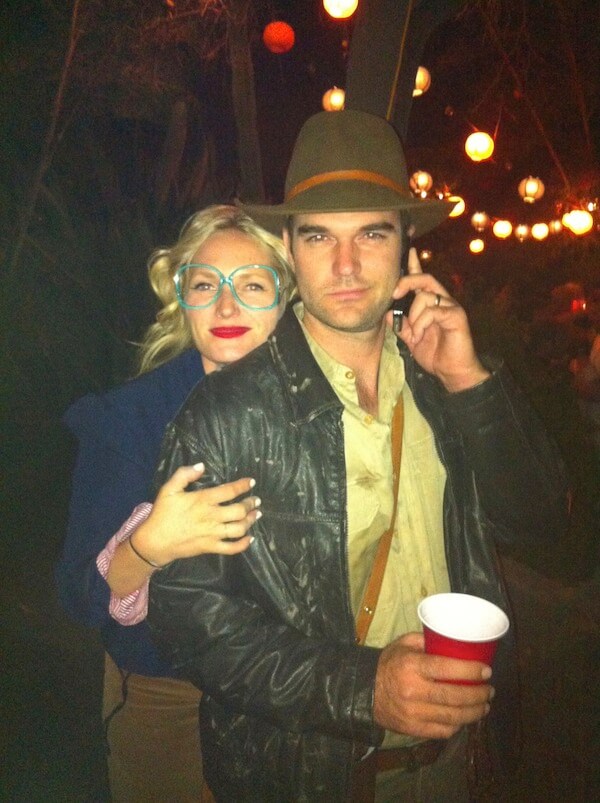 Brian fufilled every 12 year old boy’s dream this halloween as he went as Indiana Jones.  Usually he’s more creative than this, but i’m not sure if he’s ever been happier in his life….like even on our wedding day.  I mean, this was the happiest day of his life.

In case you need a refresher on my history of costumes, look at last years costume: 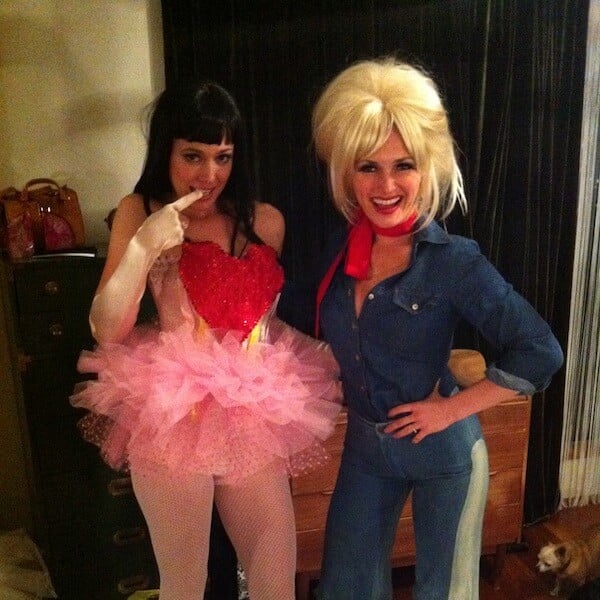 As Dolly Parton.  For that one i actually bought the wig but otherwise i went into my closet.  Corbett was Katy Perry, obvs. 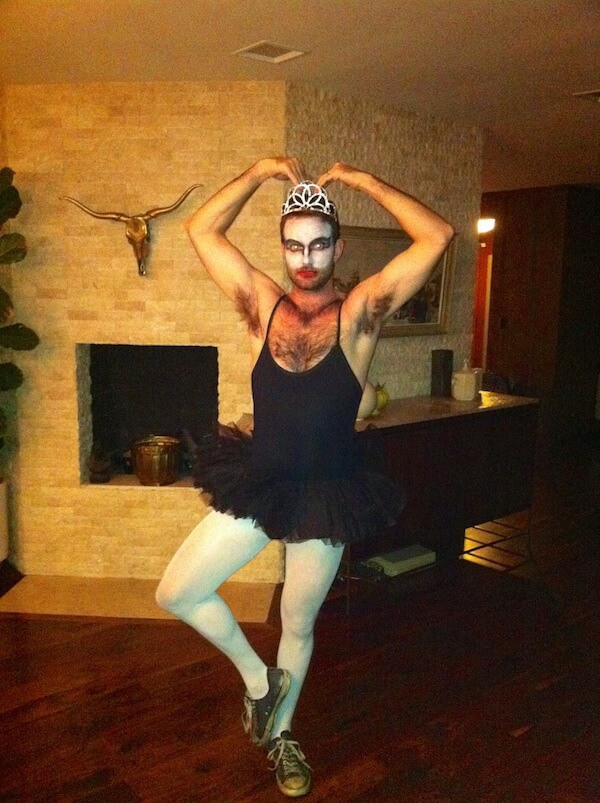 I know.  It was all fun and games until we ran into Lea Michele and she was white swan:

She wasn’t so keen on the amount of attention black swan was getting, but yes, she did look beautiful. So did he. He was such a beautiful demented swan.

Then 2 years ago i went as this chick: 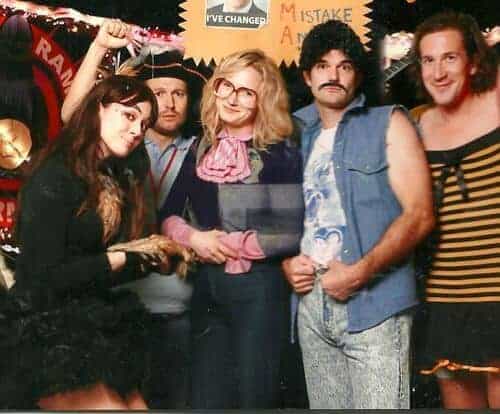 Who? you ask. Judith Light.  Duh. From this post.  More specifically Angela from ‘Who’s the Boss?’.

So there you have it.  1 costume, 3 ways basically.  What can i say, i’m uncreative and yet very resourceful.  And clearly i have a thing for the early 80’s.

Next year? Sally Jesse Raphael OR Goldie Hawn’s character in Overboard – when she was rich and miserable, though, not the poor and happy one. Please.