Last year “Good Housekeeping” asked if they could do a feature on me and my flea market shopping. Knowing that “Good Housekeeping” is the NUMBER TWO most popular magazine (think about it, every Dr.’s office in the world) with 4.5 million readers I said, “Does Lindsey Lohan love ankle monitors? YES, let’s do that.”  So we shot the “before’s” in January at the Rose Bowl, the “after’s” all styled up in March, and now the feature is in the June issue, which is only on the shelves for 10 more days. 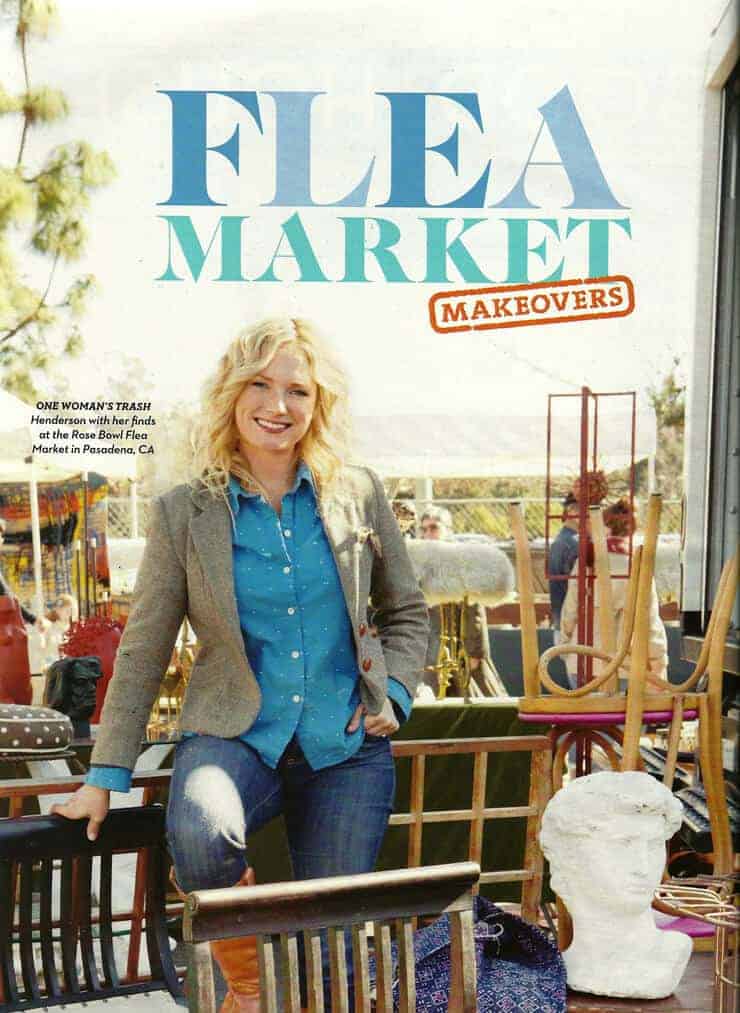 Remind me next time to drink dandelion water or whatever celebs drink the day before a shoot to debloat them. My face could hold up a cruise ship in that photo. Must have been a really good Saturday night the night before.

These were the eight things that we bought below. The idea was that they all needed to be cheap and simple enough that they could be turned into something great. They also needed to be easily doable — not a crazy 14-step process DIY. The magazine wanted nothing mid-century or regency-style, all more traditional or country so I had to keep that in mind, too.

And the question that I kept asking myself (which I do about everything and I think every person in a creative job should) was, “Would I actually own this?” and “Would I actually do this for myself?” Now it doesn’t mean that it has to exist in my current small house right now, but would I keep these in one of my houses if i had 10 houses?  And the answer has to be and was consistently “yes.”

So here are the “before’s” (shot by the lovely David Tsay): 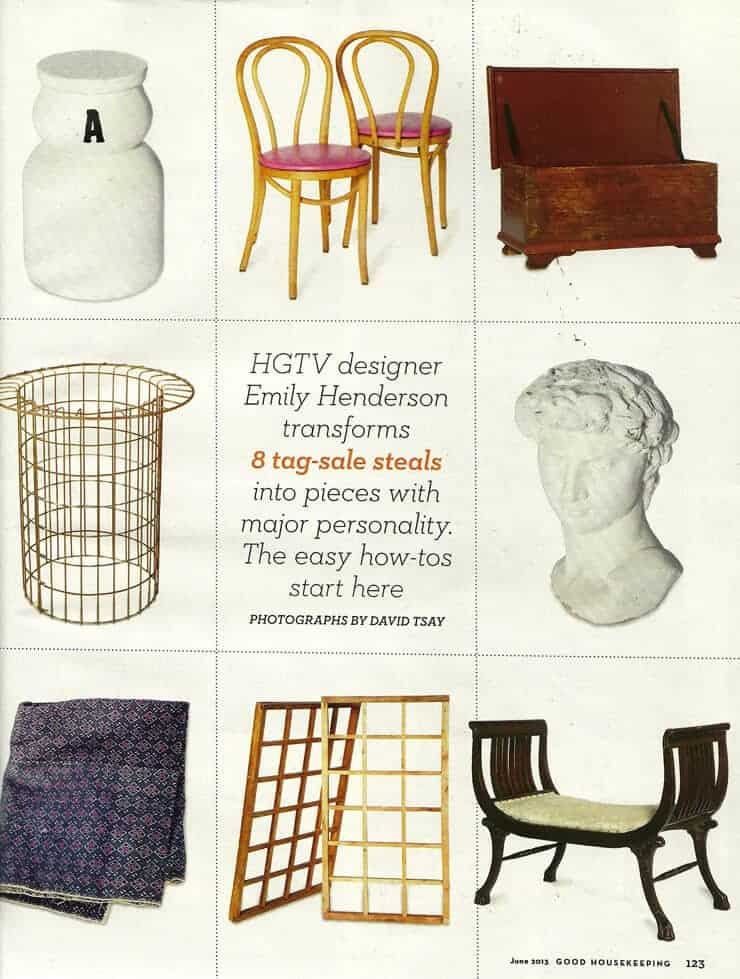 One of my favorite pieces was this bench, below. We reupholstered it in vintage/handmade Hmong fabric and stripped and waxed it to show the natural wood. It’s now sitting in my hallway and I LOVE it. 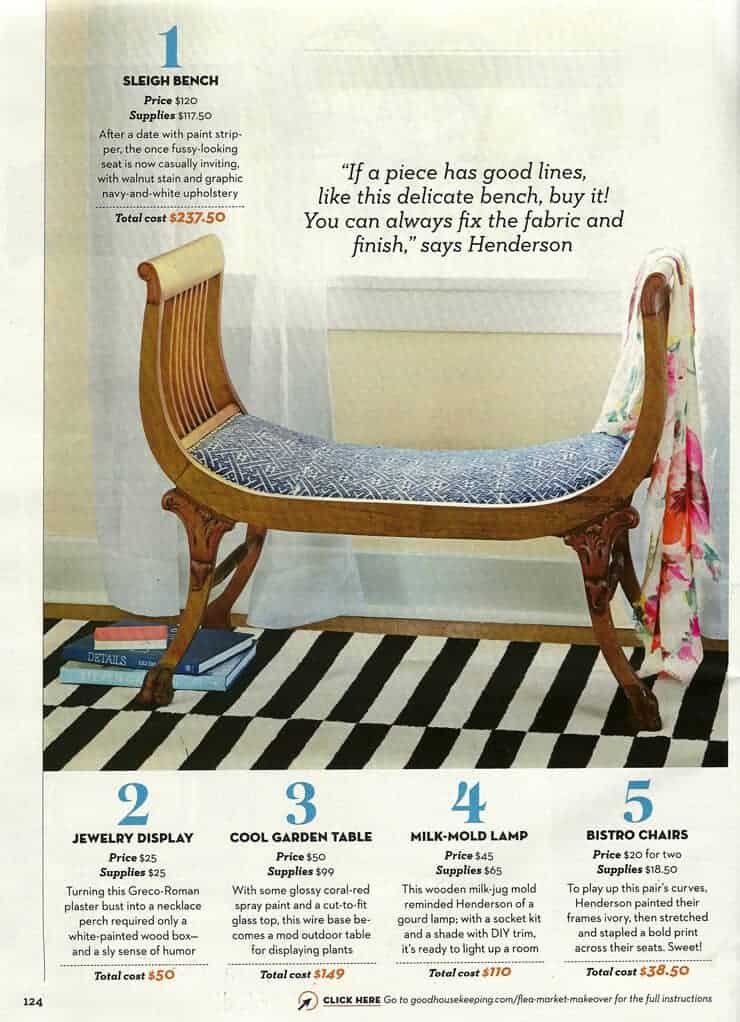 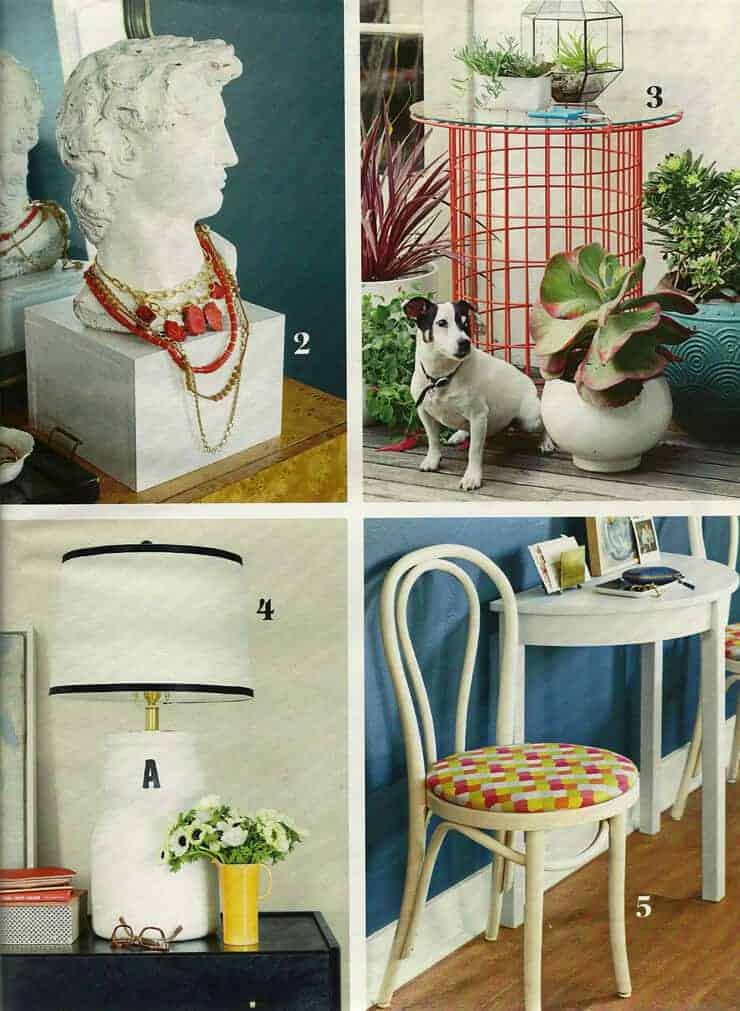 My job was to redo them (which, yes, I had so much help, namely from Orlando) but also to style them in environments that would show them off the best and give them the right context. It was tricky because I wanted them to look super “me, ” but they also need to look right for “Good Housekeeping, ” so it had to be kinda a modern version of traditional. Honestly, though, I love all those photos above. We shot at Scott’s house (which is beautiful) so it wasn’t hard to make it really pretty. 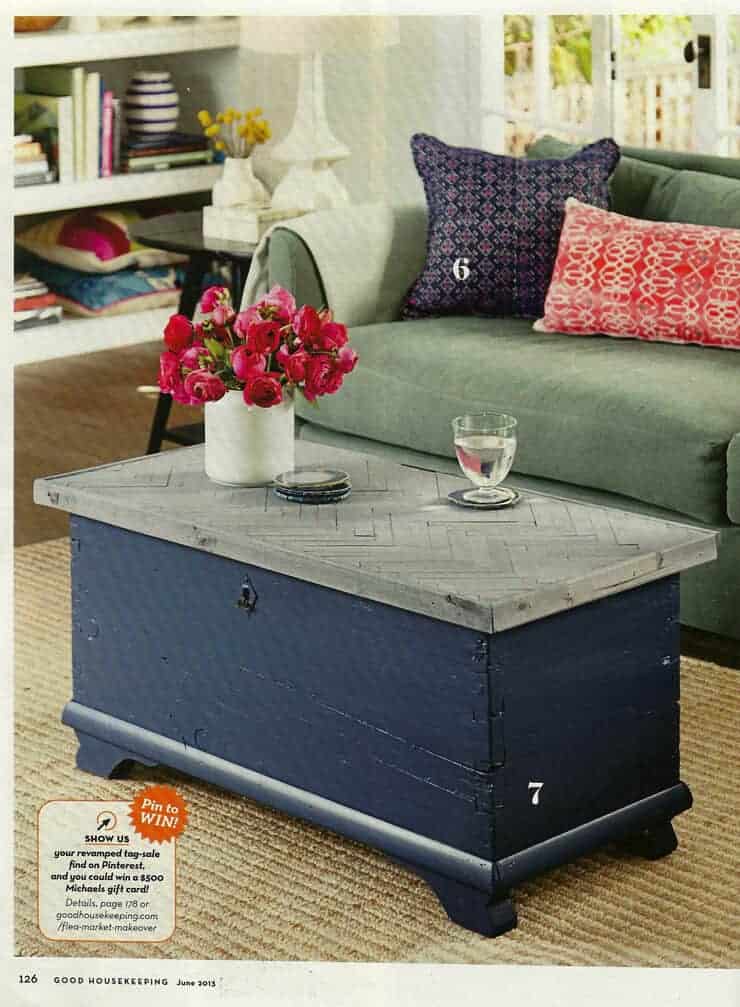 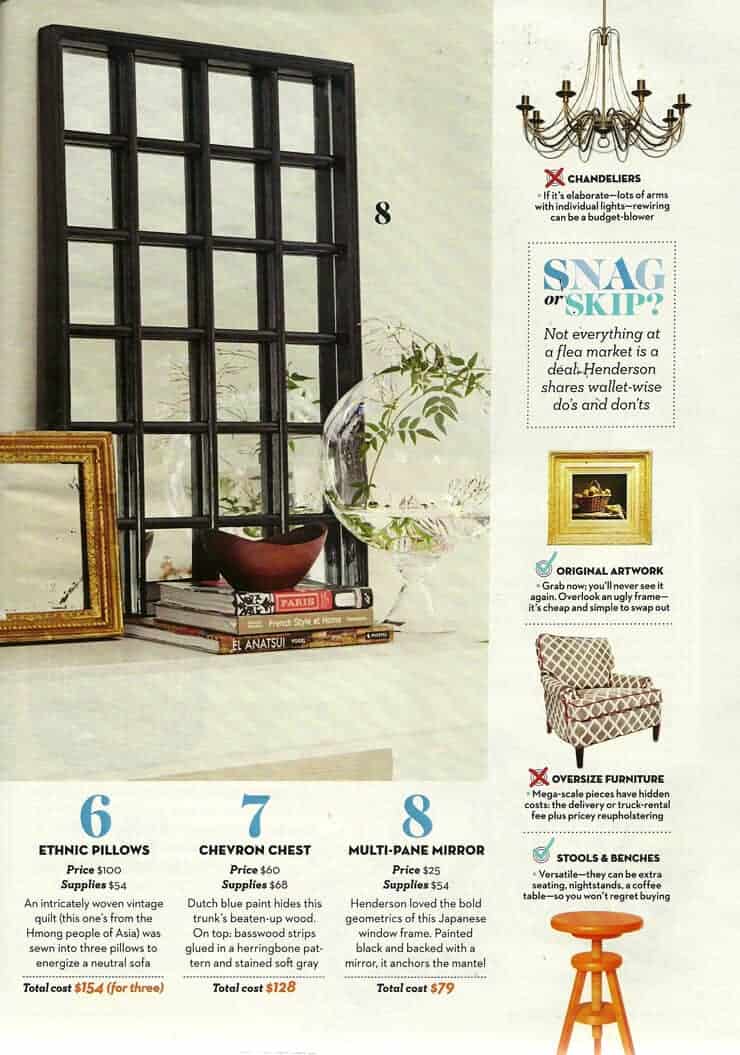 The herringbone top trunk was probably the most complicated so I’ll do a separate DIY post on that and hopefully more of them, but I’m not sure how many process photos we got. I’ll see what kinda posts we can scrape together.

So thank you very much, “Good Housekeeping, ” for the feature.

And now, friends, which one is your favorite?