Whoops.  Where did those two days go, eh? I took monday off because i realized that i hadn’t taken a day off in a long, long time, like not even a half a day.  I wasn’t going to go out on Halloween so I could go to bed early and wake up early the next day.  Then i remembered that i can sleep when i’m dead.  So i went out.  And we had a blast:

I was Judith Light (AKA i went into my closet and put on my clothes – notice the awesome emerson made jeans? huge hit – my sweater was green and we were in front of a green screen, so it went all wonky-color like).  I really just coulda been a hipster from Echo Park, but i kept talking about my ‘deposition’ that i had to deliver in the morning, so that kept me in character – and everyone was pretty non-plussed by me.  Brian was John Oates from Hall and Oats – check out the resemblance: 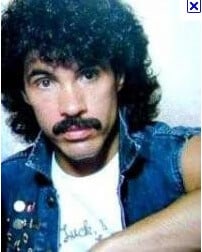 He’s good, i know. And what do you call a male camel toe?  manel toe? huh.

Leigh was a tea-bagger, Corbett was a chicken, and Ian was a bumble bee.

So I spent the day yesterday relaxing, and i mean serious atrophying of the muscles.  I didn’t get online all day, i’m not sure if i got off of the sofa either, a lot of tv might have been involved and a cat or two.  and it felt real, real good.

So here were my flea market finds from Sunday: 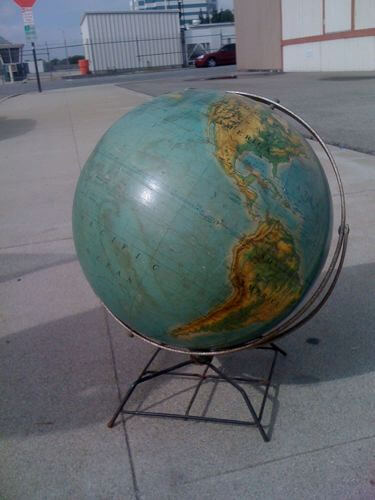 it looks like a computer rendering, but nope just a really, really detailed painting with really saturated colors.

$20 bones. It’s perfect for one of the show clients, but I need to get it cleared (aka, ask the artists permission, if we can find him/her).

I got a lot more stuff, but there has to be some secrets…from a stylist….right?

And I was met happily with a gift from a vendor – a toothpick holder that had ‘Emily’ inscribed in it. Thank you, Kate, so, so, so, sweet.  I’ve always thought that schwag should be part of the flea market.

We are still casting for the show, so if you are interested or know anyone in LA who wants a large room made over for free, email casting@triconfilms.com