I know that I’m kinda dressed like Santa’s helper meets a disco flight attendant in 1973. But this may be the last year that I can pull this off, although I’m sure I will still try. No one can really stop me.

David took a bunch of portrait options, and now Brian and I can’t decide which we like the most to use as our Christmas card.

Portrait A: This next one was our foray into the balloon trend, not sure if you have heard of it. It’s so big that the world is running out of helium. I’m personally blaming it on Ban-do and Max Wanger. I like this one, but it’s probably not it. We wanted to buy HO, but they were out of H’s so we bought XO, because we do love to give hugs and kisses.

Portrait B: This is the un-faced man, just in case we break up and I start dating another tall brown-haired man who loves plaid, I can still keep the photo. KIDDING.

Portrait C: The “he just told me that one about how many stylists it takes to change a lightbulb joke again” and I’m laughing. (Answer: “I don’t know … What do you think?”) This one reminds me of us a lot.

Portrait D: The requisite family portrait. Bearface and “Other Cat” really enjoyed the portrait process. “Other Cat” especially enjoyed being forced to stare at a stranger who was holding a black weapon toward her. Look at the look of sheer panic in her face. She later destroyed two cardboard boxes that day. 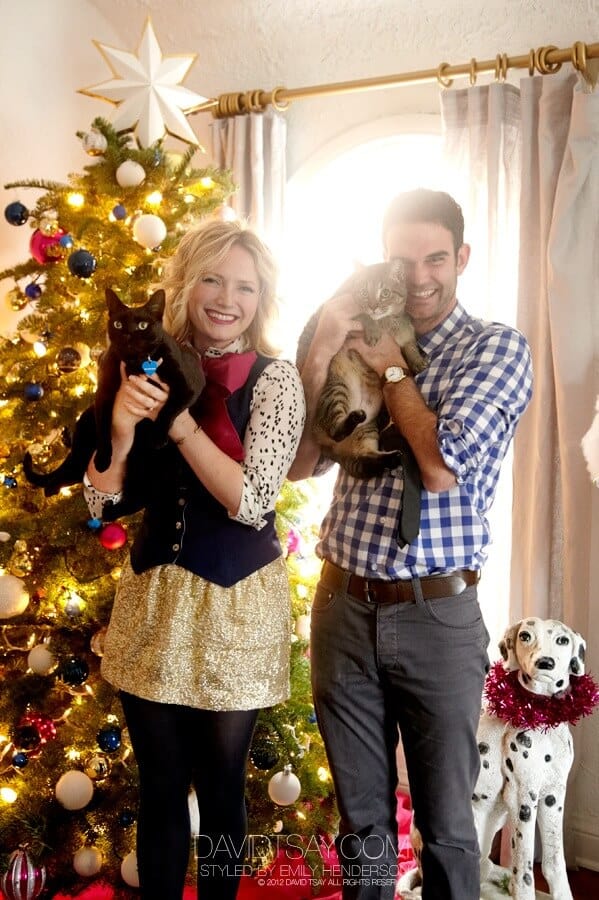 Wow. It’s impressive that you are still reading this, it is. That was a lot of the us, especially when I’m dressed like a practically pre-pubescent girl meets Dolly Parton. With a touch of the Honey Boo Boo?

So vote which one we should do: Portrait A through D, and I promise to never show you another portrait of me wearing a bow.

Well … except this one where the twee factor is out of control (and yet, it’s totally me): 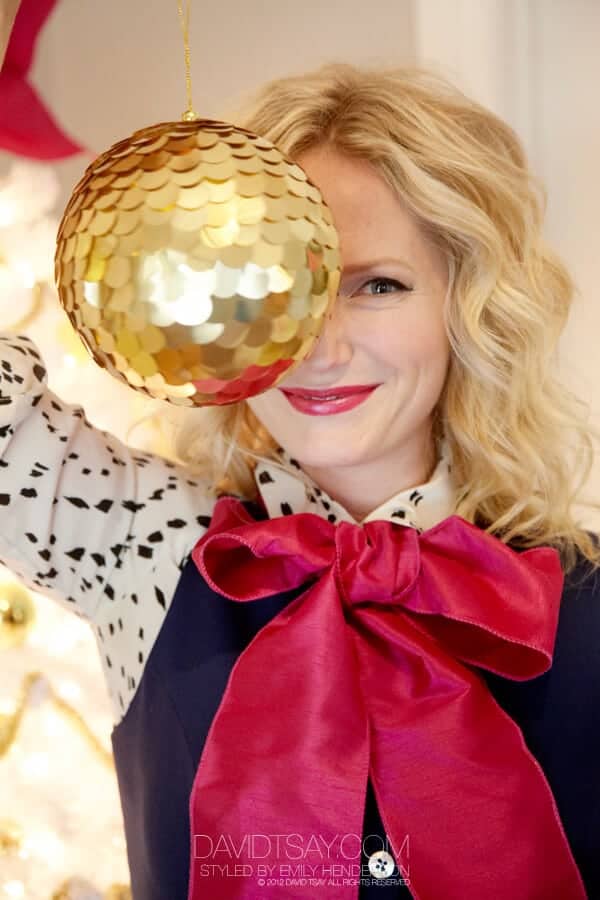 Because David Tsay did such a great job that I had to post it. Thanks to to the amazing Danielle Walch for making me go from “Sissy Spacek in Carrie” to that bow wearing flight attendant above. Transformation complete.

And sometimes we just have a ball … together … in our polyamorous relationship. 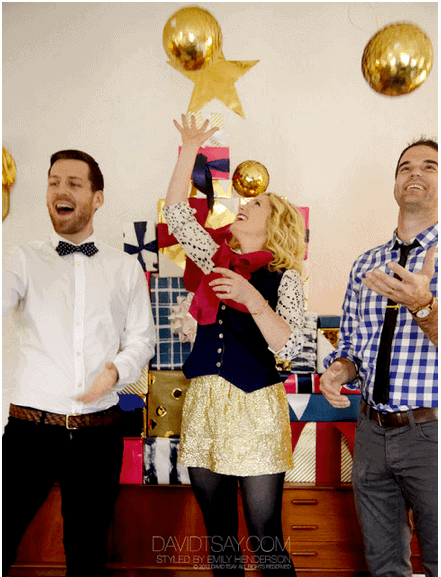