Alright so this was the first time that a client has not liked a look, not the last by the way.  And ‘not liked’ is strong, it just didn’t feel like them, and they were honest about it. Clearly everyone can figure out that if we were working together in normal terms there would not be surprises.  Most interior designers don’t meet a client once and six weeks later kick them out for a week, do a bunch of shit to their house and then ‘SURPRISE!!!’.   But there’s a trade, of course, and that’s that you don’t pay for anything. And whats doubly hard is that yes, i have to do two looks, and i do want them to want the room to change a bit or else WHY am i doing the second look?  Its a tricky position, one that i’ve gotten used to and am up for any ‘first’ look reaction.  Nobody has ever not loved their second look. That would bum me out, but first look ‘eh’, it’ll be ok.

The first look is only 1/2 the room, so sometimes (like with joy) I push it in one direction to make a clear point of view for the viewer, because ultimately, (brace yourself) the show is for the viewer and not the client.  My first priority is for people to watch the show and see two clear transformations, so if i did the room that amy wanted first, it would have not been enough of a transformation to the second look.  And frankly i’m still not sure what Amy would want.  Sorry, Ame, (robot voice) diagnostic failed.  BUT the week was still totally fun, and if these kids didn’t live in Woodland Hills we would probably be friends.  It was a total blast.

Here’s the inspiration pic (one of many that Amy sent to me):

I love this room a lot.  It’s warm, but modern and with a decent amount of contrast in color and shapes, without being crazy busy.  I hadn’t done aubergine yet, so i figured it was a good jumping off point.

So let me be clear, in a perfect world the client would say ‘ts so pretty, i can appreciate it but its not totally me, yet’.  That’s the goal and it certainly doesn’t always turn out that way and ITS TOTALLY FINE!!!  The whole week was pretty hilarious, but definitely a new challenge.

First look: (photos by my iphone) 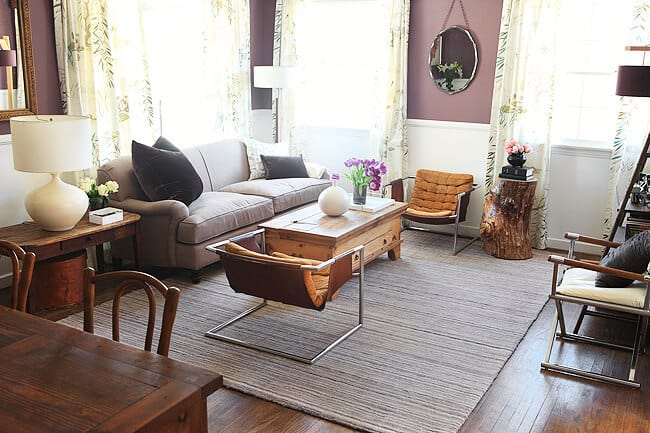 Laure Joliet took such pretty pictures I can’t wait to share them with you.  And yes, i brought my friend Milo Baughman to this room too, in FOUR pieces.  Those white captain chairs below (which you’ll be both happy and sad to hear they are in white ultra-suede…c’mon its a dining table! they had to be food friendly! but i have to say that white ultrasuede just looks like white fabric, thank god).  I got them in Palm Springs, both for $500 (already reupholstered). 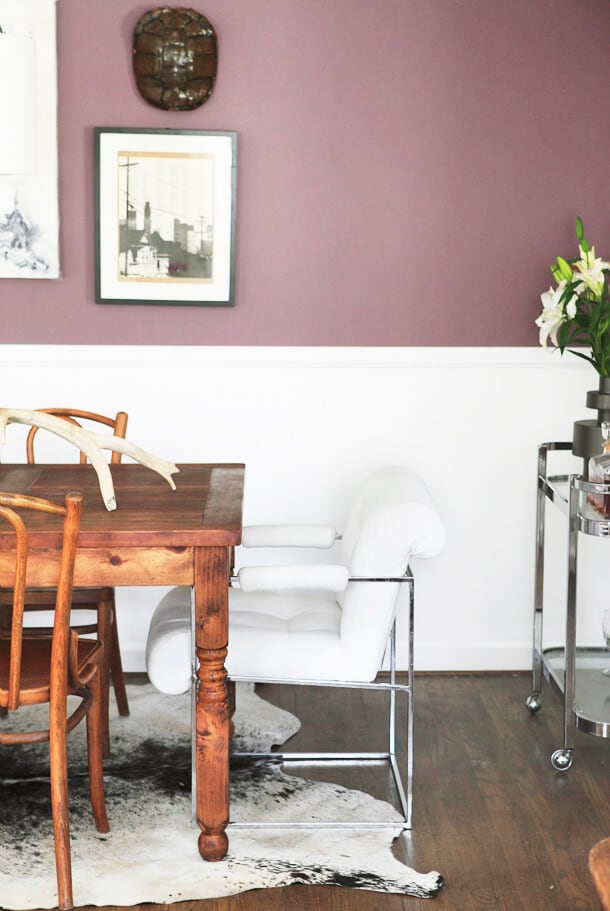 The barcart is from Palm Springs, $150 at a vintage store and its in PERFECT condition. Almost too good of condition, looked too new.  But she be old, people, trust.

And over here, too.  Now i’m not totally sure these guys are milo, Morgan do you know? 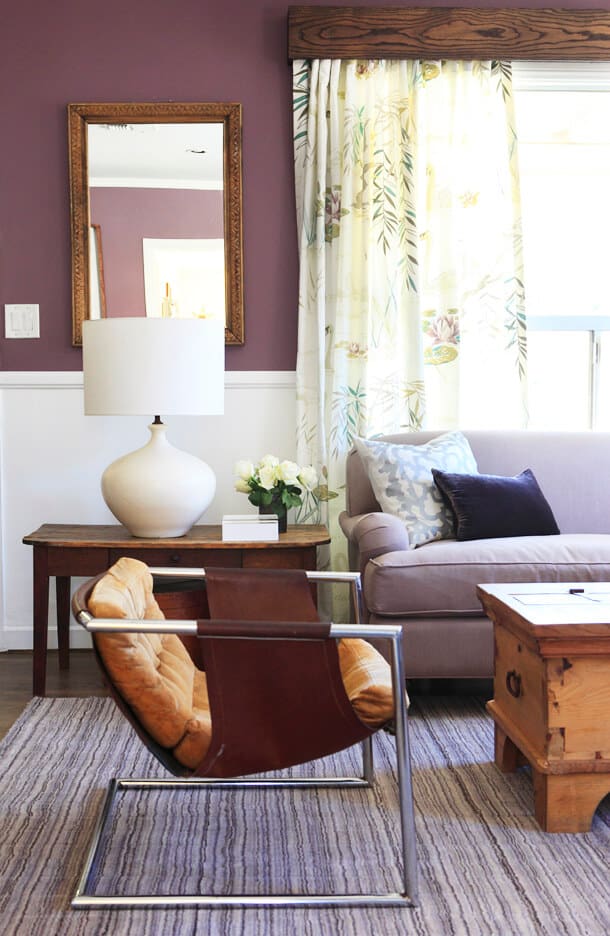 The pair was $500 at the rose bowl and MAN, they are amazing.  Perfectly worn but beautifully conditioned suede (real this time) and leather.  And so comfortable.  These i wanted for myself, i’m not gonna lie.  But they also worked great with a ‘minimalism mantique’, OMG i can’t wait to bring that up tomorrow.  We couldn’t stop laughing, i mean, who says ‘mantique’?