What’s more rustic than a stump? indeed.  This guy came from Tini (This Is Not Ikea) on Fairfax in LA.  i think he was $199 which is the same price as the west elm one

And that drapery? don’t get me started.  When i first saw the house i knew i wanted to do a chair rail, and i originally thought wallpaper on the top half.  But the quote for it was like $2000 then with labor $1000 i realized i couldn’t swing it.  So instead i got the fabric version of it.  It’s Osborne and Little, Nina Campbell, Silvana collection, and called ‘Swan Lake’.  Here’s the link

I really love it. 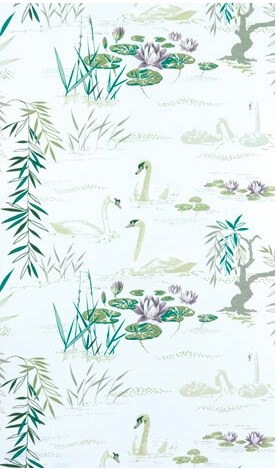 I love that is traditional and romantic, but the color palette makes it modern and current.  (it’s not burgandy and brown…although i know that burgandy is coming back with a vengeance right now)

All in all they cost $1300 (with our discount) plus getting them sewn.  A pretty penny. 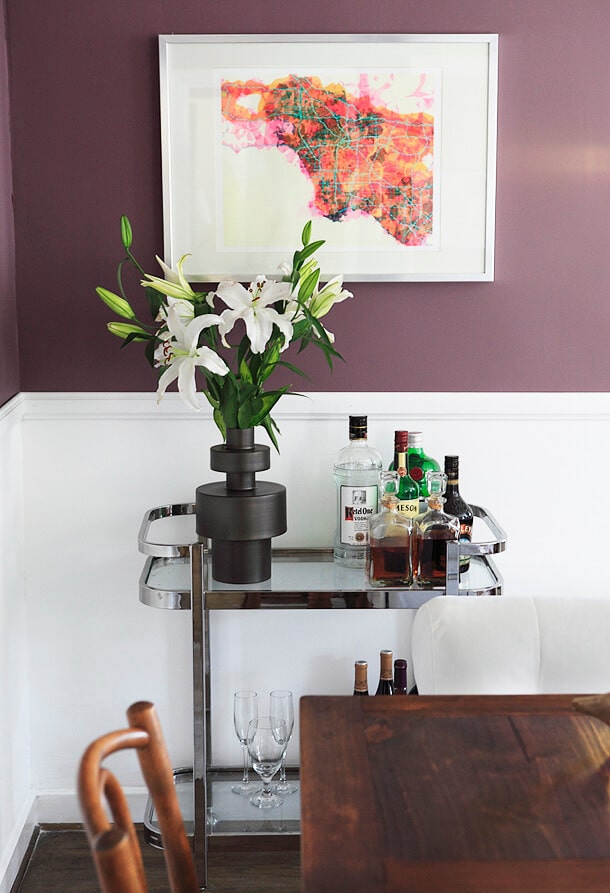 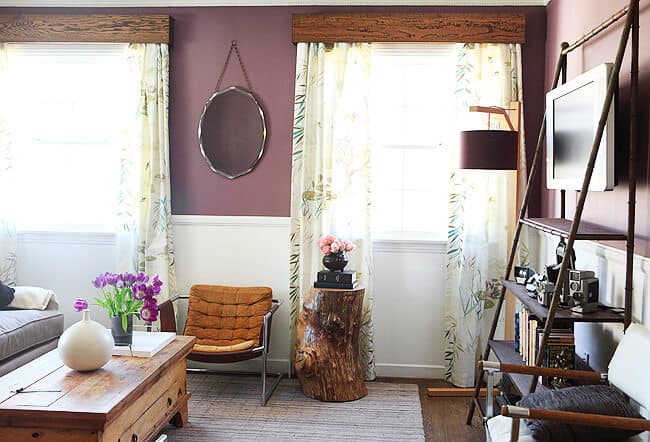 That tv shelving thing was from the flea market, $80 and is faux bamboo metal.  I’m a big shelving unit fan in general, but they can be expensive and very store display.  But this one is cool, and i know what i did was weird, but i’m into it.  And that lamp in the corner is CB2, and the sofa is from the Sofa Company which is kinda a secret source of mine.  Why? well, let me tell you.  I only need to give them a 3 week lead time to get anything custom done.  They have a ton of ugly stuff, but some of the shapes are good and just need nice fabric.  They are normally around $1000 and i can pay an extra $75 to get them stain resistant treated.  I love the color of this one, its that mauvey gray that i’ve been obsessed with for a while. 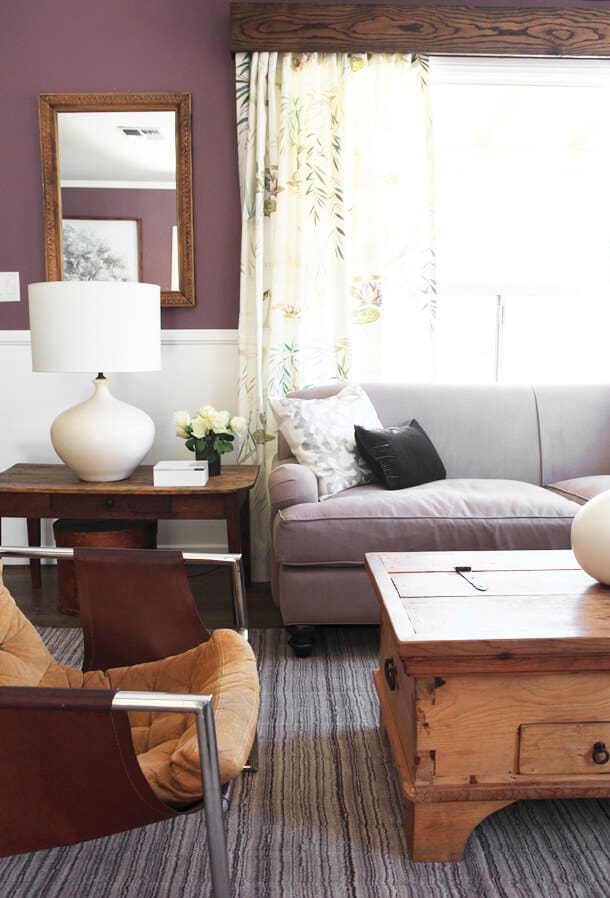