70’s Palm Springs meets Easy Rider Chic.  Here’s a secret,  i’ve never actually seen ‘Easy Rider’, which is not my fault, i was raised sheltered and our vcr actually wouldn’t play rated R movies.  Impossible!!, they said.  Weird, i know.  But we were told not to even bother because it wouldn’t work.  It’s weird that it worked when my sister, 16 at the time, invited two friends over to watch Dirty Dancing when my parents were out of town and locked me in my room to ‘color’ for 2 hours – which strangely i hated to color.  Pretty sure they must have brought over their own heathen vcr player to watch that heathen movie.  But there was nothing i wanted more in the world than to watch Patrick Swayze’s hips move back and forth, don’t you try and stop me now, no suh.  Anyway, Easy Ryder chic worked because its kinda bad ass, rock and roll, rebellious, party animal, etc, etc and these two definitely have that edge to them.  (at least that’s what wikepedia told me that easy rider is.)

Anyhoo, most of you know that i’m a 70’s girl, and since i live in California i’ve been pretty obsessed with the california 70’s style that really didn’t exist anywhere else.  You know, the brass, hippie prints, loungey furniture that borders on ugly….My favorite hotel in the world is The Parker Palm Springs.  Its simply perfect, design and style wise.  I had been waiting to do a style like this, and Lisa is a total free-love hippie so it seemed like a good opportunity to do it.

That was their mood board.

Global influences, retro colors, but with a masculine edge.  John and Lisa Gunn are rad, they are super fun – all their friends call them the ‘fun gunn’s’ actually, and i can see why.  John is a writer/director who’s movies include ‘My date with Drew’ and ‘Like Dandelion Dust’.  Lisa is an artist and an awesome makeup artist, and they’ve been together forever, and just have such a fun energy.   We had a total blast this week, i did make some mistakes which i’ll tell you about later (that first look huge shelving thing was hideous, i saw it at a vintage store but there was a bunch of stuff in front of it so i didn’t really get a good look at it, and it turned out to be bad 70’s office, instead of retro 70’s….but i replaced it, which was the plan anyway). 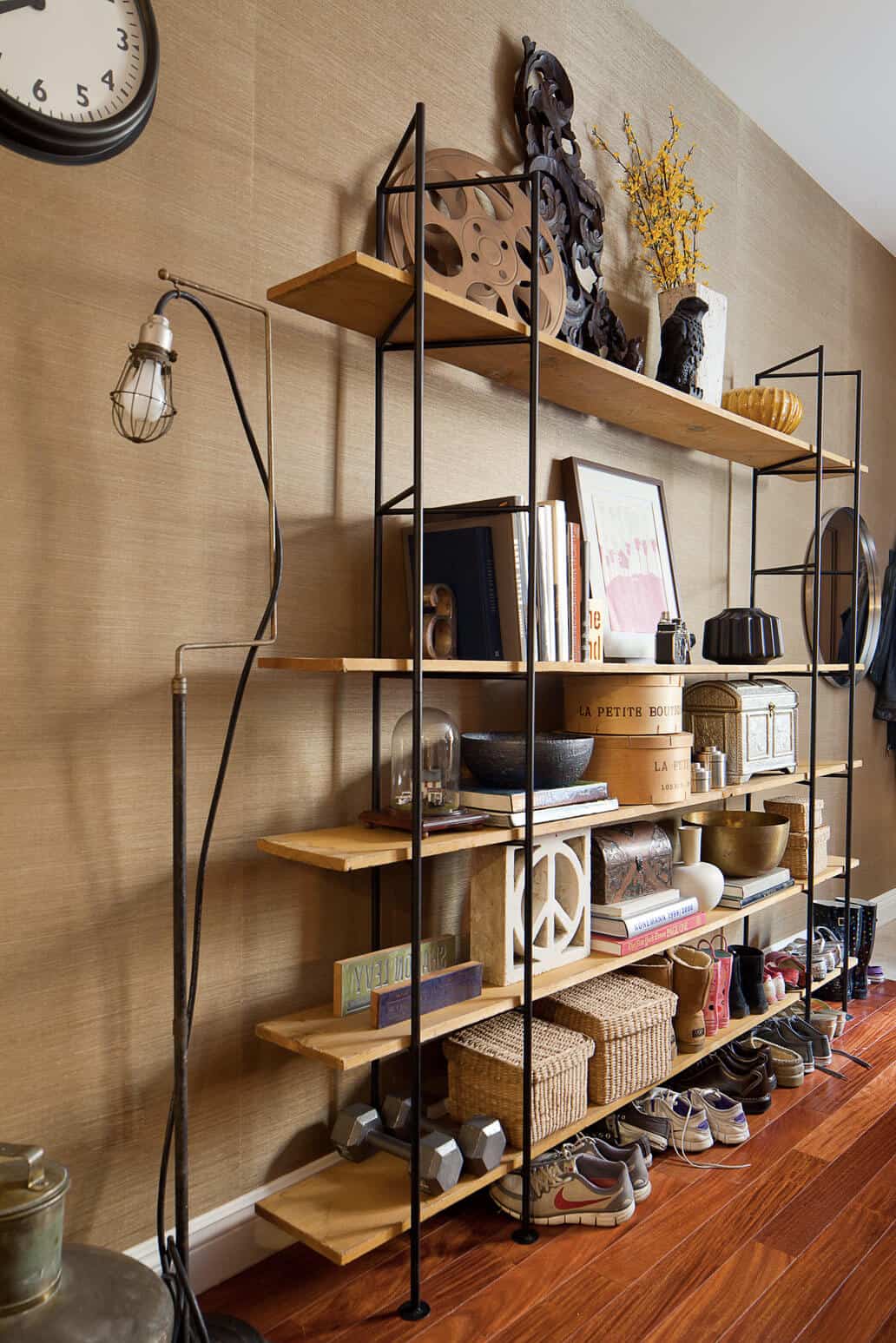 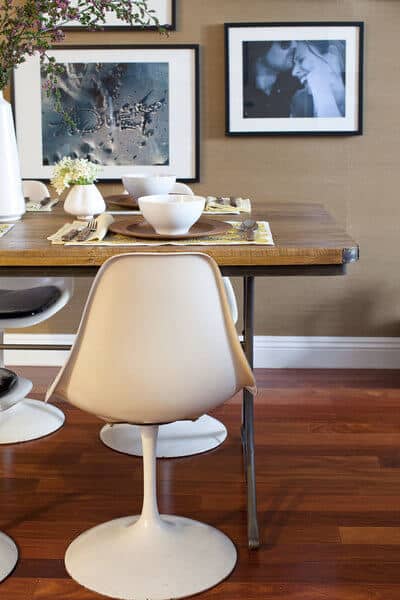 P.S. I have the best wallpaperer in southern california.  i was hesitant to give it out but she promised that if i did she would always make me a priority, so here’s my gift to you, Ricky the amazing wallpaperer, radl@ymail.com.  Tell her i sentcha.  And you’re welcome. 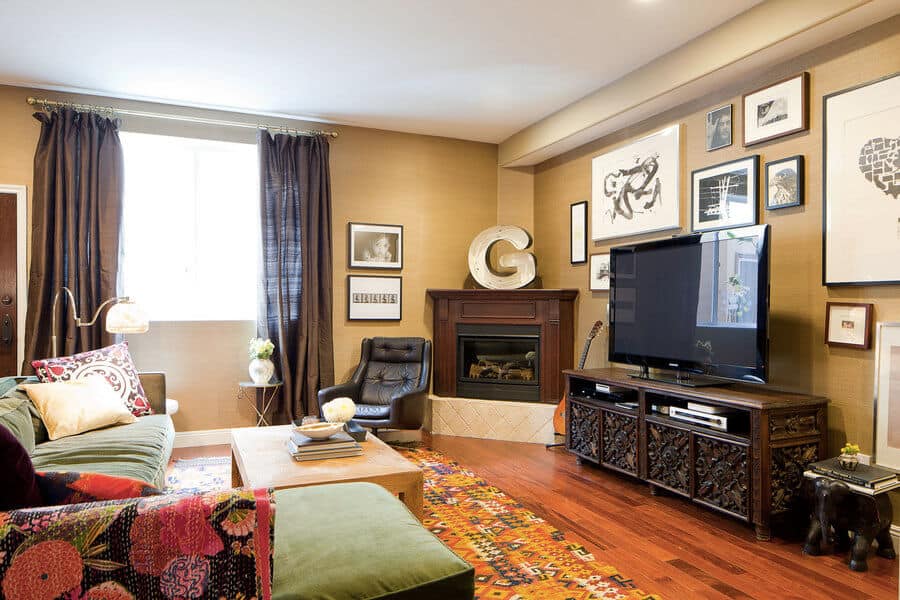 I’ll get to all the resources tomorrow, must run and shop with Mr. Orlando.  I guess H.D. Buttercup is having a huge sale today, and girlfriend, i don’t miss a good sale….especially when its not my money….