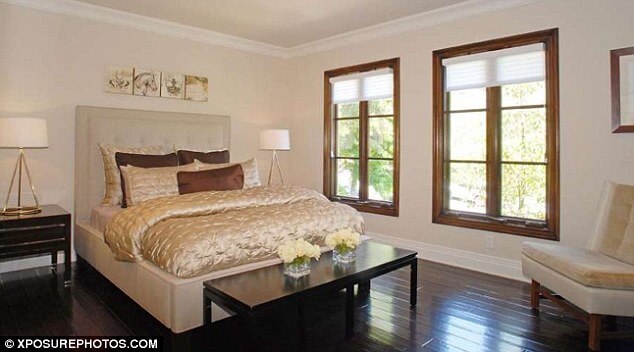 Episode 3:  Making over the Kardashian headquarters in 3 days.

I’m pretty sure that no one has more opposite style from me than the Kardashians.  It’s contemporary, slick, sexy, minimal and luxurious.  100% not my jam.

It’s not bad (this is Kim’s home), and i think a lot of people would like it, but there is not enough life, color and personality for me. I think the designer gave them exactly what they want but to me, it looks like a very expensive staged home.

So this challenge, while the designers did a totally great job, the client couldn’t be happier, and it was exciting to watch them do it, it was a bit hard for me to get crazy excited about the design itself.

into this conference room:

It’s good.  Obviously a total overhaul, and everything is tasteful and Kardashion-y.  I don’t want it, but the client loved it, so thats what matters.

Britany did that mirrored accent wall, and while that’s not normally my thing, it looks good and was a smart move. They didn’t really explain what it was – if it was custom made or something that she purchased multiples of, but it added a lot of life into this pretty dank space.  Mirrored walls can go ’80’s high rise’ really fast, but you can’t deny the functional quality of them.

Not too much to criticize here.  The chandelier is good, i like those gray shades and the accent wall is totally appropriate.  There is enough bling to say ‘Kardashian’ but its not tacky.

Plus these two are KEEEEUUUUTE.  I would watch either of them, i think.  Their hosting was scripted, but nothing that i thought was unfixable.  It takes some practice to know the right balance of being yourself but being ‘big’ enough for camera. I’m still working on it.  The rule that i like is to be yourself plus 25% – you can’t change your personality or you’ll be fake and hosty, but just be 1/4 bigger.  I think these two could do it.

OK, into the kitchen.

3 days to turn that piece of crap into this:

Sure it seems like a staged house or office, and there is actually nothing in here that i would own, but it seems totally great for the request of the client.  Again, its Kardashion-y without being tacky.

Danielle and Hilary did it, and i really like both of them.

Contemporary and kinda boring, but its such a massive improvement.

The judges were freaking out about how the wallpaper mess up was covered up by paint and then curtains and i kept thinking how in the real world that would have been easily fixed and they knew it was a mistake so who cares.

i like both of them. Hilary is inching towards the top for me – i like seeing her host, her personality totally pops.

Then we have these two:

They took this space:

And turned it into this space:

The wallpaper is good. Those countertops aren’t my jam.  That mirror breaking up the wallpaper pattern is good….overall its totally fine and such an improvement.

I don’t know, i’m not personally into bedazzling my shaker cabinetry, but i think it works for the Kardashians.

I can’t wait til these contestants can go to an antique store or a thrift store…i need some style and unpredictable moments into these spaces sooooooo bad.  But again, there are no major flags (except the buckets of oranges…..?)

Khris and Melba did a good job, they did. But i’m not watching Khris’s show unless he has a personality make over – he’s too ‘know-it-all-y’ for me right now.

Fine, whatever, i’m bored. Thank god for the wallpaper on the other side.

Ugh, but there was this….

I’m predicting one of them is leaving us next week.  But i’ve been very wrong a couple times already, so what the hell do i know.

OK. Stanley and Rachel turned this:

FINALLY WE HAVE SOME COLOR.  I’m not exactly the biggest fan of that color, but this room is the most exciting for sure.  I love having wallpaper on more than one wall, and i like that wallpaper…i do – it read very well on camera….plus they had the advantage of having those interesting-ish windows.  Oh, Liberace called and wants his drapery back.

Stanely designed and made this desk. And its good. I’m still not on the Stanley train, he’s still coming off boring,   but thats a good desk for this space. He won for it.

I ike the chandy hanging off to the side. That coffee table is too small, but they probably knew that.

Then Stanley made this wall sculpture that was inspired by rhinestones.  I think its weird, but i totally get why he did it.  It doesn’t offend me, but i would never do it in my house.

Overall its the best space.  I think.  I’m so glad we had some color.  For a second i thought my tv was stuck in black and white.

Rachel is cute, Stanley is growing on me.

Next up, Bex and Luca with this showroom:

Obviously this is an improvement, but there isn’t really anything too exciting to talk about.

That island is too small, as Vern pointed out.  And while i like the idea of those built in shelves, i wish they were more the same size and proportion and not scattered all over the walls.  That little ledge is weird.  I wish there had been like 10 of them in a grid. But its super easy for me to say….i know.

And then the best quote of Design Star season 7:

Or this, Red Tide:

Is just an abstract painting. Without the red, it actually would be fine.  It’s not that i don’t like the painting its that i don’t like people that say ‘i’m a phenomonal artist’.   I didn’t understand how the judges thought that it was inappropriate for the space, though.  Why not?

I thought Bex got a teeny bit screwed, but at the same time I don’t think that she was going to win, so it was just a matter of time.

And then we say goodbye two both of them.  It was kinda the worst space and i wasn’t suprised, but Bex would have probably lasted a couple more weeks if she hadn’t been paired up with this guy: