Let’s do this.  Sorry i didn’t get on it last week.

Here’s a ‘what has Emily Henderson been up to’ update:  I finished shooting the second season a couple weeks ago and we went straight into shooting a 10 day Christmas special in Palos Verdes (1 1/2 hours away from LA).  It has been a total, total blast, and i can’t wait to show pics, but its keeping me crazy busy.  Like 13 hour days busy.  I’m a crafting, diy-ing freak right now.

OH and by the way, for those of you who might have an etsy store (or a major store) you should email lana – at – stylebyemilyhenderson.com because she is helping me put together a holiday gift guide (where i’ll be sharing all my favorite gifts, vendors as well as diy-ing a ton of ornaments and decoration) and we are accepting advertisers and products for it.

But due to this episode i am way behind on everything else.  So if you have emailed me through the blog lately, just know that i’m too scared to check that email account but i will next week, and i’ll answer all your questions.   I’m like a little kid with my fingers in my ears, ‘lalalalala’ hoping nobody notices that i haven’t emailed anybody back in like 2 weeks.

As for last week (the bed and breakfast episode) Design Star episode, I agreed with who went home, and liked Karl’s, Mark’s and Meg’s room the best, although Tyler and Leslie’s was pretty.  I liked Brett and was sad to see him go, but he wasn’t performing.  Sorry no review…..

Now to this week:

Leslie and Tyler’s kitchen (the winner in my opinion):

Thank you for the zebra rug, the table all the West Elm goodness (the chandy’s).  I would have died to have been lucky enough to go to West Elm during this challenge.  Died.  Anyway, of course that bench is out of scale but you want to know what else it is? RAD.  Exciting.  Unexpected.  NOT BORING.  And the batik walls were a fantastic idea that didn’t pan out, but in the real world Tyler would have worked it out where it was probably awesome.  So in my opinion Tyler should not have gone home.  BUT there is always a lot that we don’t see as the viewers.  Like i said before the elimination takes a couple hours and the judges get a good sense of who the designers are, so i’m guess that they suspected something about Tyler that we didn’t get to see.  Maybe he was too reserved or quiet or something to host a show. 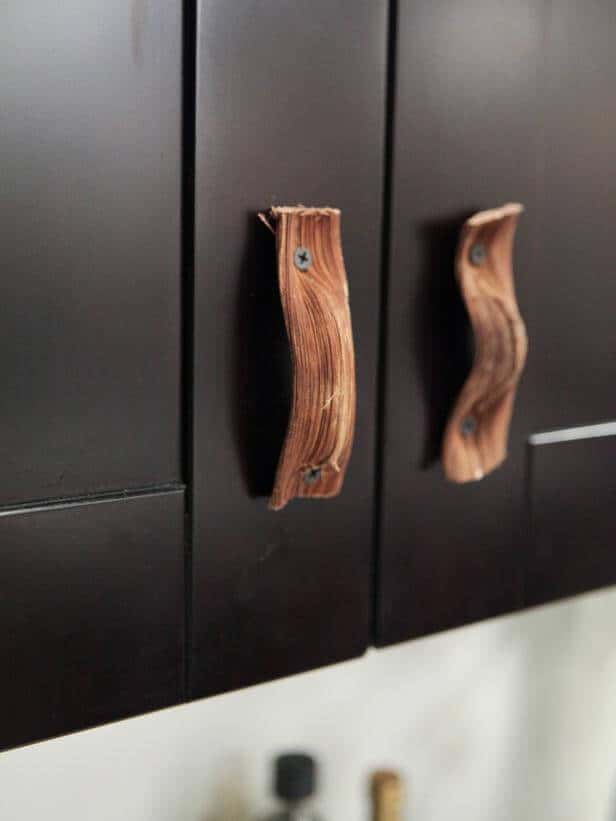 also look at the leather pulls that Tyler put on the cabinets.   I like. 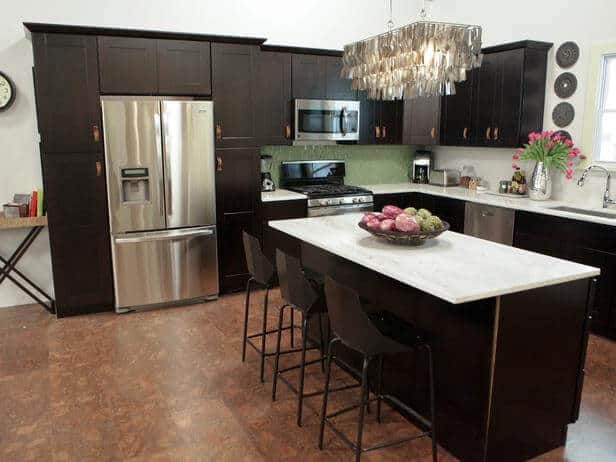 So not the losing kitchen. 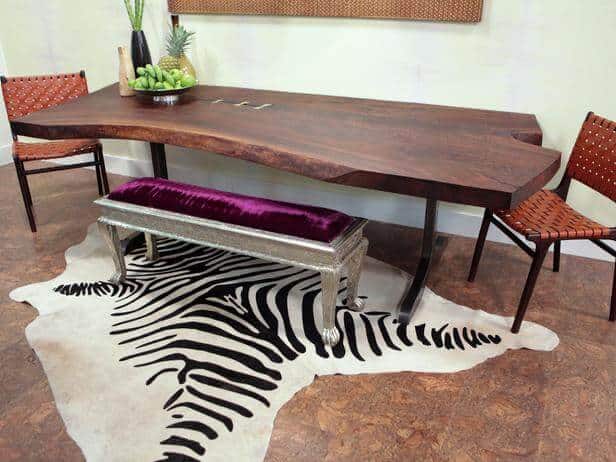 But for the record, i like you Tyler.  And i’m sad you are gone.  I would have much preferred it if Cathy had been eliminated.  Let me be clear – i’m sure she would be a great host on a show, just not a show i would ever watch.  Its a different kind of host, that’s all.

Speaking of Cathy, here is her and Karl’s kitchen: 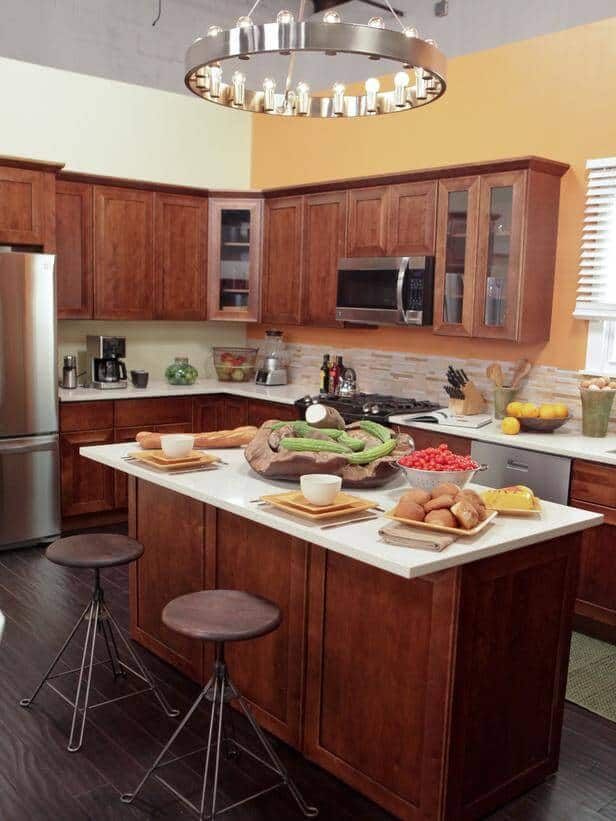 The losing kitchen in my opinion.  I like the stools and the chandelier, but thats about it. Their style was ‘contemporary’ which certainly IS NOT mine so it makes sense that i wouldn’t love it too much.  Cathy went nuts with styling but thats not the most offensive thing here. 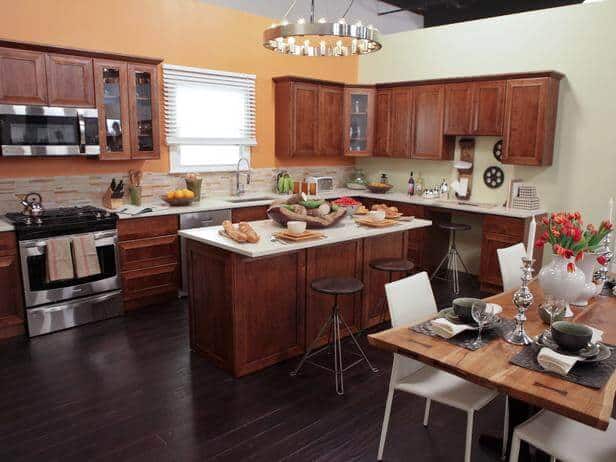 I  still like karl, but man i’m getting sick of that dining table really fast.  I love it, but i wish that all of the kitchens hadn’t used it.  Anyway, Cathy is a tough one for me, but i’m still liking Karl.  I feel like style-wise we are very different but he could maybe do something interesting things that i wouldn’t normally do. 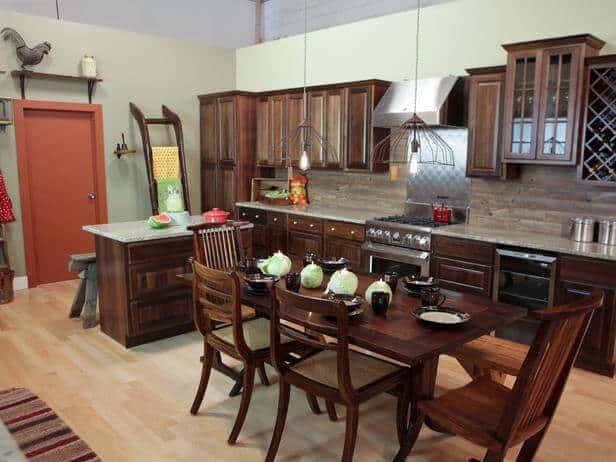 It looks warmish and inviting.  I’m not freaking out, but i do see some nice moments here. 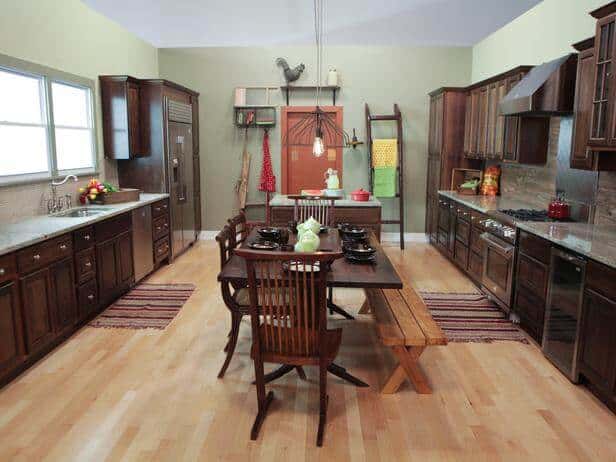 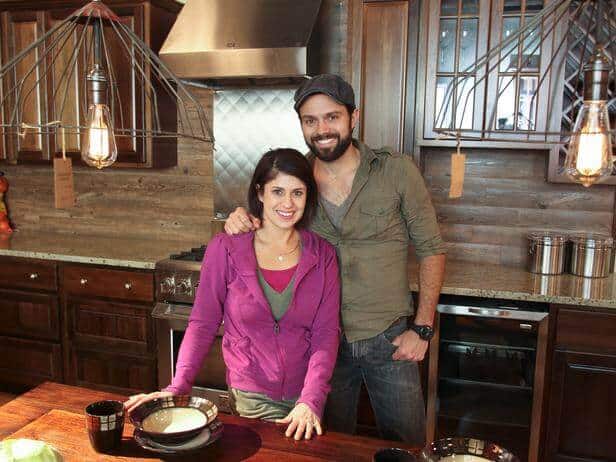 But i like both of them a lot.  she is adorable and he seems like he has good taste. 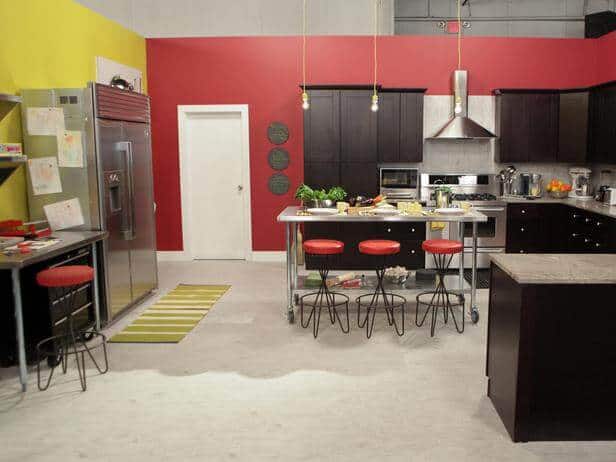 Its cute and fun.  Slightly cuckoo, but i would party in it.  I like Kevin’s stool choice. 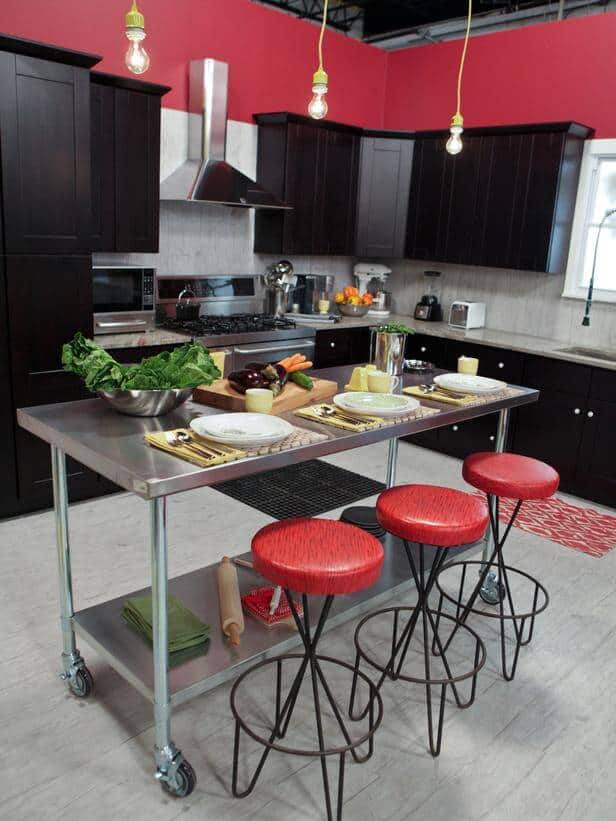 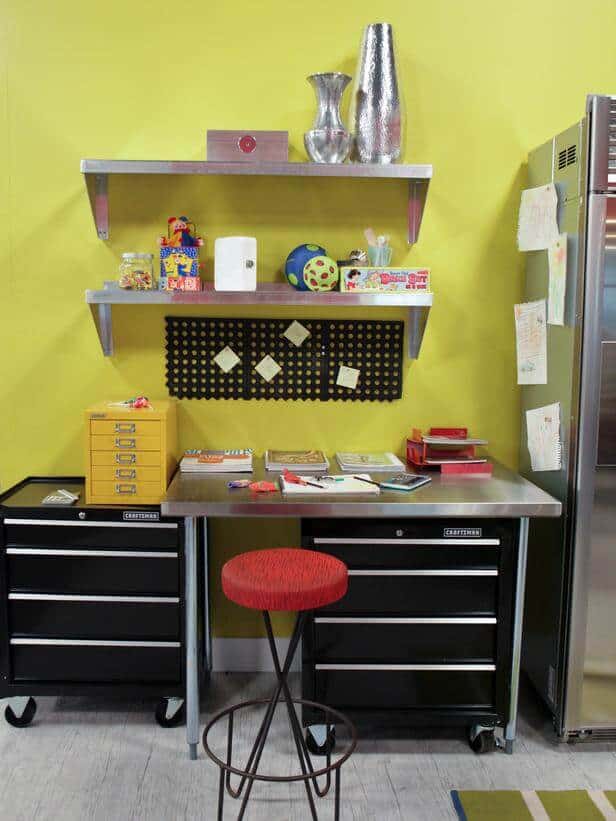 Not a deal breaker, but not awesome either.  Kevin is starting to bug me, not gonna lie.  I feel like in person he would be one of those that is either the most fun person in the world and such a ham, OR someone you can’t stand to be around.  I feel like he turns it on for the camera, but if he didn’t i would like him so much more.

So that’s it.  Tyler should still be there, that’s all i’m saying.

Who do you think should have gone home?