Alright. First homeowner challenge.  Overall the transformed spaces were better, but i wasn’t freaking out about them. At all.  I’m sure they weren’t either.

This one is my favorite and it was Meg’s an Tylers.

Pretty and tasteful.  The wall that Tyler built out of wood is awesome. 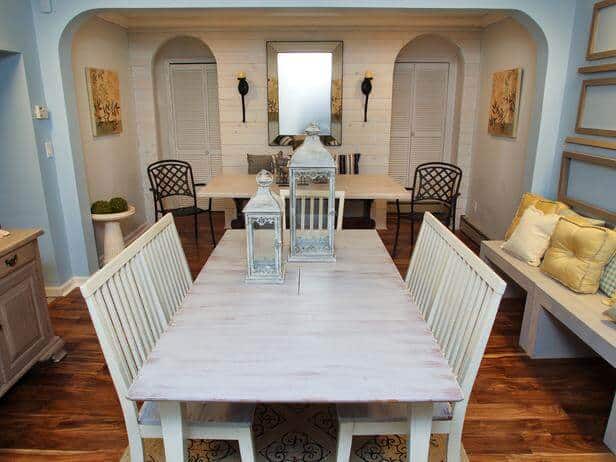 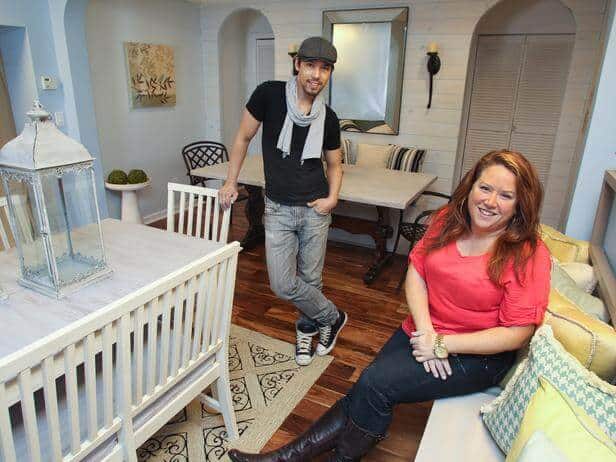 The color palette is pretty, whitewashed woods, blues, etc.  Not reinventing the wheel, but definitely an inviting space.  Looks like no one lives here, though.  and flowers much?

Karl, Brett and Kathy’s space before: 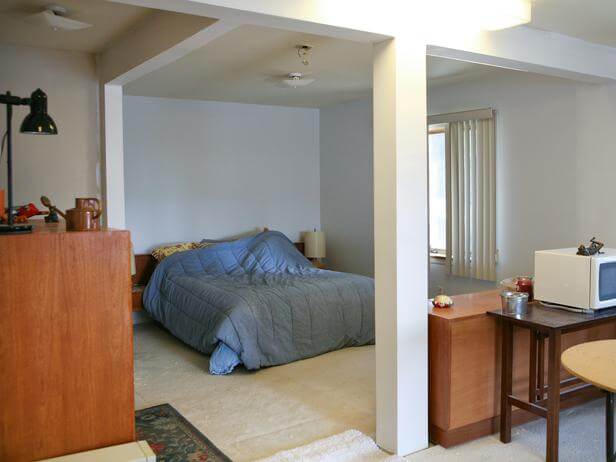 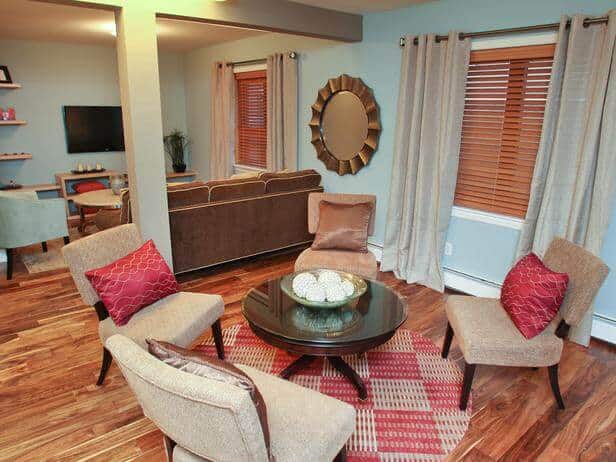 Not a fan.  I’ll just stop there.    Its also such a terrible photograph that its not doing them any favors,  i’m sure it looked better in person. 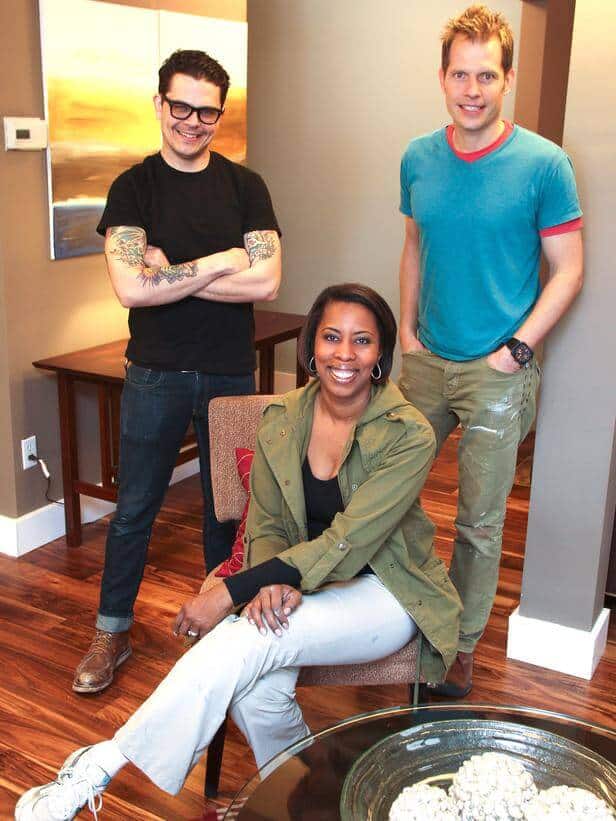 Karl and Brett are working well together, Kathy, not so much.  Kathy gives me serious DS season 5 flashbacks. All future design star contestants, here’s a secret, HGTV wants people that are easy to work with. 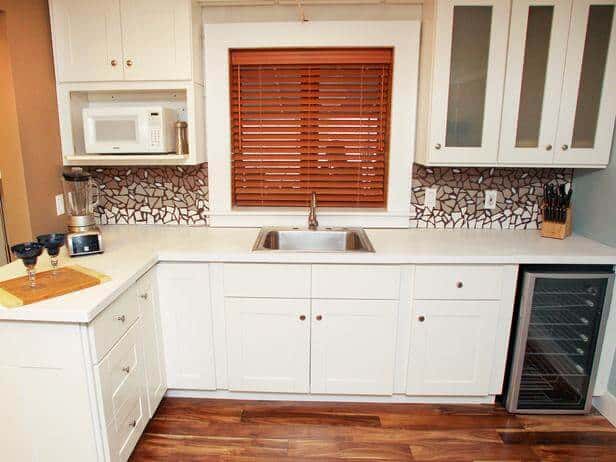 The kitchen is way better than it was.  I wish that Karl’s mosaic backsplash was something that he hadn’t done before or i wish the colors weren’t so ‘contemporary’ and earthy.  If it had been navy and white and light blue? sure. But i still like him and i was proud of brett for saying, ‘Karl and I are going shopping and you are staying here, end of story’, to Kathy who wanted to do all the shopping and none of the labor.  Although the chairs that Brett picked out were chairs that i wouldn’t even give my worst enemy.  If i gave my enemy’s chairs.

I feel like i’m being really negative, i do. But i truly wasn’t feeling much of these spaces.  We didn’t get a chance to really see the spaces, so i’m SURE they are better in person, but these pics are bumming me out.

Here is Leslie, Kellies and Kevins: 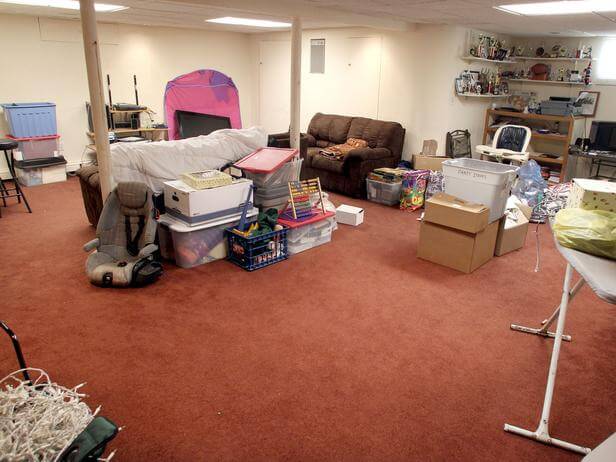 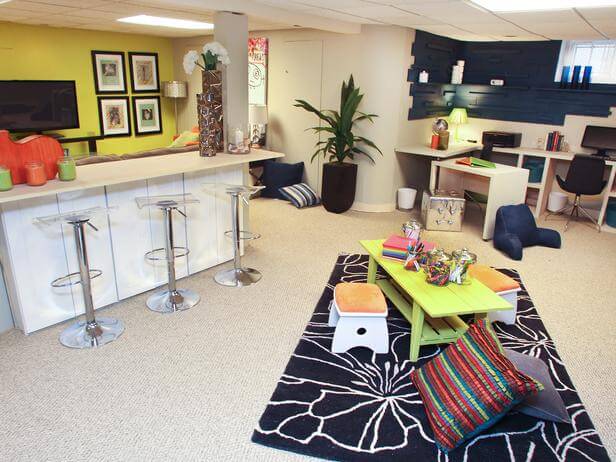 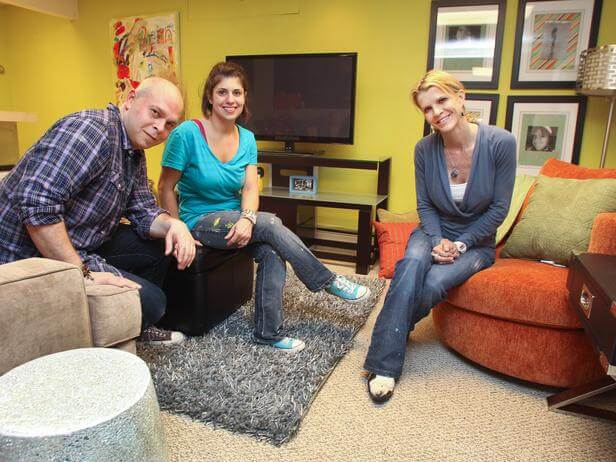 I don’t really know what to say. I actually think there were some decent elements in this room, but this is really the only picture of the entire space and it focuses on this rug ON AN ANGLE.  A DIAGONAL RUG!!!! I’m outraged.  It’s too small, its not pretty, and its just, ugh.  And then the table in on an even worse angle.  I like Kellie and i like Leslie, but i need to see better pics of this room.  I think i like this room better on the tv, but in a still photo i have less to say. 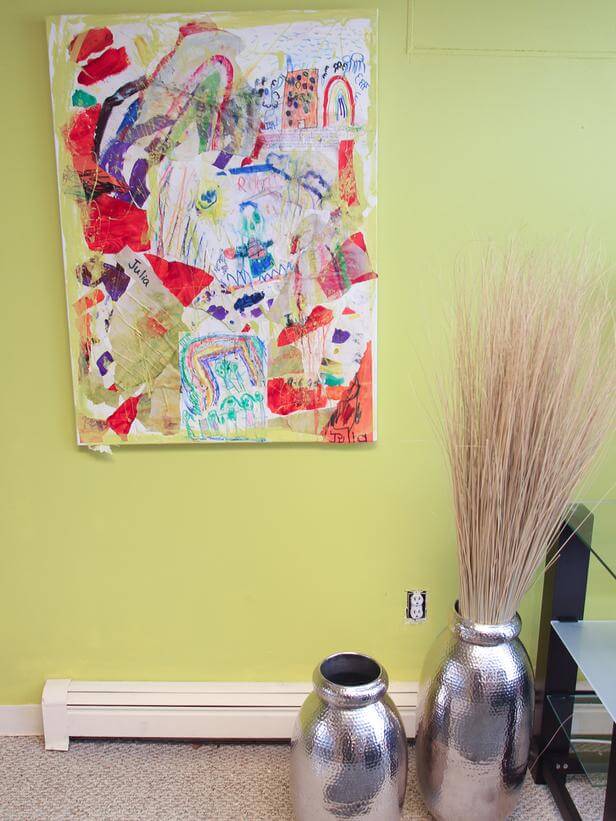 I really like the collage though, such an adorable idea for your kids art.  what are those sticks….. 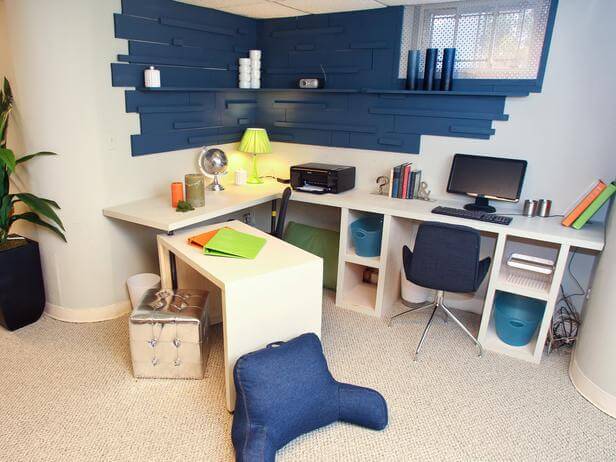 I like the idea of the wood wall thing that kevin built, but then i just keep asking, ‘why? whats the point?  I guess it has a functioning shelf……and that husband thing on the ground is rando.

I guess what i do like about this room is the bright sunny color palette. The navy with the neon yellow (it looks like) and white is pretty fun and playful, especially for a family room.

Mark and Doug’s room, before: 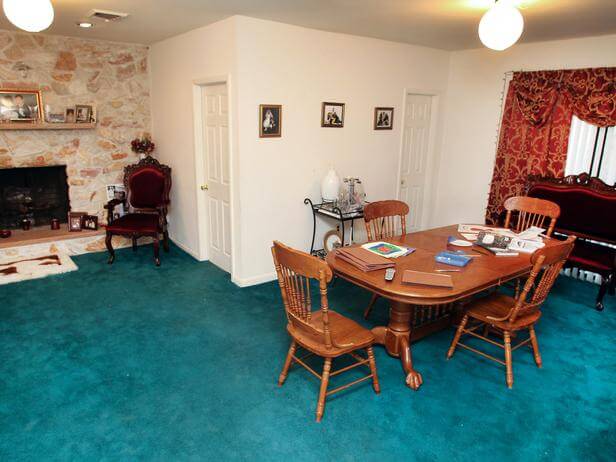 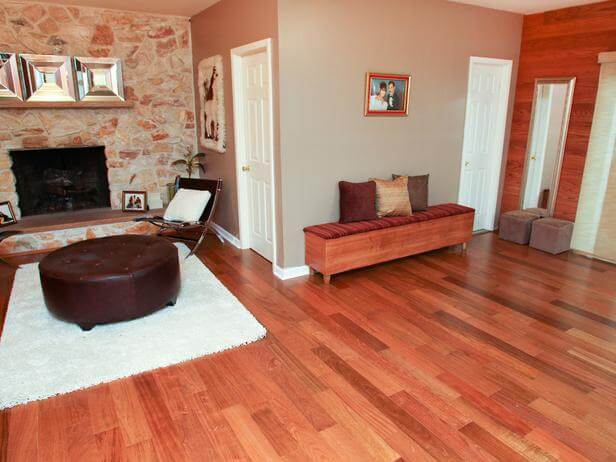 Mark’s wood wall is cool, although at this point we might need to put the kaybosh on horizontal wood walls.  The rest of the room was tragic. 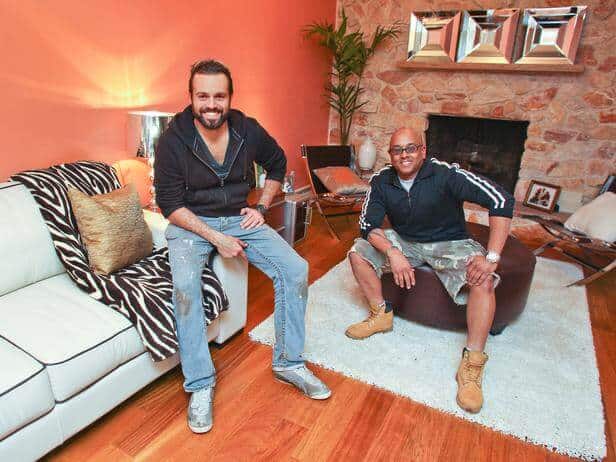 I truly believe that any color (almost) can be styled and combined with other colors and amazing furniture to look cool, but this salmon failed with the brown and cream and all the contemporary furniture.   Gross. 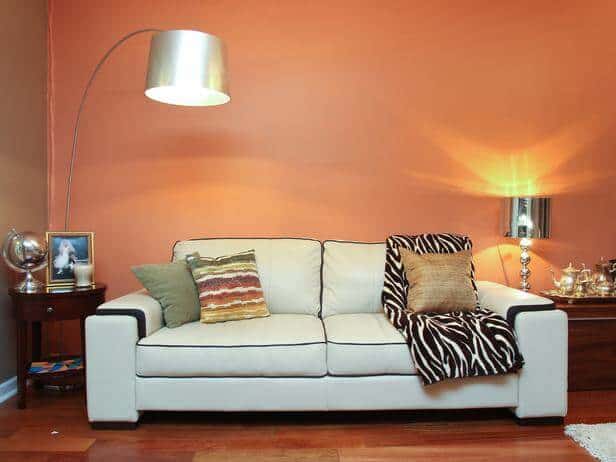 Oh, and here’s my general philosophy on working in teams.  You can only convince someone for so long that what they are doing sucks, before your day starts to get totally ruined.  My theory was to mention it a couple times and then shut up and let them go home for their mistakes.  As long as you voice the complaint and its on the record then by god, the judges should see the bad taste and that designer should go home.  You don’t choose these teams, its not real life where OF COURSE you have to work well with your team, but you obviously hire people that a. are similar to you aesthetically, and b. you really like socially.  This comment that you should ‘stand up to someone’ to me is wrong.  If you constantly fixed your team mastes mistakes then how would anyone know that they are constantly making mistakes.

And besides being assertive is way different then being aggressive and you really don’t need to cross that line when it comes to paint color.

I have higher hopes for next week, but as of right now Meg and Tyler’s space is 12, 000 miles ahead of the other rooms.  Again, i understand the restraints and so i’m not blaming and i’m sure they weren’t totally happy with their spaces either, but i’m just hoping for better rooms next week.

What do you think?