No you did not, 2010.  You crazy year, you. You are officially my favorite year ever. Sure, 2000 was rad, it was the last year of college, living with my 5 best friends, falling in love with my now husband:

(yep, we are one of those ‘been together forever’ couples, although we did take a year break at 24, btdubs. and i know, he’s like kinda really hot).  And then, 2007 you were effing awesome too, living in Brooklyn, working on exciting photo shoots, traveling, feeling young but grown up at the same time.  Oh and 2008?  I’ve been meaning to tell you something: you sucked.  Leaving friends, great clients and New York was a recipe for bittter and always slightly annoyed tear soup.  ick.  glad you are over.

So some of you know that i fear cheesiness more than The Real Housewives fear the natural aging process. But, Emily, you ask,  isn’t The Notebook your favorite movie and haven’t you read the Twilight Series and isn’t Veronica Mars and Felicity still dueling it out for your favorite TV series ever?  Why yes, these things are true, but in general there is often a lack of authenticity or originality when normal people blog/tweet or facebook about how happy or grateful they are.  I hope you know what i mean. BUT that being said, i’m about to go ahead and annoy myself with some fondue, cause when it comes to this last year I get all Glen beck with happiness all over the place (the crying, not the ‘politics’). 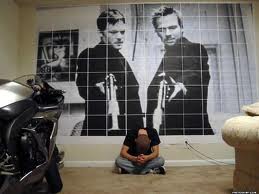 So if you easily gag at people recapping the positives of their year, stop reading now.  and i’m sorry.

So what was different about 2010, eh?  Well, for starters i woke up January 1st, and was all, ‘ok, life, fine, you asked for it, Emily Henderson is about to care less about what people think and take a few risks’.  Cause, you want to know the real truth?  I was sick of people that are less smart and less talented being more successful because they have less fear. You heard me, and you know what i’m talking about.  Big words from a little blonde, i know.  I hope that doesn’t come across boastful, cause i’m not saying i’m the smartest or most talented, but I kept seeing the same thing over and over, and was a little tired of wondering why it wasn’t happening to me.

So i started a blog.  Read the first post here.  And i liked doing it a lot.  And then i auditioned for a Reality competition: Design star, bitches.  Got through 3 months of interviews, landed on the show and, well, you know the rest.  I remember the night before the first day of shooting, thinking, ‘huh..so this will be interesting’.  And let me tell you fellas and the ladies, it was effing interesting.  The most exciting thing i’ve ever done.

And it ended well as you probably know.

Three years ago i would have never auditioned for a reality show competition, no way, i would have been too embarrassed and frankly i probably would have thought i was too hip to be on one.  So instead i watched them all and mocked their generous use of duct tape and hemming glue.  But truth is, as we all know, i’m not too cool to be on a reality show, clearly, and hemming glue and I now have a pretty intense relationship.

So here’s what they don’t teach you in high school or college or in your twenties: its not the smartest people that succeed, its the ones that have the least fear and take risks.

Or maybe i just wasn’t ready to hear it, then.

Woah, intense much, Emily?  expound unsolicited wisdom much, Emily?  Geez.  Lo Siento.   But i seriously wish someone had told me five years ago that taking risks is the key to faster career happiness.  Sure, of course thats not it and then boom you are done, you have to follow it up with crazy hard work, dedication and treating everyone with respect, or you will fail, but its the initial risk taking part that never really was on my radar.

Anyway, so this happened:

2010 you gave me my dream job.  Hosting and Designing for Secrets from a Stylist is incomprehensably fun.  I will always be extremely grateful for HGTV, Design Star, Tricon films (my awesome canadian production company, eh) and all of you who have been reading this blog, who had my back when i blew it on the first episode of DS, who were easy on me in the blogs and comments, then full on amazing to me in the blogs and comments, and who tuned in to watch the Secrets From a Stylist Special (which because of the good ratings and reviews by blogs as well as traditional media was picked up for 2 seasons).  Oh and ‘Luck’, i love you too, cause you brought your A game this year.

But move on over, cause 2011 is here, and full of hopefully even more possibilities, perhaps these possibilities might include someone volunteering weekly free on-set massages, or my hair getting lighter naturally, or even possibly veronica mars coming back for a fourth season.  Here’s to hoping.

1. Work as hard as I healthily can on Secrets From a Stylist.

2. 1 date night out a week with Brian, that poor dude is getting sick of the vapid and vacuous look in my eye at 9pm every night.

3. Oh and maybe, just maybe try to save some money, perhaps the American dream can be ours.

I know i’ve lost a lot of you the past couple months with less blogging, but please come back.  For now it will be usual pretty pics, mixed in with personal ‘how its all going’ kinda thoughts.  Once the show starts airing in a couple months, expect behind the scenes, how-to’s, inspiration pics, mood boards, shopping resources, photographs of the spaces and general amazingness.  In a perfect world there will be flip cam stuff, too.  Oh and i’ll want feedback, the good the bad and the…wait, maybe just the good and the constructive.  When i said i care less about what people think, i didn’t mean completely.  I’m not a sociopath, you know.  And as far as answering all your emails, please please forgive me, i do the best i can but i know there are like 100 of you who i haven’t emailed back yet.  So sorry.

So have a great New Years Eve, i’ll be going to bed at 10 because i’m on the HGTV float tomorrow with Antonio and john Gidding.  My call time is 4am.  We had the rehearsal/judging today:

You can watch it without commercials on HGTV from 8am to 11am tomorrow.  I’ve had three wave training sessions, so expect my arm to be doing something quite magical. 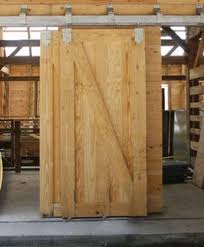 Happy New Year.  You are the cats pajamas, which i just googled, and here is what I got: 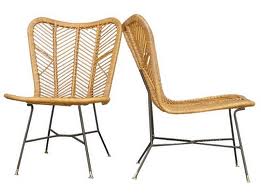