We are juggling quite a few projects, events, clients, Emily’s book, and other fun stuff for you here on the blog and this week our motto was “Conquer and Divide”.  Emily returned back from shooting the book up in Portland, and Ginny and I were therefore back working in the office and the three of us had plenty of work to keep us busy.

The week started off weird. Have you ever gotten in cab knowing where the end destination is and trusting that the cab driver is going to get you from point A to point B in a quick and safe fashion, but then as you get further and further into the route you realize that your cab driver is either A. completely lost, B. trying to rack up the meter to make an extra buck, or C. a psycho murderer?

Well we had a bit of that feeling this week as Emily casually asked us to regroup at a fun lunch together now that she was back in town. We got into the car and we were off and I soon noticed that we were headed nowhere near the usual lunch spots. I thought that maybe Emily had just gotten lost or taken a wrong turn as we all seem to do here in LA, but then when she pulled down a street that I had never been down in an area I had never driven through I thought… my boss is either totally lost and I should pull out my phone – or – i might be getting the axe (literally). She took Ginny and I around the back of a building, through a gate, through a back door, and into a large studio space and said, “SURPRISE! Its our new studio space”. Both Ginny and I looked at her in disbelief. We both countered back with “No, Way?!?” But, she wasn’t lying. This new beautiful space with perfectly lit rooms and 11 foot ceilings was now the new home of EH Design. We all jumped up and down for joy, threw a few high fives and were beyond elated. 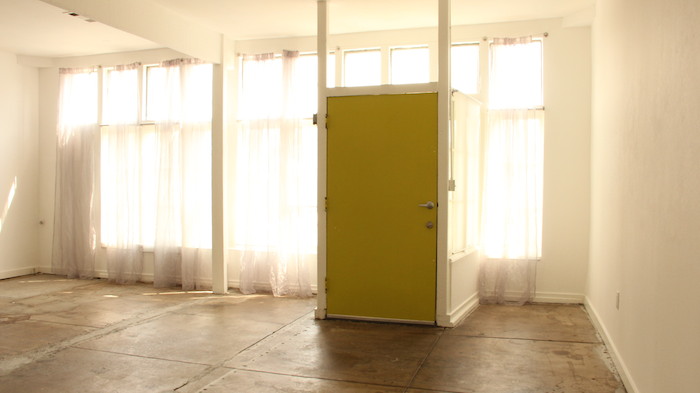 Once we had checked out the new space, we finally made our way to lunch and began planning out the studio space. We have lots of ideas flowing folks and be sure to stay tuned with what we have in store. You can read more about the changes we have made thus far HERE.

Now that we had our new fancy space, we were ready to get packed up and schlep it all from our old studio space which was at Emily’s house and bring it to the new space just a few miles down the road. So our Tuesday was spent, organizing, packing, moving, and getting everything into the new studio space. 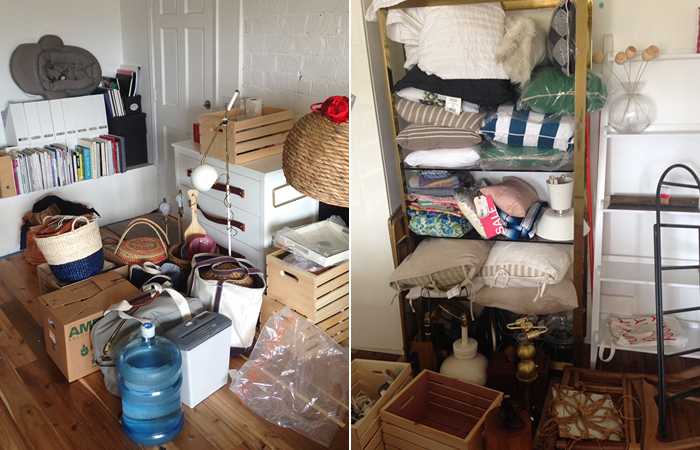 We tried our best at organized chaos. Don’t worry this is not what the Studio looked like on a daily basis. This is after our first sort of what goes to the new studio, what stays, what gets tossed, and what gets hoarded for a garage sale. 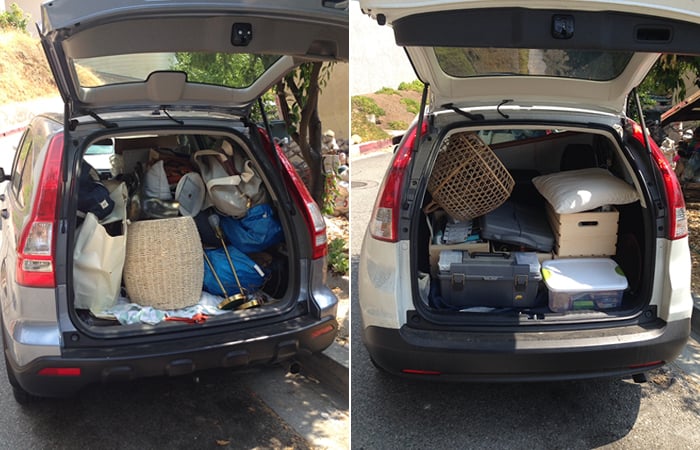 Please observe our wonderful packing skills. Shockingly nothing arrived broken. This is 2 of the 4 cars/moving truck that was filled to the brim. 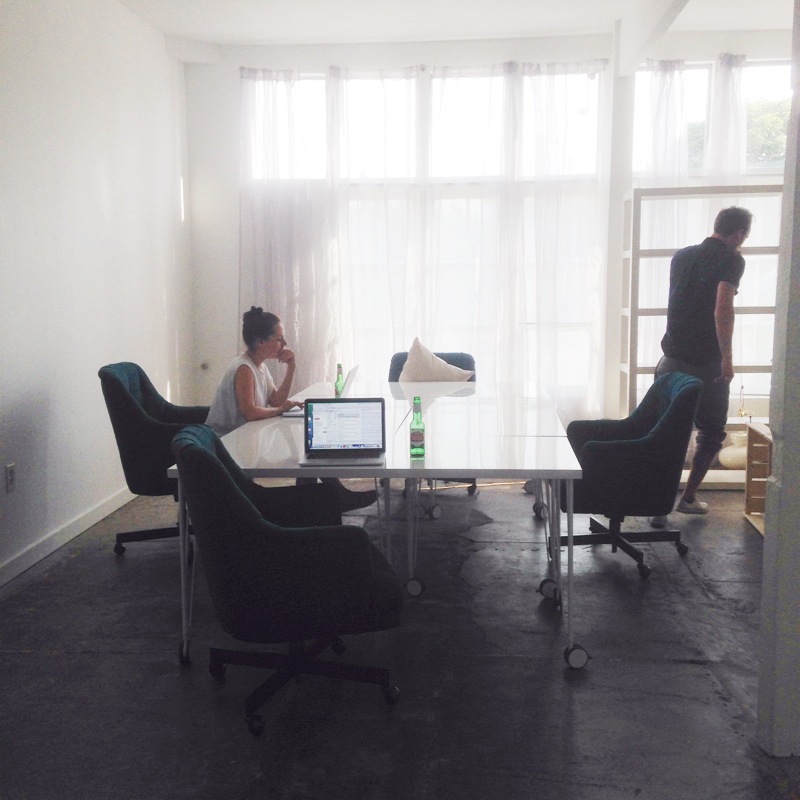 And then we celebrated our first night in the new space together.

Click through to read the riveting tales of the rest of the week.

We started out the day with two very important phone calls regarding some very fun things Mrs. Emily Henderson has in the works. I will give you two small hints… One was with Target and one was with TinyPrints.

Ginny and Emily headed off to The Fabric Store to pick out some fabrics for the new Ban.do office space with Jen which is coming along quite well if I do say so myself, and the only reason that I can say this is because I haven’t been on this project as much as Ginny and Emily have and so get to see it every couple of weeks and enjoy the progression. 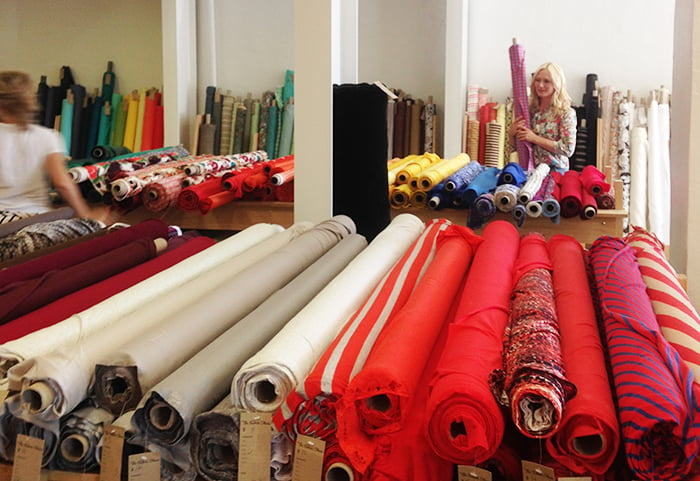 Emily delegates different projects out to us and manages them through each of us. This works well for all of our sanity because we are not being CC’ed on a million different emails and can devote the time needed to each of the clients individually.

(Emily claims neither she nor Jen were having good a ‘face day’, therefore they disguised themselves in fabric). 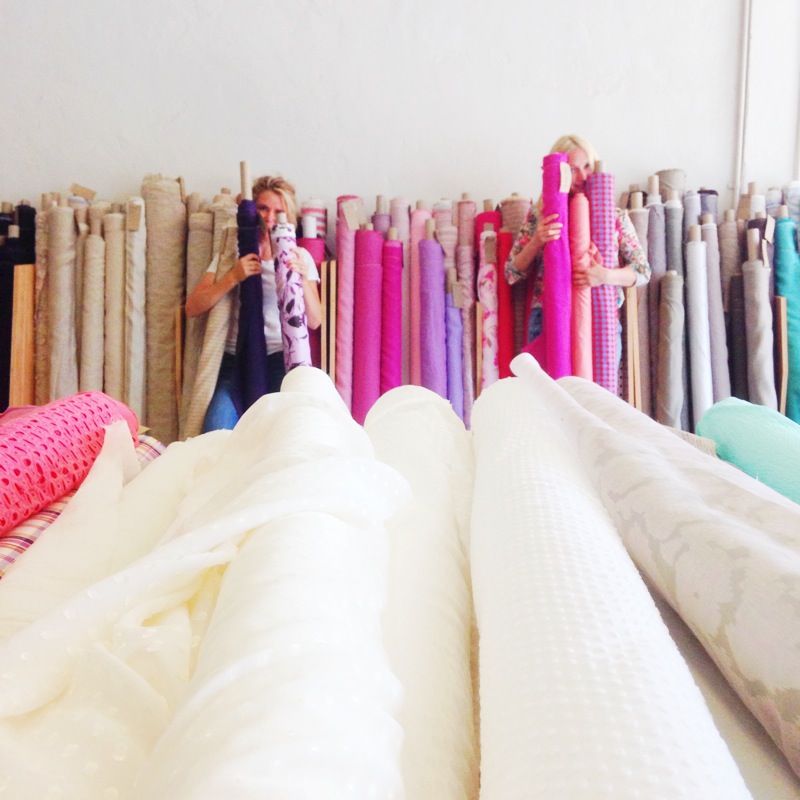 I digress – now back to the rest of what happened on Wednesday. After Ginny and Emily had finished up with Jen at the Ban.do offices they headed to the Salon to get Emily’s hair highlighted because she claimed she was desperate. Also she wanted me to remind you that her good friend, Scott’s boyfriend, does her hair and he is french and just generally amazing at anything hair oriented. He works at Sunset Tower and his name is Christophe. 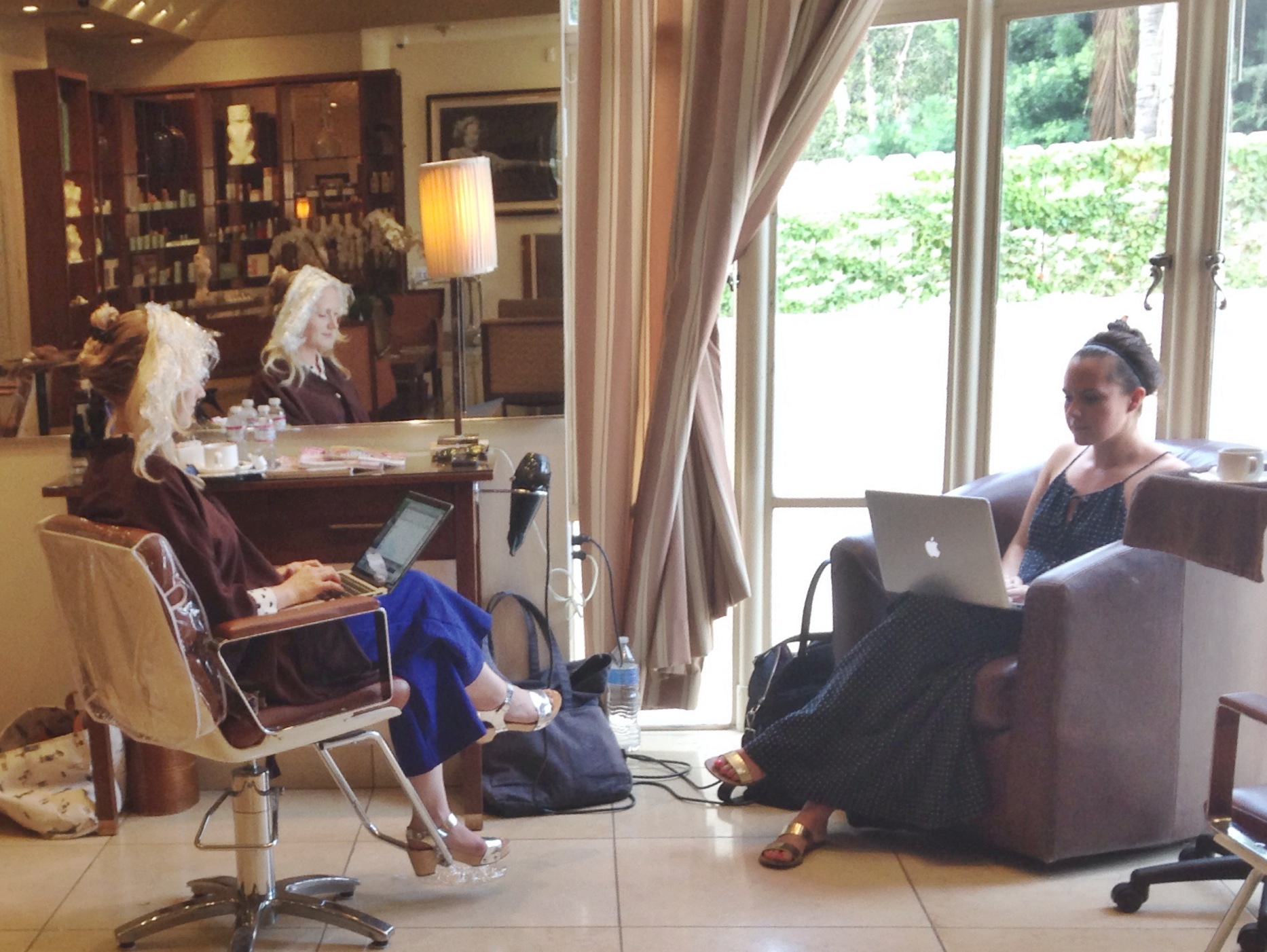 This is the first time they had done this, and it was pretty hilarious and kinda awkward but at least they were both wearing metallic shoes.

While Emily and Ginny had their “Girl – time” at the Salon, I had my “Man – time” at Home Depot. Earlier this week Emily purchased some basic shelving units from Ikea and we decided that for them to totally be functional in the space we needed to add some casters to the bottom of them so that we can move them around when we need a blank wall in the studio space. So, with that plan in mind I headed off to Home Depot, bought 24 casters, a box of screws, and a whole hell of a lot of wood to support the new casters I was installing on the shelving. 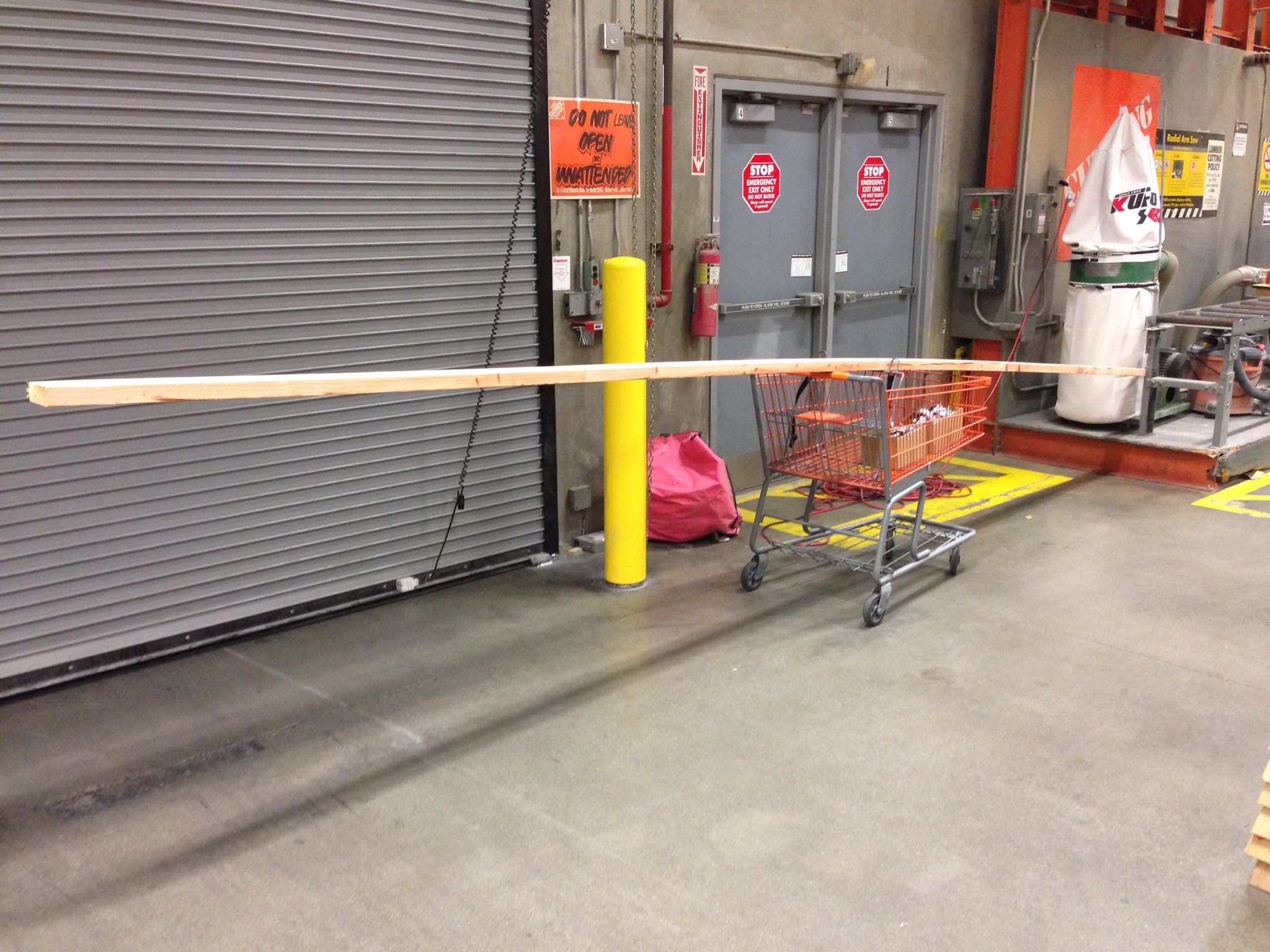 I struggled fitting the wood into my cart (let alone my car) but luckily Home Depot cuts down any piece of wood to any size for a small charge so once I had one large piece cut down to 12 much smaller pieces we were in business. 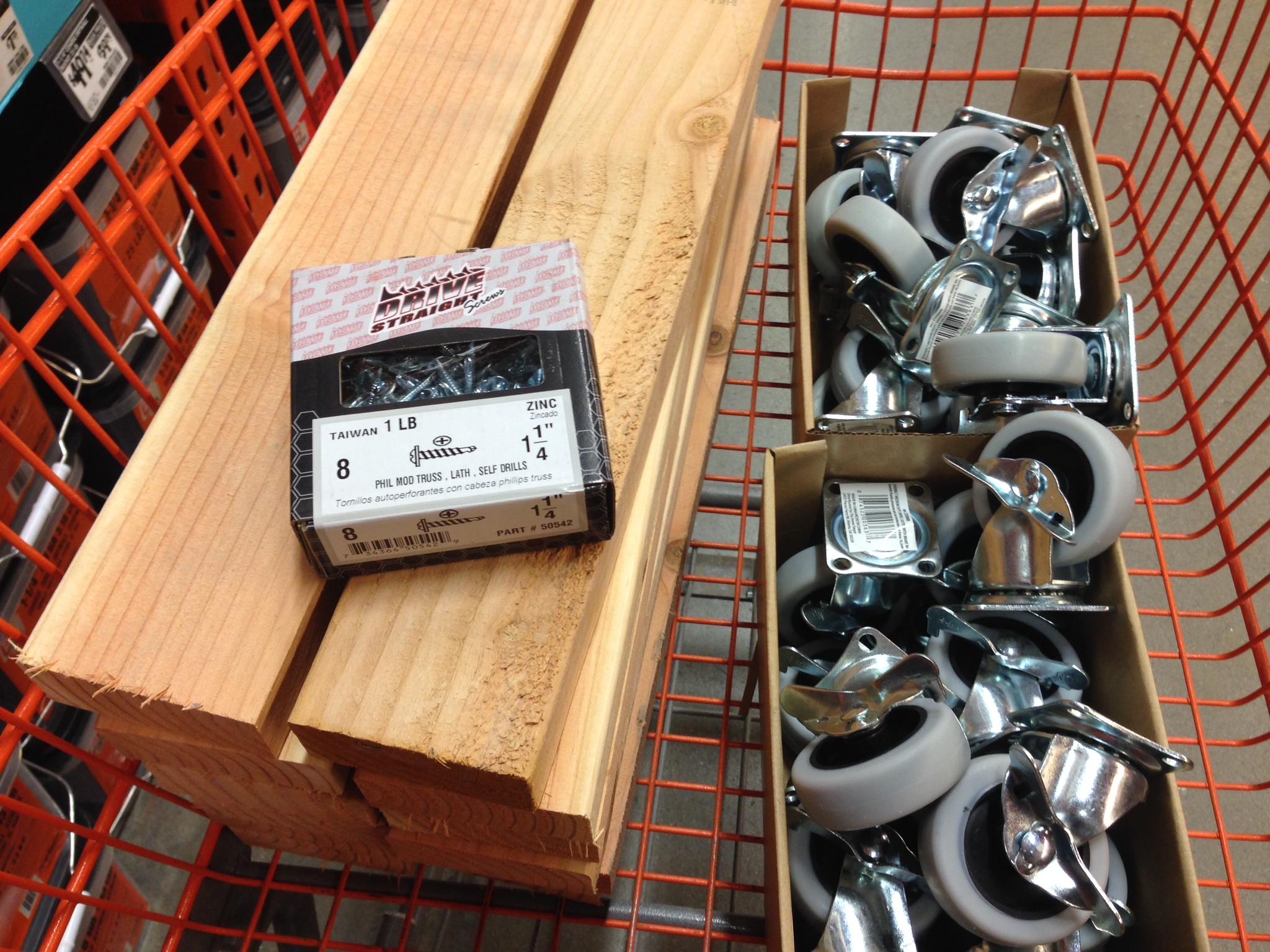 The rest of the day was spent putting all that beautiful new shelving together and getting it prepped for us to pile our inventory on. 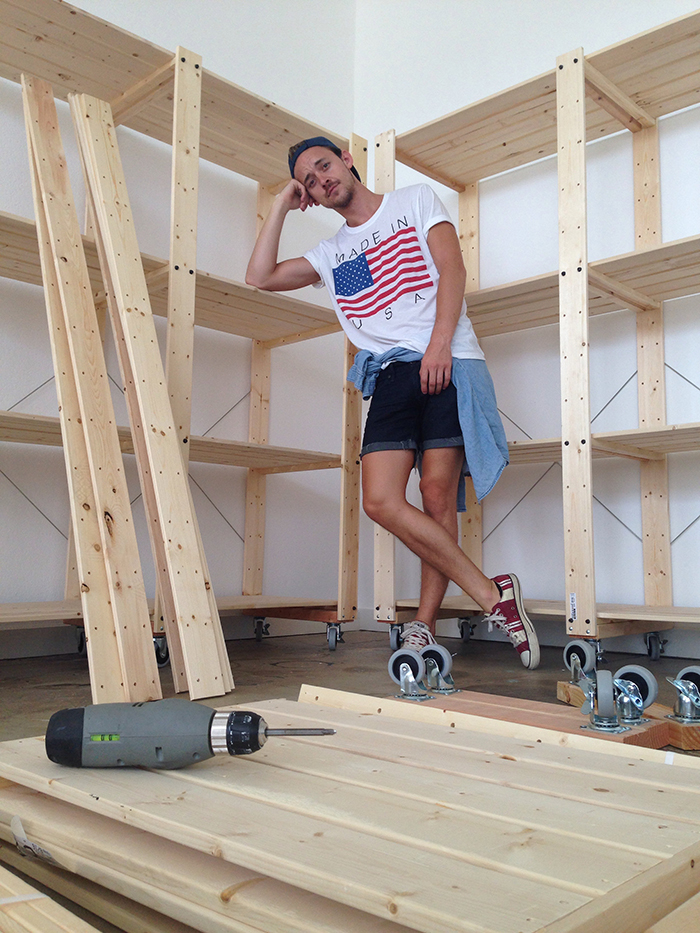 When Emily and Ginny are away, Brady will try to play ….. but mostly just bolt together 8 new shelves from ikea which included 52309824 million screws and parts. Can’t you see the enthusiasm on my face?

Thursday was a busy with computer work,  but not as exciting for me to go on and on about in a blog post. Basically Ginny and I caught up on a lot of emails, prepping blog posts, and organizing the new office space while Emily attended a Target event (promoting the new Yoobi brand) and purchased some new items for the office. 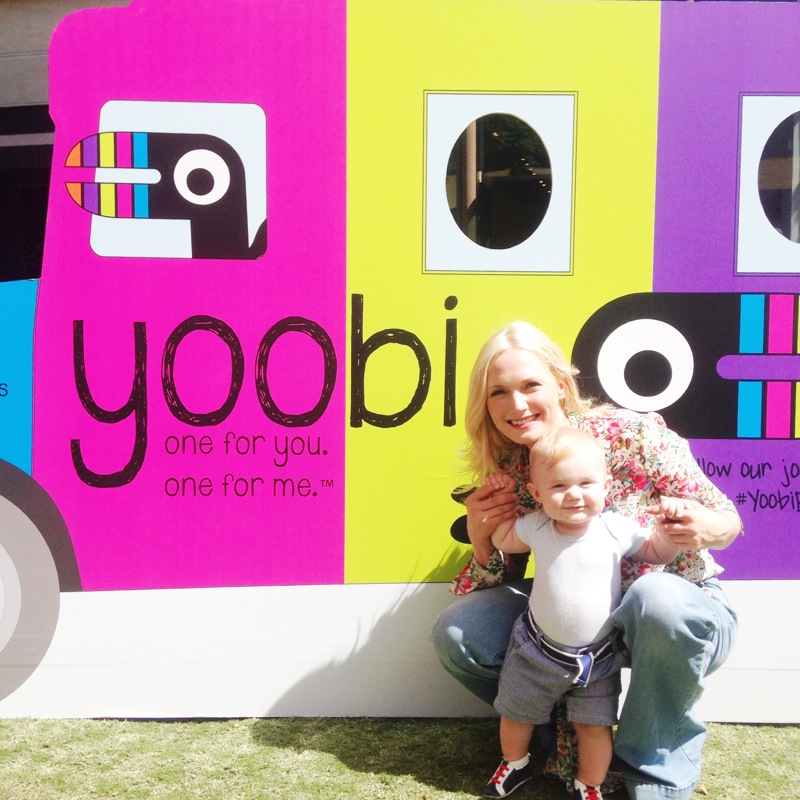 So … we will just skip to Friday, just like we all like to do in our real lives. Who needs Thursday when you have the weekend coming up?

Friday’s are always very different for each of us. It typically involves a half day of work, not because we are eager for the weekend and sick of working but because we have some other personal things that we have to take care of. Emily has a child… you know… that beautiful baby boy we call Charlie? 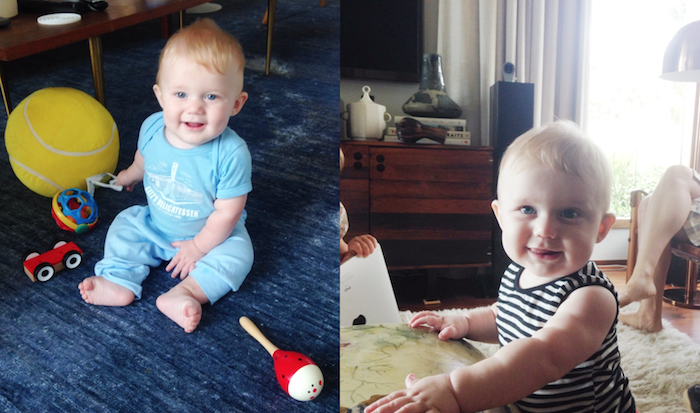 I keep trying to teach him how to answer all my emails, but he doesn’t seem to be catching on too fast. I think it’s because he realizes he has much more interesting things to do than sit on my lap whilst i force him to do my dirty work, and that he is far too cute for a job behind the desk anyways (that was a couple of weeks ago in the old space, clearly). 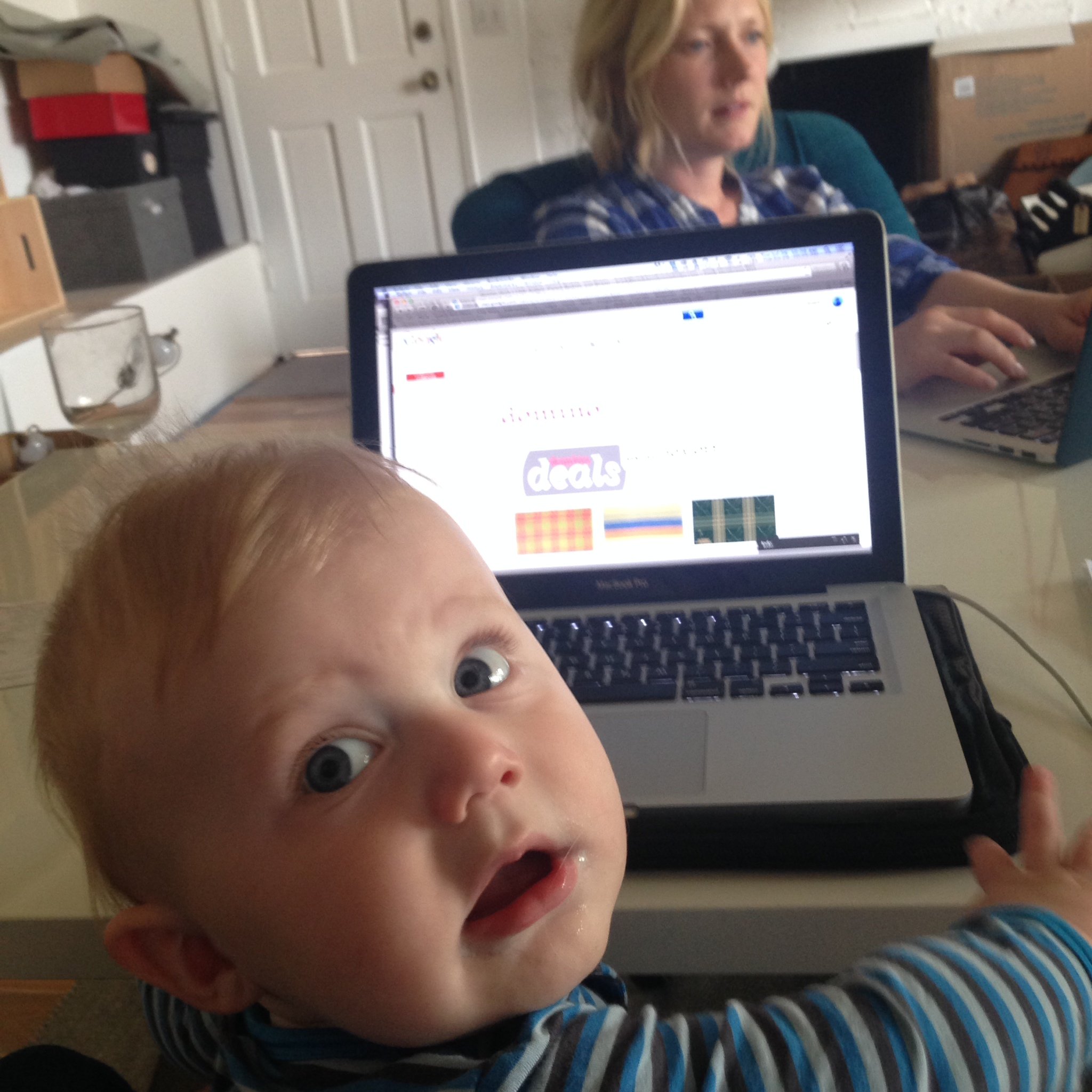 Emily likes to spend her Friday’s with him, while she shops for new props, furniture for clients, or anything else that is currently on the to-do list. It allows her to do the “fun things” and still devote the majority of the day to him. While Emily is raising a small human, Ginny and I wrap things up with whatever we were working on during the week, and work from home – whilst drinking tea, in our pj’s, and listening to Frank Sinatra.