When Brian and I were 26 years old we wanted a dog, REALLY bad. I would molest every single adorable dog on the street, but we lived in a 250 square foot studio apartment and worked 60 hours a week so it wasn’t really in the cards. There is something about living in New York that makes you crave nature/innocence or something. I even walked dogs as a job for a year when I was 22 in Manhattan. I was one of those people who had like 5 dogs on leashes, looking like they were being drug around the town all day picking up poop, at the whim of these animals, but secretly loving it.

So we actively tried to appropriate our love of dogs onto cats and it totally worked.

Neither of us had really owned cats (we had some growing up but they were indoor/outdoor so not really around). We went on Craigslist and found these two tiny kittens to rescue from the projects in the Bronx. Of course we thought we were rescuing street kittens; stray cats abandoned in a dumpster. But when we got there it wasn’t quite the case as we realized (slowly) that they were in fact people who found cats, mated them and sold their litters. Once we realized what was happening it seemed like even though it wasn’t a traditional rescue situation, these cats still needed to be saved and needed good homes.

We actually only intended on getting one, Mimi who was the most beautiful of the litter, but then Bearcat started meowing and kinda bit me in a sassy way. They were 1 week old when we first met them and 3 weeks old when they insisted that we take them off their hands – which was way too early and when we knew that these people were bozos.

Brian and I both knew we should get two cats and thank god we did. And we didn’t call the ASPCA on them because well, clearly they were desperate/pathetic people whose lives we didn’t want to ruin even more, but we did tell them that we called the ASPCA and that they were going to be doing random checks at their address. Maybe we should have actually turned them in but they had our personal info so, you know, threatening seemed a lot less terrifying. Hopefully that worked. 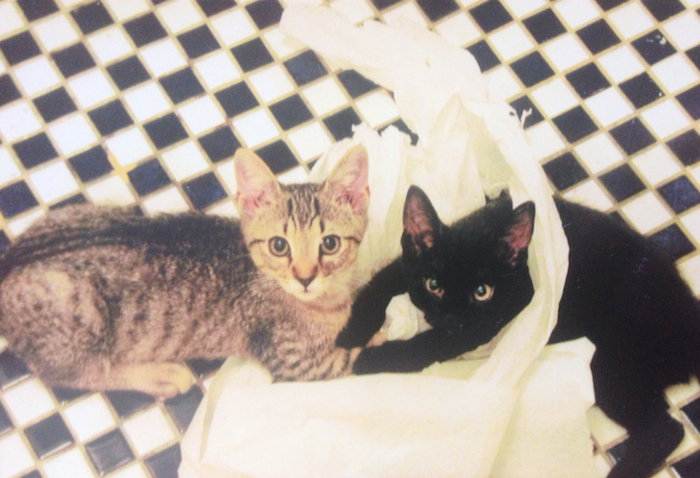 Anyway, cut to 8 years later and we still have these two hilarious cats that we love so much, Bearcat and Mimi. Bearcat is the friendliest, most full-of-love cat you’ll ever meet. You only have to meet her for a couple of seconds and she will rub her face on yours and snuggle into your armpit. Mimi, or more properly, ‘General Meow’, has quite the attitude, independence, and sass, indeed, but she loves us, (Brian at least). As far as whether we are cat people the answer is ‘absolutely’, but we are also dog people and there are many of us out there – people who just love both animals for how quirky/dumb/happy/lovable/smart/clever/friendly they all are. Animals are awesome; cat or dog. 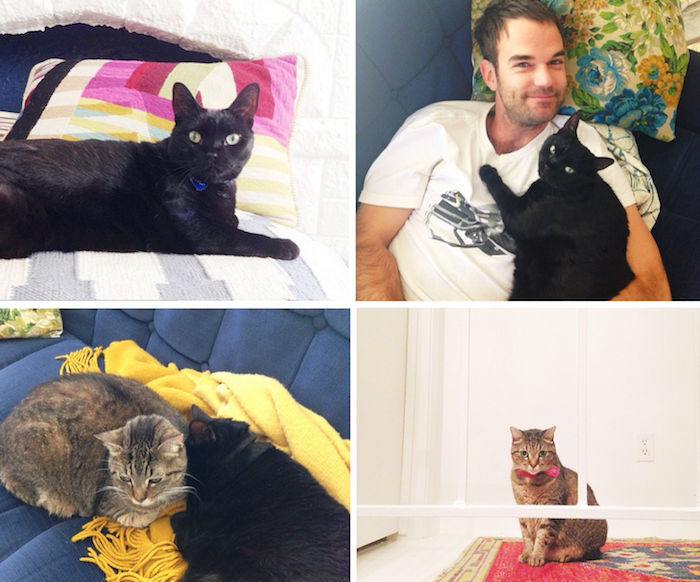 So when Arm and Hammer approached me to makeover a cat shelter in New York the answer was ‘absolutely’, without hesitation. It sounded like an interesting design challenge, and for a good cause (the shelter got a free makeover by Arm and Hammer and free Clump & Seal litter to help keep it smelling super fresh). If it will draw more people to the shelter and adopt out more sweet kitties then that seemed like not a job to turn down. Not to mention create a happier work environment for the vets/Volunteers that work there and a happier life for the kitties themselves until they find their new home.

So here are some pics of the space before construction started. I had about an hour to see it for myself a month ago, but otherwise I’ve had Isabella Patrick, a wonderful friend and designer, helping project manage it. 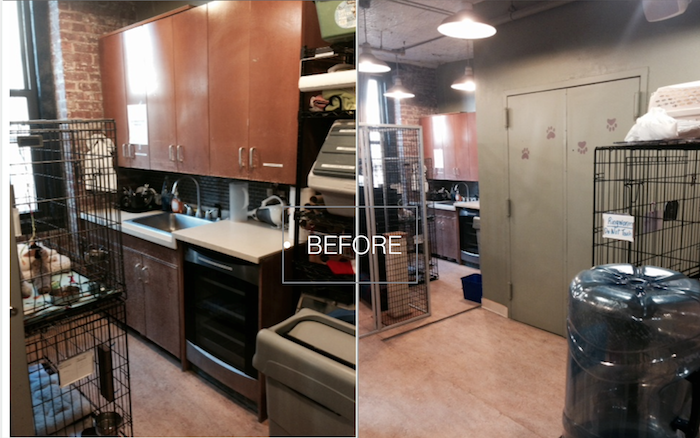 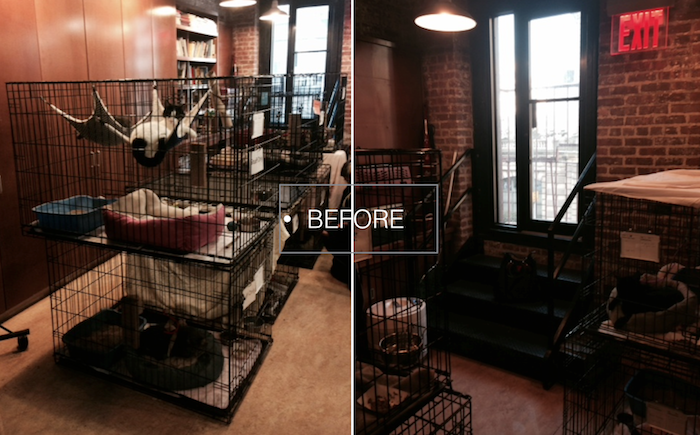 If any of you are interested in seeing the ‘after’ in person, and interested in hanging out with me (and Charlie if he up for it) after the press event on thursday come on down to Animal Haven, 251 Centre Street, in Soho, this thursday from 6-7pm.

Here’s a sneak peek of what is happening, but it doesn’t show all of it, including  an installation by visual artist Kathryn Godwyn. 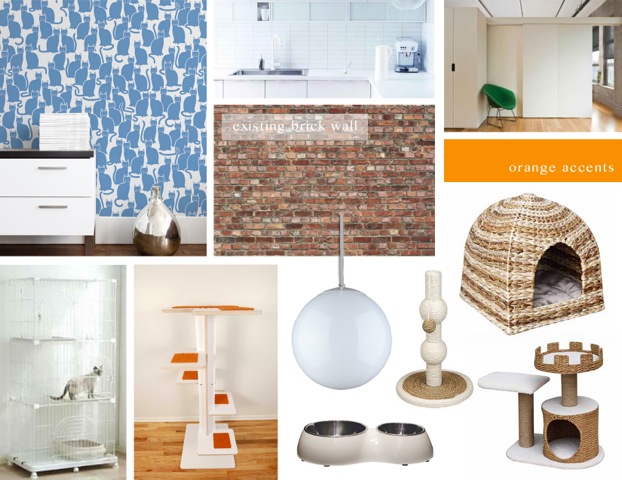 Don’t let me sit there alone, staring out the window, batting around a feather and occasionally licking myself. What am I saying?!!! I’ll be in there playing with them kitties, sticking their fur in my face and asking them if them if its true that someday their planet will take over ours. But come by and interrupt me and see the space.

Besides, Charlie doesn’t know it but he’s a cat/animal person, too, so he’ll be there pulling some tails.

So quick poll friends: ‘Cat person’, ‘Dog person’ or both (or neither)?